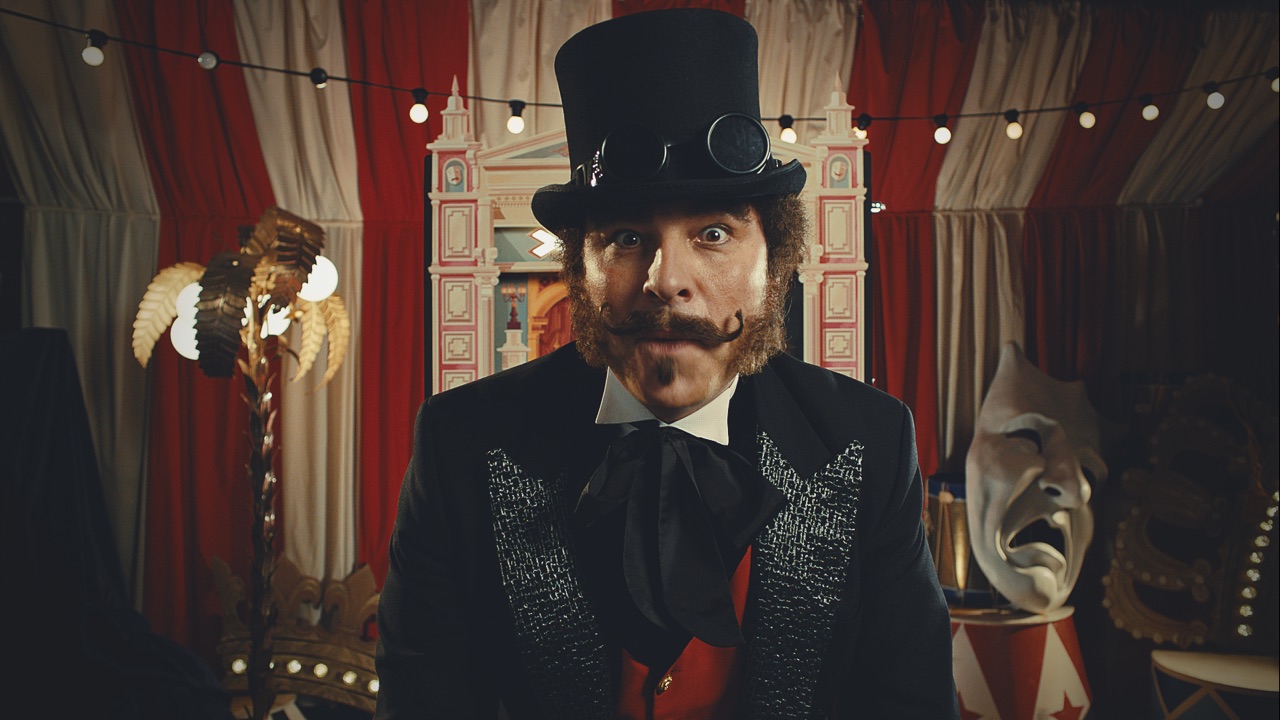 The spot features a mini theatre and many oversized characters including a giant teddy on a unicycle, a giant David Walliams peering through the window and Alesha Dixon in a skin tight PVC dress.

Olly’s background as a production designer in commercials, film & theatre comes through strongly in his work. His clever, innovative set design and styling is clear in his campaigns. He also has a flair for storytelling, comedic timing and performance in all his work, particularly evident in his Cancer Research and National Express ads. He often combines his experience and talent in visual design to seamlessly blend in-camera tricks with post and create worlds with a combination of set builds and CG.

Olly’s recent short ‘The Fly’ is doing really well at festivals, cleaning up at the Plymouth Film Festival picking up the Grand Prix, Best Comedy and Roger Deakins award, who said, "... it was ’The Fly’ which had me totally engrossed and wanting for more... it was so well acted and so well structured that it felt entirely fresh… Such simple development of such a simple situation is, I know from personal experience, deceptively hard to sustain... Quite masterful.”

Olly used to be half of the directing duo Diamond Dogs. They wrote and directed the award winning short film ‘The Black Hole’ taking the Grand Jury prize at the Virgin Media Short Film Awards, and winning countless other awards at festivals. The film was described as “beautifully crafted” and exhibiting “perfect story-telling” by the prestigious judging panel which included Kevin Spacey & Gurinder Chadha. It went on to attract over 17 million hits on You Tube.

Olly is represented by Another Film Company.