Another Good Review for Reeves

New work by Another Film Company via Ogilvy London 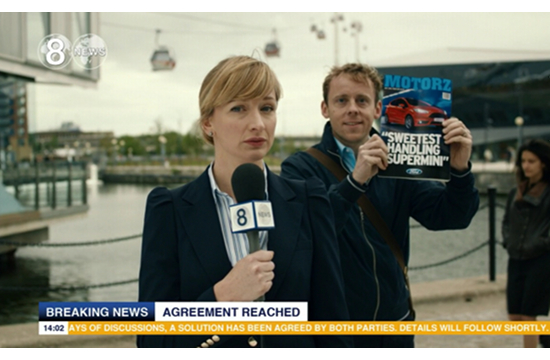 The Creative Team were Darren Urquhart and Thomas Smith,  CD Dennis Lewis and Sally Miller was the the agency producer. They worked tirelessly to find the music track, at one point Sally had over 1000 tracks to listen to, and their perseverance really paid off as the track brilliantly underpins the idea.

Says Reeves: "This was a great idea and gave me loads of scope to really get involved with the team, Daz & Tom and CD Dennis, in creating some smart scenarios, with great character casting. There was a danger that the characters could have been irritating, so casting likeable, charming actors was imperative. This was particularly acute with the tv reporter scene, which I think worked out pretty well and I love the genuine look of amazement that we got from the little girl with her Dad.
Jamie the DOP worked his magic to deliver the cool crisp look to the film, which was tricky with the flat light that we got on location"