Pato Martinez, Brian Kazez and Francisco Canton sign for UK and US representation 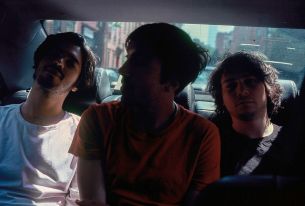 PANTERA was also recently awarded a Bronze Lion for Film Craft: Direction and a Silver Young Director Award at this year’s Cannes Lions Festival for their short film 'Woza,' a modern, mystic tale of an African surfer, for surf company Mami Wata.

“I was excited from the moment I saw their work. PANTERA brings a fresh energy and a bold vision consistent with the Anonymous Content roster,” says Eric Stern, Anonymous Content’s Managing Director and Partner.

“We really look up to everything Anonymous Content has made, and we feel it’s the right place for us to develop our ideas and bring them to life alongside such great directors and producers,” says PANTERA. “We know we’ll get to be part of the best work out there, while also joining a team that has our back and pushes us to execute projects at the highest level.”

Martinez, Kazez and Canton began working together five years ago, each bringing a different background to the collective, from still photography and cinematography to art direction and music. Eventually, their collaboration evolved into the Buenos Aires creative studio Pantera&Co, where alongside their own projects, they work with other directors, photographers and producers.

Says PANTERA, “We’re excited to continue our growth with the strong backbone of Anonymous Content.”