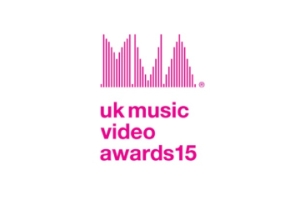 The annual UK Music Video Awards has opened for entries for the eighth year, now accepting submissions from across the globe in production, direction and post-production as well as a range of technical skills. This year’s Awards will take place on November 5th and will be held for the first time at the iconic London’s Roundhouse, which has hosted legendary performances from the likes of The Rolling Stones, Jimi Hendrix, The Doors, Led Zeppelin, David Bowie and The Clash.

The art of music video making is in a time of struggle, and the importance of the music video to the global music industry is greater than ever. Last year’s Icon Award winner Joseph Kahn was presented with his trophy on the same day that his video for Taylor Swift’s ‘Blank Space’ debuted, and it has since racked up nearly a billion views on YouTube. Kahn recently followed this up with ‘Bad Blood’ for Swift, which has had nearly 250 million views in a month.

Swift is just one among a new generation of ‘video stars’ who choose the medium as a vehicle for expression. In addition to global megastars like Taylor Swift, Beyoncé and Katy Perry, we’re seeing artistic collaborations between artists, directors, choreographers, animators and art directors and even brands that are helping to push boundaries and extend the reach and impact of the music video format. British talent FKA twigs, who co-directs all her own videos and picked up the newly introduced Best Video Artist award last year. Meanwhile, Florence + the Machine has enjoyed a fresh collaboration with director Vince Haycock for her latest album, creating three videos together for the tracks “What Kind of Man,” “St Jude,” and “Ship To Wreck.”

Now as an International event, last year’s UK Music Video Awards saw winners from the USA, Canada, Australia, France and Israel sitting alongside British talent. Prettybird directors DANIELS picked up Video of the Year and Best Dance Video - International. The big British winner of the night was Daniel Wolfe for his eight-minute epic for Paolo Nutini’s ‘Iron Sky,’ which picked up the Best Pop Video title as well as the coveted Best Cinematography prize for Robbie Ryan.

The UKMVA’s editorial director David Knight says, “At a time when the music video is more important than ever to the music business - as income generator as well as promoter of music - the UK Music Video Awards celebrates the art form. It's all about the creative collaborations of artists, directors, producers, choreographers and a host of other talented people. Each year we get to marvel at music video's greatest achievements and this year will be greater than ever.”

The UK Music Video Awards 2015 is now open and accepting entries in over 30 separate categories, including genre-led awards, as well as specific technical and craft awards, and awards for individual producers, directors and commissioners.

Entries can be made via the MVA website and the deadline is August 5.