The event is designed to showcase the talent and community of Snapchat and more than 300 'snappers', influencers, social media superstars and media are set to attend with a combined reach of over 200M. 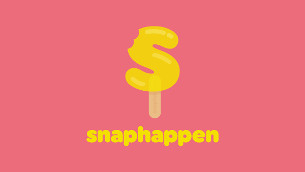 Snaphappen, the world’s first ever community led global Snapchat event run by the Snapchat community has been announced. This groundbreaking event will be held at the coolest new venue in London, the Magic Roundabout in Shoreditch, on 22nd September 2016.

With sponsors The Lad Bible, 3 and Cisco already on board and Mashable hosting a pre-event, Snaphappen is designed to showcase the talent and community of Snapchat and more than 300 snappers, influencers, social media superstars and media are set to attend with a combined reach of over 200M. Some of the biggest and best Snapchat* stars will be jetting into London from all over the world; from the US, Dubai, Philippines, Lebanon and Israel, all keen not to miss out on this iconic event. There are already plans in place for a Snaphappen event in New York early next year and next San Francisco, following the massive response to date from the Snapchat community.

Just a few of the key speakers already recruited include Shaun McBride, better known as Shonduras, one the most influential in the world on Snapchat, with over 2.3 million views daily and one of the best at storytelling on the platform. He has worked with some of the biggest brands in the world including Disney and Sphero. Yusuf Omar from Hindustan Times will be talking about his use of Snapchat with reference to his coverage of India’s first Climb Against Sexual Abuse and the serious applications that the platform can have in journalism.

Also confirmed is Tristan De Burgh, or Tristan Tales, another renowned storyteller whose original humour and authentic style are widely respected in the community and who has worked with the likes of Red Bull, Coca-Cola and Fox. Another confirmed is Julius Dein, a storyteller and magician with over 100 million views on Facebook and 1 million daily views on Snapchat. Geir Ove Pedersen, Geeohsnap, is an incredible Snapartist, whose "Random People" series is one of the most viewed on Snapchat. A dominant force within the Snapchat community in the Nordic regions, he regularly speaks at conferences and works frequently with major brands, most recently Microsoft.

Alongside other internationally famed Snapchatters such as Cyrene Quiacomo and CJ they will be talking about their love of the app, how to make your best stories and giving tips for drawing on Snapchat. Their followers will have the unique opportunity to meet face to face with and learn from the experts and be able to collaborate with hundreds of other Snapchatters from all over the world.

Those looking to replicate their idol’s success can listen to talks from Snapchat* marketer Carlos Gil, who has over 20 years of digital marketing experience and Chris Kubby, a bilingual executive with extensive corporate marketing experience, engaging consumers via digital, social media, mobile and e-mail channels. Carlos is very well equipped to offer the audience an incredible insight into Snapchat for your brand, whether it is your personal brand or a company’s brand. These two experts will discuss how to use Snapchat to get your brand noticed, how to work with corporate brands and how to showcase your brand more effectively.

Guaranteed to be a fun filled event with a real festival vibe; attendees can enjoy gaming stations and even be part of the biggest Snapchat collaborative story, which could well be an official Guinness World Record attempt subject to further discussions. The face swap selfie party, where you do a face swap with someone you don't know, aims to spark networking and community growth and using the #SnaphappenFaceSwap hashtag amazing prizes are up for grabs.

In the evening, the real partying begins at The Ghosties Snapchat Awards; the first awards event to honour the best storytellers, artists, comics and vloggers to grace the app. Hosted by imnickroberston (UK based influencer) and Ginicanbreathe (US based influencer), the awards will be streamed live across 3-4 platforms and dozens of accounts, but specifically targeting media agencies both in the US & UK who are keen to participate. Maxus currently the #1 agency in the UK for awards and 7stars the #2 are both on board with many other agencies also interested in being part of this unique event.

Come along to find out who are the lucky award winners of the Ghosties Snapchat Awards 2016 with categories including Best Newcomer, Funniest Snap Story and of course The People’s Choice and maybe you could be on the winners podium next year!   So don’t miss out and be sure to take advantage of the early bird tickets for Snaphappen and The Ghosties available now from Snaphappen.com; your chance to be part of the biggest mass Snapchat collaboration ever - let’s make something great!

Please note that general admission tickets do NOT include entrance into The Ghosties.

For full event details and to learn more visit: Snaphappen.com