Mateo has worked on a number of landmark BBC series including Blue Planet 2, Planet Earth 2, Frozen Planet, and Dynasties 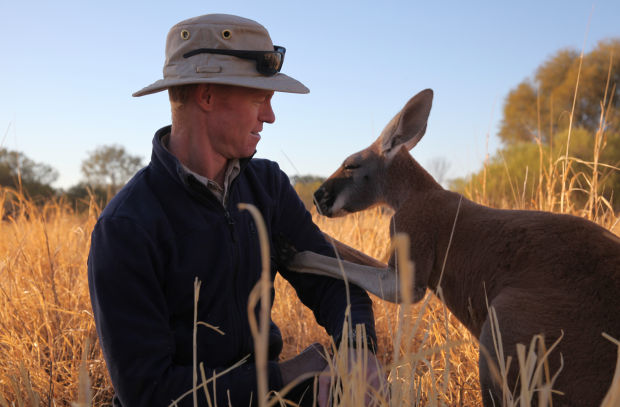 ANNEX has announced it will now represent BAFTA and Emmy-winning director Mateo Willis for commercials and content worldwide.

Mateo earned international recognition as a filmmaker through his work on a number of landmark series for the BBC’s Natural History Unit; Blue Planet 2, Planet Earth 2, Frozen Planet, Human Planet and Dynasties. Along with numerous nominations for cinematography, these have earned him two BAFTAs and two Emmy Awards.

The ground-breaking, lavishly-shot documentary series Planet Earth 2 swiftly became the country’s most-watched TV show – serving up gripping wildlife sequences and unseen footage from the world’s most remote corners. Mateo worked on almost every episode as a director and cinematographer, filming remarkable animal stories around the planet.

Filmmaking is second nature for Mateo: “When I started experimenting with moving images the medium felt very natural – the synthesis of composition, time and the power of storytelling.”

He is well-known within the wildlife industry for capturing some of the most iconic events of the last decade. For Netflix’s Our Planet he perched on the side of a massive glacier in the Arctic for weeks, waiting for the moment it would fall. On the final day, with only an hour of light remaining, it finally occurred. Hundreds of thousands of tonnes cascaded into the ocean, a valuable demonstration of the vast power of nature and the rapid change it is going through. Mateo commented: “Weeks of waiting translated into one of the most intense twenty minutes of my life. Every shot had to count, it had to be perfect. There were no second takes.” His footage went on to become some of the most iconic of the series.

In recent years, Mateo has transitioned from cinematography to directing landmark wildlife films. In the recent Hostile Planet, a major series for National Geographic, he directed the lead episode. The series is presented by Bear Grylls and took three years to make. Preparation for these shoots is highly detailed and requires a substantial amount of knowledge of the animals and extreme environments. For Mateo these skills have been refined over numerous filming trips to every continent on the planet.

“As much as you should approach these shoots with a shot list and plan everything in advance,” he advises “one should always be open to the beauty of the story unfolding in front of you. Often nature will create something more interesting, more magical, than you could have ever imagined.”

As a mountain specialist, Mateo has spent many years filming the elusive snow leopard, who feature heavily in his Mountain episode of Hostile Planet. These cats are notoriously hard to see and have become the holy grail of wildlife filming. Mateo would place remote cameras on the animals’ trails and leave them there for months, eventually capturing perfect shots of the snow leopard’s private lives.

“The pace of technological change increases year on year and this is part of the challenge – keeping up to date with the latest equipment. But often these advances enable us to tell more compelling and exciting stories.”

In Hostile Planet, he wanted to communicate the experience of a golden eagle as it soars over mountain ridges. To do so he employed a world champion racing-drone pilot to fly a custom craft over the Alps at 120 kmph. The results are a thrilling roller coaster ride across snow-capped peaks, capturing the speed and power of these majestic animals. Mateo’s work is defined by a strong sense of perspective and tone, immersing the viewer in natural world.

Mateo plans to bring his experience of working with the best technology for capturing wildlife into the commercials market.

Speaking of the new hire, the team at ANNEX said: “Blue Planet 2, Planet Earth 2, Our Planet, these have been some of the most beautifully shot, informative and wide reaching programmes of our generation. I don’t think I’ve ever met someone who doesn’t adore these series. We feel beyond privileged to have the opportunity to work with someone with the talent and experience that Mateo has in this field and are so excited to be able to offer him to some of the best brands on the planet!” 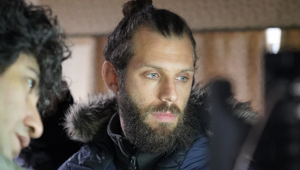