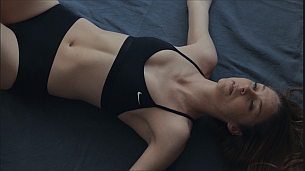 Annex Films has extended the messages of International Women's Day into this week with a new short film, 'Ella', directed by Phoebe Arnstein.

In Phoebe’s own words: "Everything Ella stands for as a woman is manifested in the way she commands the space around her.

"I wanted to be as close as possible, to feel her body move and to listen closely to her candid contemplations  about the complex relationship she holds with it.

"This International Women’s Day I’m thinking about the mentorship of younger women and men and the responsibility we have to guide this generation into a world that we can confidently say is diverse and equal."