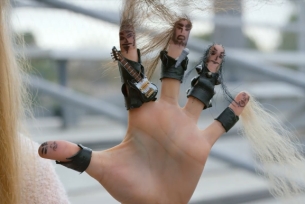 Created for an anti-smoking campaign, ‘Real Cost - Fingers' features a girl who is completely unwilling to split up her love-struck fingers or her heavy metal band to partake in a cigarette.