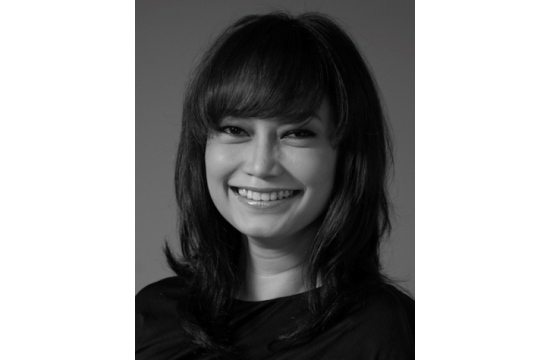 Succeeding current managing director, Thomas Sutton -who will be leaving the agency for personal reasons and to pursue other business interests - Ridwan will work closely with Brian Capel, technical advisor, creative, to jointly lead Leo Burnett Group Indonesia, which is currently one of the largest and most reputable agencies in the market. Since she joined the agency, Ridwan has been actively involved in the plans and management of the group in preparation for succession to the leadership role.

Jarek Ziebinski, President, Leo Burnett Asia Pacific, who is in Jakarta today to announce the promotion, said,” As a key member of the management team, Anne has played a key role in the growth and development of Leo Burnett Indonesia since she joined us. The promotion not only formally recognises her excellent work but also empowers her to take the agency to another level. Together with Brian, who is one of our strongest creative leaders in the network, they will form an excellent team to take on Indonesia, a key market for us in the region as well as one with a lot of exciting potential.”

Said Ridwan,” Having the right team to win in Indonesia, the fourth most populous country in the world as well as the most bullish consumer market is a key prerequisite for success. I believe we already have an ‘A’ team at Leo Burnett, which has a solid track record of delivering over 50% growth in the past three years. Having the privilege to work alongside this team for nearly two years, and to be handed the reins now to lead the charge on taking the agency ahead is a great challenge that I’m looking forward to tackle.”

“Brian, myself and the management team are committed to putting a plan together to double the scale of our agency business in the next three years and continue to the deliver the highest quality of work that are creatively relevant for the Indonesian people," continued Ridwan.

With over 15 years of experience in the advertising and brand communications business, Ridwan has worked on clients across multiple categories including services industry, personal care, household products, FMCG, tobacco, pharmaceutical, oil and gas. She was also instrumental in growing brands such as simPATI, Unicharm “Charm”, Lux, Shell and HSBC in Indonesia.

She began her career in advertising in 1994 working on British America Tobacco and Coca-Cola Indonesia.

In 2000, as an account director, she took a sabbatical to pursue graduate studies in Harvard University Extension School and Emerson College in Massachusetts, United States. She returned to Indonesia in 2005 with a graduate degree in Administration and Management and Global Marketing and Advertising. She took on a role as the head of account management in JWT and was later promoted to general manager of the agency.

She joined Leo Burnett Indonesia in 2012 as managing director of alpha245 and Group Executive Director and played a significant role in leading the agency with the key management team, managing and growing clients’ businesses as well as securing new businesses for the group.