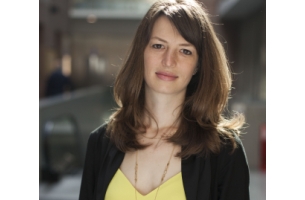 DLKW Lowe has appointed Anna Vogt to the newly created role of Head of Planning. Previously Strategy Director and Partner at BBH London, Anna is a highly regarded planner with a strong track record in digital product and service innovation and a portfolio that has been creatively, commercially and culturally awarded. The appointment comes as DLKW Lowe continues to build on its growth and integrated account successes.

Anna joins from BBH where she was a Strategy Director on flagship accounts British Airways and Clarks as well as Boden and Tele2.

Her passion for useful creativity led to a secondment in 2014 when she worked at Monterosa in Stockholm, BBH's mobile tech and innovation agency. Upon returning, she led the integration of this offering into the BBH London office.Prior to her role at BBH, Anna held the position of planner at Grey London. She started out as a WPP Fellow.

Anna explains, “DLKW Lowe is brimming with ambition and potential and the kind of energy that means serious business. I'm super excited to be on board and can't wait to help accelerate this journey.”

DLKW Lowe Chief Strategy Officer Charlie Snow said Anna’s appointment was a critical moment for the agency. “I’m delighted that Anna is joining the team; she will be a key player in the agency as we continue to place strategy and innovation at the heart of our business. She is a brilliant strategic mind and a team leader who operates at the cross roads of business, creativity and technology.”

Anna also joins the agency as a proud working mum alongside others in the leadership team including Head of Account Management, Charlie Hurrell and Head of HR, Sadie Joy. DLKW Lowe is open about their strategy to take a more progressive approach in this area and build a balanced, diverse workforce. Earlier in the year DLKW Lowe announced their partnership with She’s Back supporting women returning to work after a career break.