Stationed in Manila, Testa take over the reigns from Mary Buenaventura 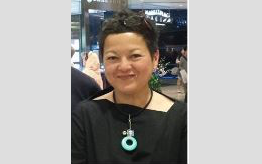 Testa has been stationed in Singapore, London, and Tokyo, and has worked on Whisper / Always and SK-II. Her earlier assignments in Manila, were in the fields of advertising and in business process consulting.

“Anna brings a wealth of experience to the role and we are delighted to welcome her on board,” said Bhasin. “We’re sad to bid Mary farewell but wish her the very best in her new role. I know that Y&R Philippines will only continue to grow under Anna’s leadership and look forward to achieving continued success with her.”

Y&R Philippines enjoyed a banner year in 2014, posting a record 80 per cent in new business. Mary Buenaventura had been with the network for 13 years—having joined in 2002 from Basic Advertising, Buenaventura was division director on various accounts across multiple categories, and then chief operations officer, before rising to become chief executive officer.

“Mary has certainly set the bar high and her many achievements will be a tough act to follow, but I look forward to the challenge,” said Testa.

“Y&R has a fantastic team in the Philippines—creative, brilliant and daring—who have propelled their agency to becoming one of leading integrated marketing communications firms in the country. The breadth of services of Y&R Philippines is impressive, from branding to shopper to activation to digital. And they even have a Cannes Lion under their belt. I’m very excited to be working with them and am certain there will only be many more wins ahead.”

Testa reports to Bhasin and is based out of the Manila office.