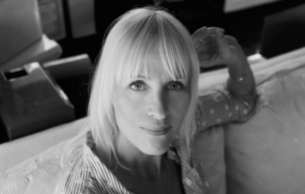 Los Angeles and Nashville-based music production company SOUTH is pleased to announce the addition of Ann Haugen as EVP/Director of Production.

Ann Haugen takes the post with an impressive record of guiding teams to create innovative and pioneering music for the advertising world, from original scoring to music licensing, sound design, and audio branding. Her rare combination of creative instinct and business acumen – along with her unfaltering passion for all things musical - is reflected in the success of renowned audio shop Elias Arts during her history with the company spanning over a decade as EP and General Manager.

Haugen led the musical production behind global mega-brand campaigns for Apple, Adidas, Nike, Audi, Google, Reebok, BMW, Toyota, Visa, Sony, Sprint, Honda, Intel, Coca-Cola, McDonalds, and Microsoft, among others. Her body of work has garnered over 700 major industry accolades worldwide, including numerous Clios and Cannes Lions, and an Emmy Award for the benchmark-setting score in Nike’s “Move” campaign. Haugen first tapped into her innate understanding of what brands are seeking during her time at TBWA/Chiat/Day, where she began her career as an account executive on the iconic Energizer Bunny campaign.

Since joining SOUTH, Haugen has overseen the production of projects for Levi’s, Nikon, AT&T, BMW, and Google alongside Partner/ECD Jon Darling.  Both classically trained and an experienced touring musician as the lead singer and principal songwriter of Crash Kills Four and The Trauma Club, Darling’s very first foray into commercial composition was shortlisted for a Cannes Lion. Darling continued to offer his services as a freelance composer for other top-tier music companies, scoring hundreds of spots, until he founded SOUTH in 2009 with fellow partners Dan Pritikin and Britt Fredensburg.

“As we’ve grown, it remains our top priority that every one of our clients continue to receive the full reach of our creative process,” explains Darling. “This can only be made possible through the integrated leadership of someone as talented and capable as Ann.”

Haugen remarks, “The thing that attracted me to these guys is that they are doing the most inspired music out there, from orchestral to punk rock and everything in between, and their production is really smart and innovative. It’s rare when those two things come together at such a high level.”

As ECD, Darling has overseen the process of picking talent, leading him to assemble a crew of artists skilled at composing in every genre, with SOUTH creating the bespoke musical story for brands such as Samsung, Target, Sprint, E*Trade, and Chevy, to name a few. In 2010, the partners opened the Nashville office to give advertising clients access to the emerging hotbed of fresh musical talent there.  Darling continues to pursue his passions as an independent artist and has a new record entitled High Forest due out this summer.

A series of new business ventures have already been set into motion with the arrival of Director of Production Ann Haugen, including partnerships with Quiver, headed up by top music supervisor Kenny Ochoa, and with mixing company Noise Floor, which shares its LA offices with SOUTH.