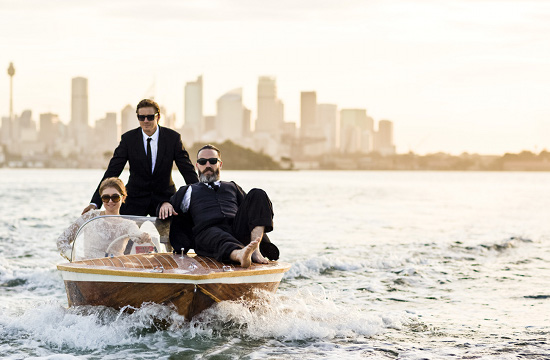 The new collaboration has already begun delivering work from the headquarters at the former Paramount Pictures Building in Surry Hills, Sydney. The new arrangement enables a significant expansion in the creative services offered by both houses.

Sixty40’s Creative Director Mark Simpson said it was a coming of age for the animation company. “After celebrating 12 years of building solid business, this move allows Sixty40 to extend it’s ability to not only produce beautiful animation, but to do so with the attention to detail, sheer processing power and creative vision that Heckler has become renowned for,” he said.

The team driving the alliance will include, amongst others, Heckler’s Producer Bonnie Law and Executive Producer Will Alexander, who said he had always been a huge fan. “When this opportunity presented itself I jumped in with both feet,” Alexander said. “Sixty40 have an amazingly diverse range of styles and techniques and is world class in character animation and content creation. It's an exciting new partnership and I can't wait to start delivering some next level animation.”

Projects already include an animated short film for Qantas via Houston that screened at the recent Qantas birthday gala event and the forthcoming Incredibly Short Film Festival (ISFF). The ISFF is a curated festival of looping animation from around the globe by Mark Simpson, accompanied by live looping audio performed in situ by some of Australia’s hottest recording artists.

The ISFF will celebrate its international debut at this years Vivid Festival, screening at the MCA on May 31. Online magazine Concrete Playground recently listed it as Number #3 on its Top 10 Ideas at Vivid Ideas. It will then move to Sydney’s beating heart, projected in, on and around buildings in Kings Cross. Following that, The ISFF will screen as part of PauseFest Croatia: a digital media conference at which Simpson is presenting and moderating.

Simpson said that they had already demonstrated the combined force could create fantastic work and would continue to do so. “The idea of Sixty40's character animation and content creation experience for agencies combined with Heckler’s resources, studio and team is exhilarating,” he said. “From now on, the question of going overseas for world-class character design and animation is over.  We are combining local and international character designers and directors with the best production facility in Australia. Sixty40 @ Heckler.  Done.”