Animation Hotshots to Keep Your Eye On 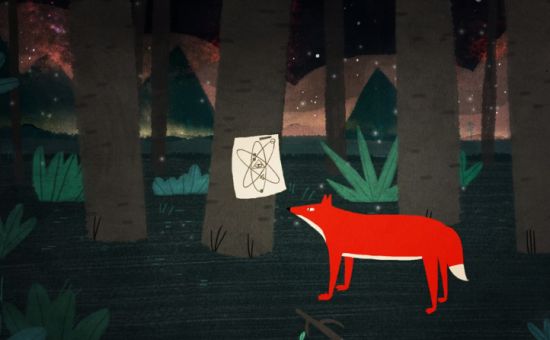 This 26-year-old Hungarian director, represented by Picasso Pictures,  was the darling of the 2014 festival circuit. His graduation short Rabbit and Deer earned him nods from the YDA and Annecy. In October he returned with a stunning stop motion music video for James, All I’m Saying, a masterpiece in moody production design and heartfelt storytelling.

Another Hungarian animator here – it’s an Oscar-shortlisted director whose Symphony 42 is an intricate and surreal exploration of the relationship between humanity and nature. We love her colourful, textured style and can’t wait to see what she comes up with next – she’s currently working on her new short as part of an artistic residency in Viborg, Denmark and she’s repped by Passion.

Hyperactive, bright and endlessly silly, David Luepschen is a German director, illustrator and animator based in London who throws together stop motion, puppeteering and graffiti-inspired  graphics to create energetic and playful films. He’s currently represented by Hornet and he’s created work for clients like Movember, Sony and – this IS SO EXCITING – Mary Berry.

Blinkink’s Chris Bristow made his name in VFX but these days he’s showing off the vision behind the skills as a director. Whether it’s the abstract and fanciful world of Becky Hill or the dark and twitchy geography of Delta Heavy or the flattened out and faked out magic of a unicorn glade for Paddy Power, he’s becoming a go-to talent for conjuring up woozy new worlds.

We’re suckers for sharp, geometric stylings but sometimes you have to ask: where’s the warmth? Irish director Eoin Duffy brings the two together in his crisp yet engaging direction. His short The Missing Scarf is a smart, sharp woodland tale with the precision of a Spirograph and a killer end twist – and it earned Eoin a place on the Oscars shortlist as well as festival wins from Savannah and San Francisco to Cork and Galway.

A tale for collaboration in the information age, Robert Glassford and Daniel Zucco began their collaboration thousands of miles away from each other, communicating via Skype. These days they’re based in London and creating atmospheric and characterful 3D animations for the likes of Chivas Regal, Samsung and Wired. They’re represented by Jelly and describe themselves as “two beards, one mind”. We’re kind of involve with their blissed out aerial music video Neon Hallway for Corbon.