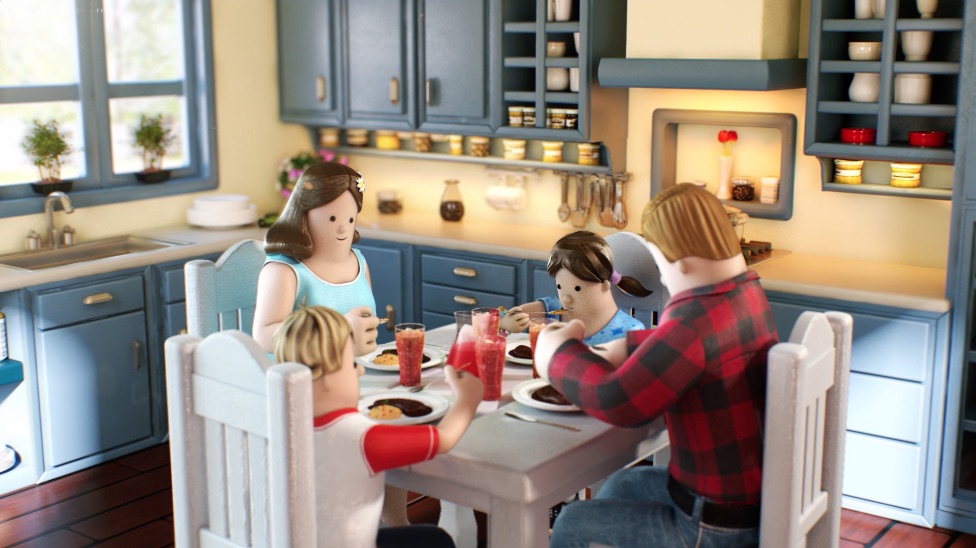 International animatics shop Animated Storyboards unearths the inspiration behind the objects at the core of everyday living in the new 60 second “Cineminuto” for Camimex out of Y&R Mexico. The spot aims to educate Mexican citizens on the wide community impact of the mining industry, taking a full circle viewpoint of how minerals being mined underground are the true foundation of nearly everything we interact with on a daily basis. “Cineminuto” follows the genesis of the mining process, from initial curation, all the way through consumer use. We see a family enjoying an evening at home, peering into the original mining that led to the factory that created materials to build a satellite that delivers the very signal that broadcasts the television show the group enjoys after their evening meal. Animated Storyboards created the initial animatic for the PSA and, following a successful previs version, was then tapped to leverage their robust in-house pipeline to craft the full cinema version.Y&R Mexico taps international shop for all in one animatic and broadcast package

The charming spot, created out of the Animated Storyboards New York office, utilizes 3D animation and delivers lifelike movement through motion capture created with their in-house system. ASB Designer Nethery Engblom and ASB animator Yuri Kasprivski collaborated closely with Y&R Mexico to create unique and customized character designs for the spot that fuse a light cartoon aesthetic with authentic movements. With a bulk of the overarching design vision established during the animatic phase, the team was able to amplify the animation for the final cinema version, adding character nuances and expanding certain sequences.

“There were so many efficiencies throughout the process by keeping the same creative team on the project from animatic through broadcast,” notes Animated Storyboards CEO/President Ezra Krausz. “Our team had already been collaborating with the agency throughout the animatic phase, and when it came time to begin broadcast animation we knew how to make the creative vision come through easily and quickly.”