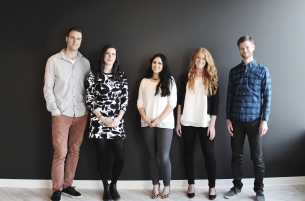 Notes Animated Storyboards founder Ezra Krausz, “Our suite of international offices has always worked as a unified team, delivering our clients superior talent and service across all areas of expertise. We couldn’t be more thrilled to join the thriving Toronto advertising and production community and look forward to delivering our unmatched speed and efficiency through our global infrastructure to a new set of clients.” Adds Hanafy, “We’re very excited to have a local studio in this unique and talented city, where our clients can call home for all their testing and animation needs. ASB is looking forward to building a creative space where agencies and brands can test their ideas as they come to life. We’ve built a tight team here and I’m incredibly grateful to be a part of it.”

Hanafy has nearly a decade of experience in production, with a background ranging from the agency to the production company, casting and post production sides of the industry. After earning a degree in Radio and Television from San Francisco State University, she got her footing working for local cable stations, producing, shooting and editing on-air promotional content. Shortly after, she landed a gig as a Casting Manager at Talent6, spending nearly two years with the San Francisco-based casting agency before shifting to the agency side as an Associate Producer at Publicis & Hal Riney. While there she handled all aspects of radio and video production for top agency clients including US Cellular, Hewlett-Packard and Walmart, working with internal creative teams as well as a wide range of creative vendors. In 2012, she returned to production and post-production as an Associate Producer at Acme Posts/Hamady Productions before joining Animated Storyboards in 2013. Prior to spearheading the Toronto office, she produced projects for a wide range of clients out of ASB’s NYC and Chicago offices.