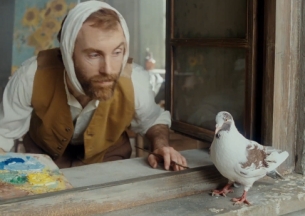 Lowe’s is adding the premium paint brand, HGTV Home by Sherwin-Williams, to their shelves. This is the first time Sherwin-Williams will be sold outside of their own stores in over 40 years. To announce the arrival, they’ve produced a campaign introducing a new legend in paint.

Created by BBDO New York and Director Joachim Back, the films bring some of history’s greatest painters back to life to let them know they’re not that great any more. Each spot features a different Master’s reaction to the news, including Warhol, Van Gogh, Bob Ross and Da Vinci.

These four, 15-second online commercials will run through September as well as on Lowe’s Social Media channels.