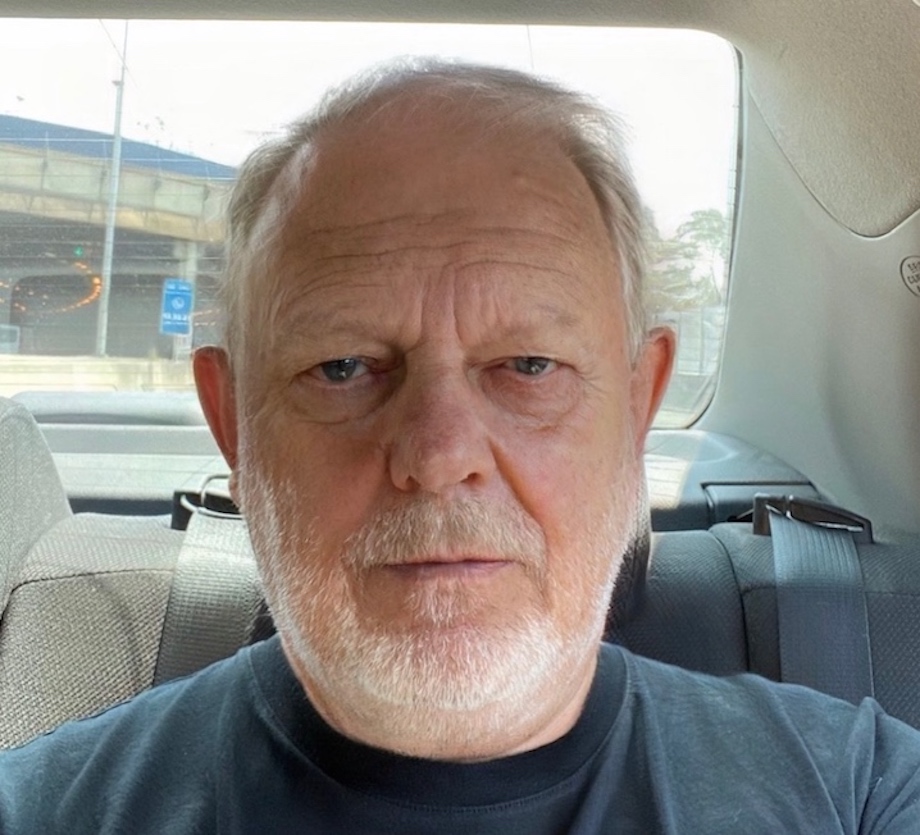 I didn’t think my eighty-year old body would be up for a week of utter debauchery and horrific abuse, but thanks to Accenture Campaign Brief, I’ve been given a pass and Hyperloop ticket so voluntary euthanasia, here we come.

9:02. I’m downloading my thoughts via my Facebook brain chip. I prefer not to do this as I’m old-fashioned and like to type the old way, but I broke my stylus trying to open a bottle of Rose last night so what you’re reading is coming directly from my brain stem. As it’s a direct feed I won’t be able to stop loose thoughts interrupting the article toilet broken French bastards mini bar mini bar toilet mess very sick. 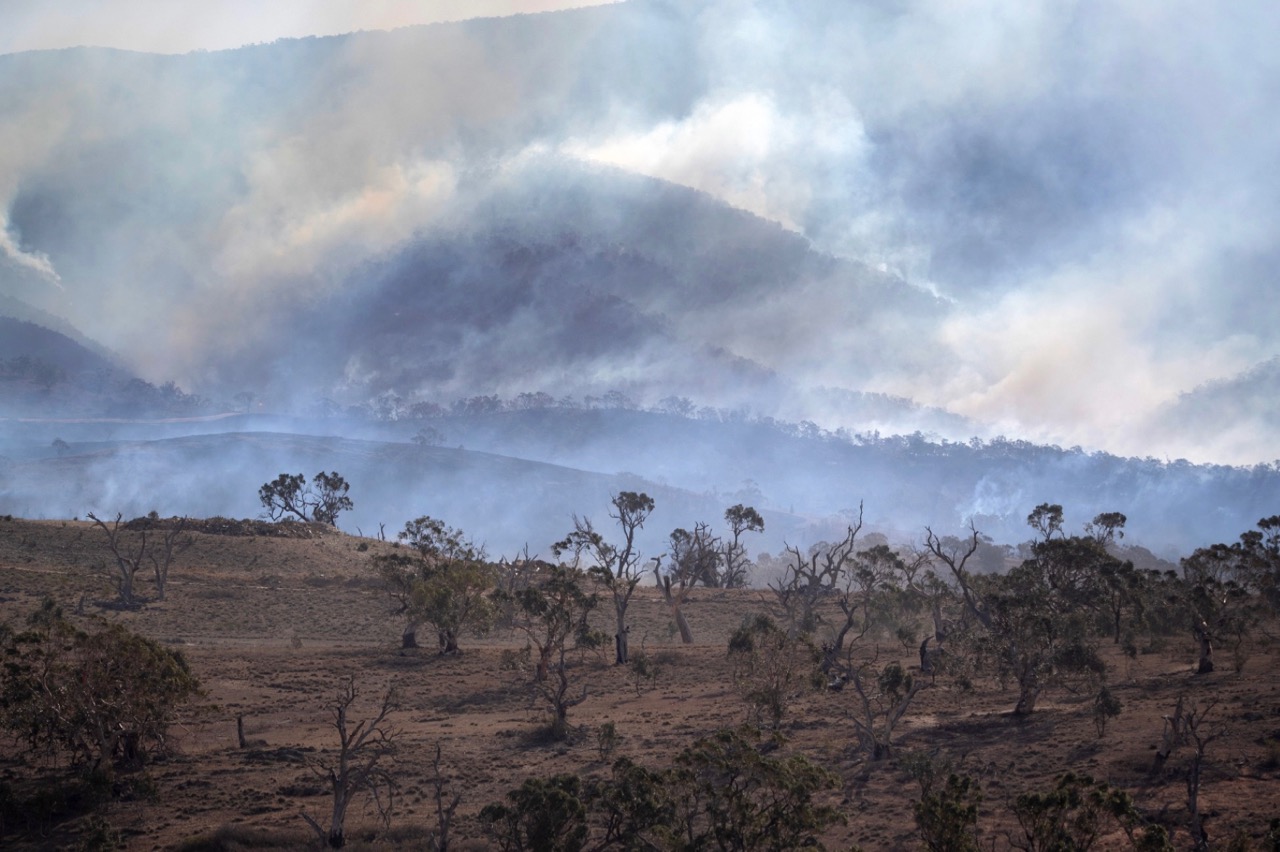 10:00. Slowly walking to the new Palais. As most of La Croisette disappeared underwater years ago, the festival is now held in the mountains. Accenture DDB have apparently moored their submarine at the remains of the gutter bar. Submarines are the new yachts and all the agencies have got one. Fuck it. I’m not getting on one. Last year someone fell on a hydroplane and sunk Accenture Ogilvy. 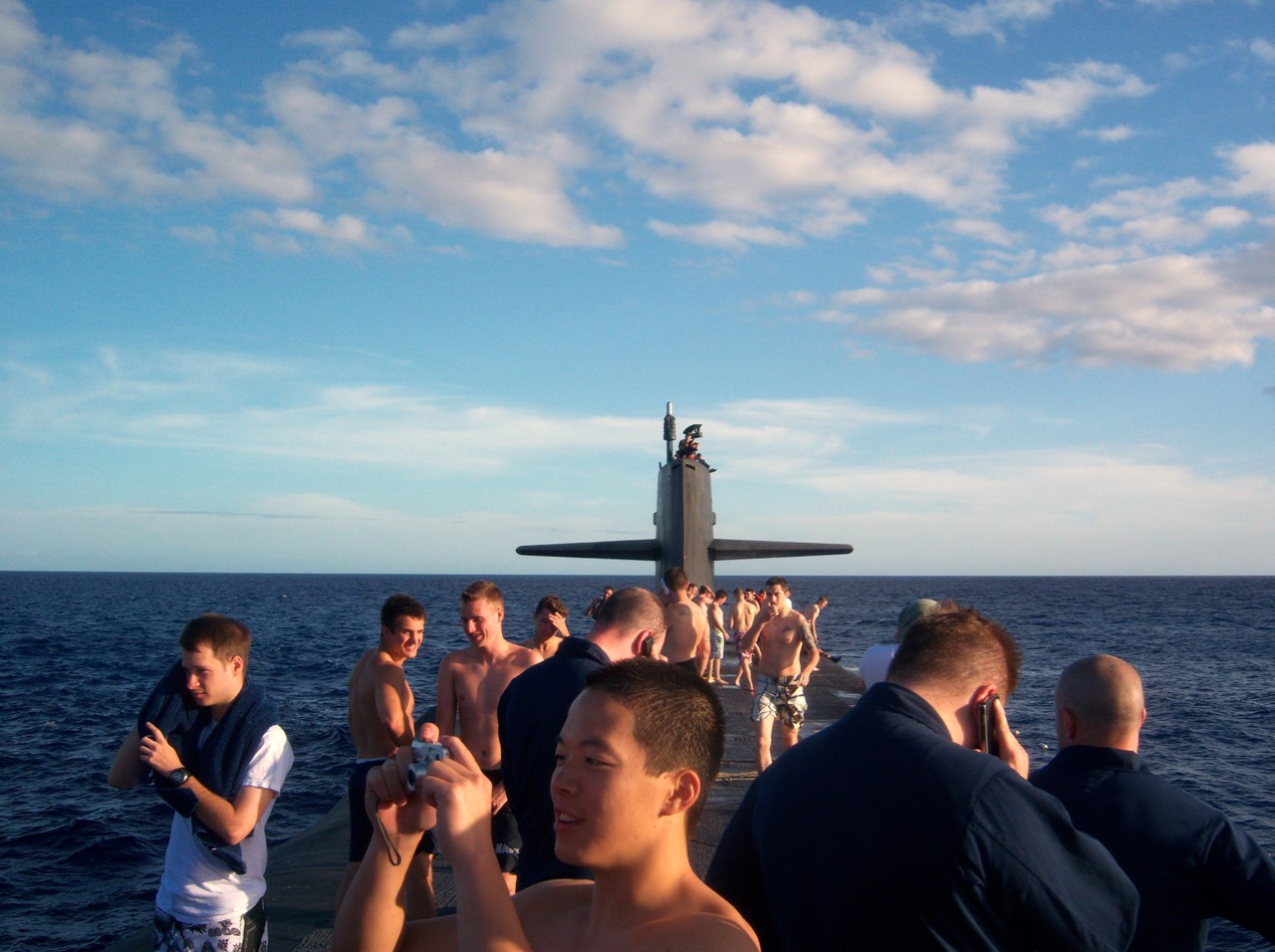 10:35. A media company is on first. Accenture something. They’re banging on about one-second ads and how to make them more creative. I’m not sure how you can be particularly creative in one second. I remember complaining that fifteen seconds was too short, now people can see 43,000 of them every day. They end their talk with what they think are great examples. I can’t remember all of them, but that’s not surprising as I can barely remember where my hotel is – the one with an elderly Kanye West painted Gold and screaming ‘Adidas’ seemed to be the audience favourite.

11:00. My Facebook brain chip makes a little bell sound in your ears when you’re near someone you know. It’s David Droga. I’m not sure what he’s doing here as he left advertising years ago to become the Australian Prime Minister. I think he wants to be near friends as his lengthy war with Malaysia didn’t go down too well.

11:11: Every screen in Cannes goes dark for our daily genuflection to the cloned brain of Supreme Leader Bezos. (May he continue to rule gloriously until the stars fall and may he smite the diseased enemies of AmazonEarth. In his vast and endless glory, we prostrate ourselves to thee.) Everyone on the new Croisette gets up from their knees as the drones are watching carefully.

12:32. Some sort of fish substitute for lunch. As fish completely died out in 2034, most people eat Ivanka Trump’s meat paste range. She’s on her second term after completely eliminating immigration in America. I’ve no idea what’s in it, but it’s great. 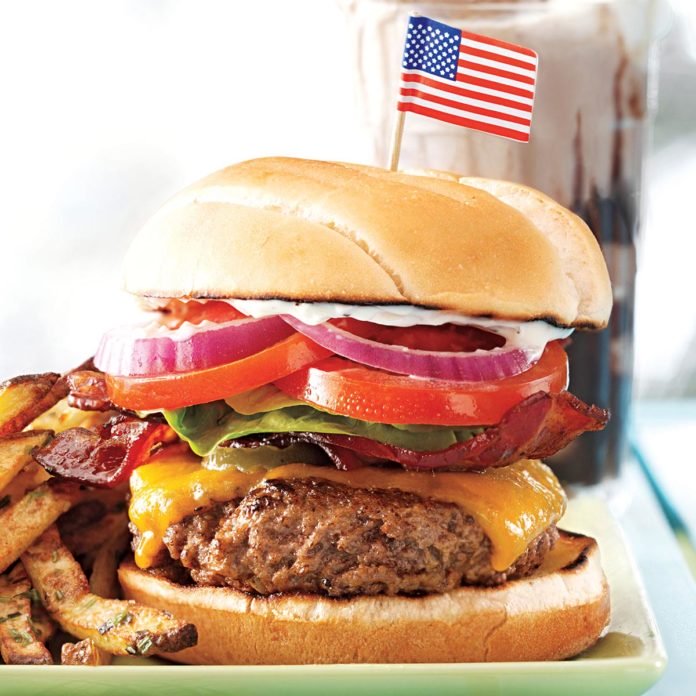 4:34. I’ve stumbled (literally) into some sort of industry networking thing. We’ve all had to brainload our Cannes passes and, apparently, they guide you to the people you’re most eager to talk to. The huge room’s mainly empty but there’s a huge crowd around some female Brazilian art directors and another in the toilets where someone’s selling illegal stims. This allows me to fill my pockets with cheese from the empty buffet. That’ll save me ordering Ivanka paste from room service tonight.

6:44. The Accenture Campaign Brief party has been postponed due to acid rain so everyone’s poured into an Irish pub. I’m telling everyone that I was paddling in the sea to explain the wet stains because I’m pretty sure I’ve wet myself. Again. I end up talking to a planner I used to know. Planners were all laid off years ago as our internal chips just send our thoughts back to the tech companies. That means advertising has become incredibly targeted. As we talk, my retina beams up an ad for male nappies.

9:00: The news headlines start scrolling across my retinas. Planet Earth doomed. Mass migration. Mass extinctions. The Apple war with Microsoft is still raging. Lots of I-tanks were hit near Seattle today as they rumbled towards the main Microsoft campus. That’ll teach them for insisting on that clean white colour scheme. White is great for the Arctic but they really stand out in the Pacific North West. A lot of American creatives were called up to fight. Apparently mandatory military conscription was recently made part of the pitch process. 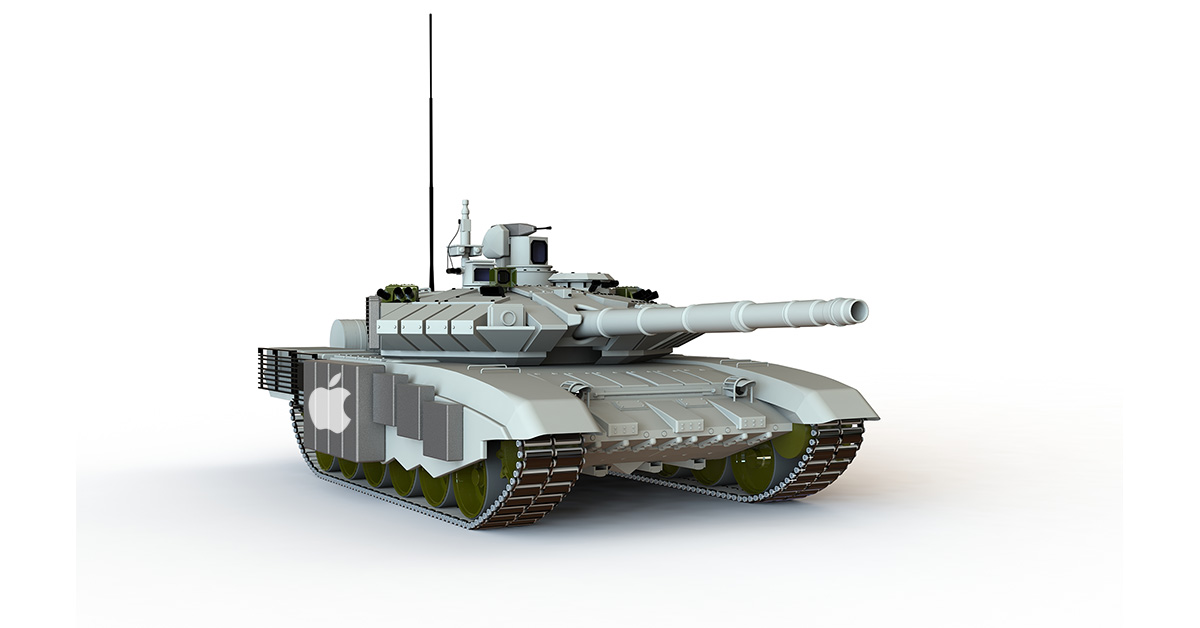 10:39. Everyone’s at the auditorium to watch the David Bowie DNA concert. An American company bought one of his old hairbrushes at Sotheby’s and extrapolated Bowie’s DNA from a single strand of hair. They’ve rigged up their vast computer system to huge speakers and the crowd are pumped to actually hear the virtual consciousness of Bowie sing ‘Heroes’ live rather than on a case study. The lights go down and a guitarist starts the intro. A scouse accent starts singing about how much he ‘hates fucking Everton’ and they pull the plug. I think they bought the wrong brush. Everyone stumbles off into the night.

9:10: Digital was awarded last night in a ceremony that lasted over three days. But then again, everything’s digital and there are over three hundred categories. Print died out with the last tree and nobody shoots film as you can download dreams and edit them yourself on iMovie. The big winner was ‘Cancer Condom Project’ from Accenture Ogilvy Sau Paulo. It sounds like a one-off. Diseases did well this year. As did animal welfare, pollution, Corona3 and that Kanye West Adidas spot.

1:35: A large holographic billboard in the main street shows the image of a man covered in jailhouse tattoos pointing at a white bar of soap with the headline ‘BUY THE FUCKING SOAP NOW. BUY IT.’ It’s part of an experimental campaign for Dove that’s designed to cut through the tens of thousands of commercials people see every day. It’s based on research from America that says that people respond to threats far better than gentle persuasion. Seems a million miles away from ‘Real Beauty’ back in the day but they’ve sold out everywhere, so what do I know? 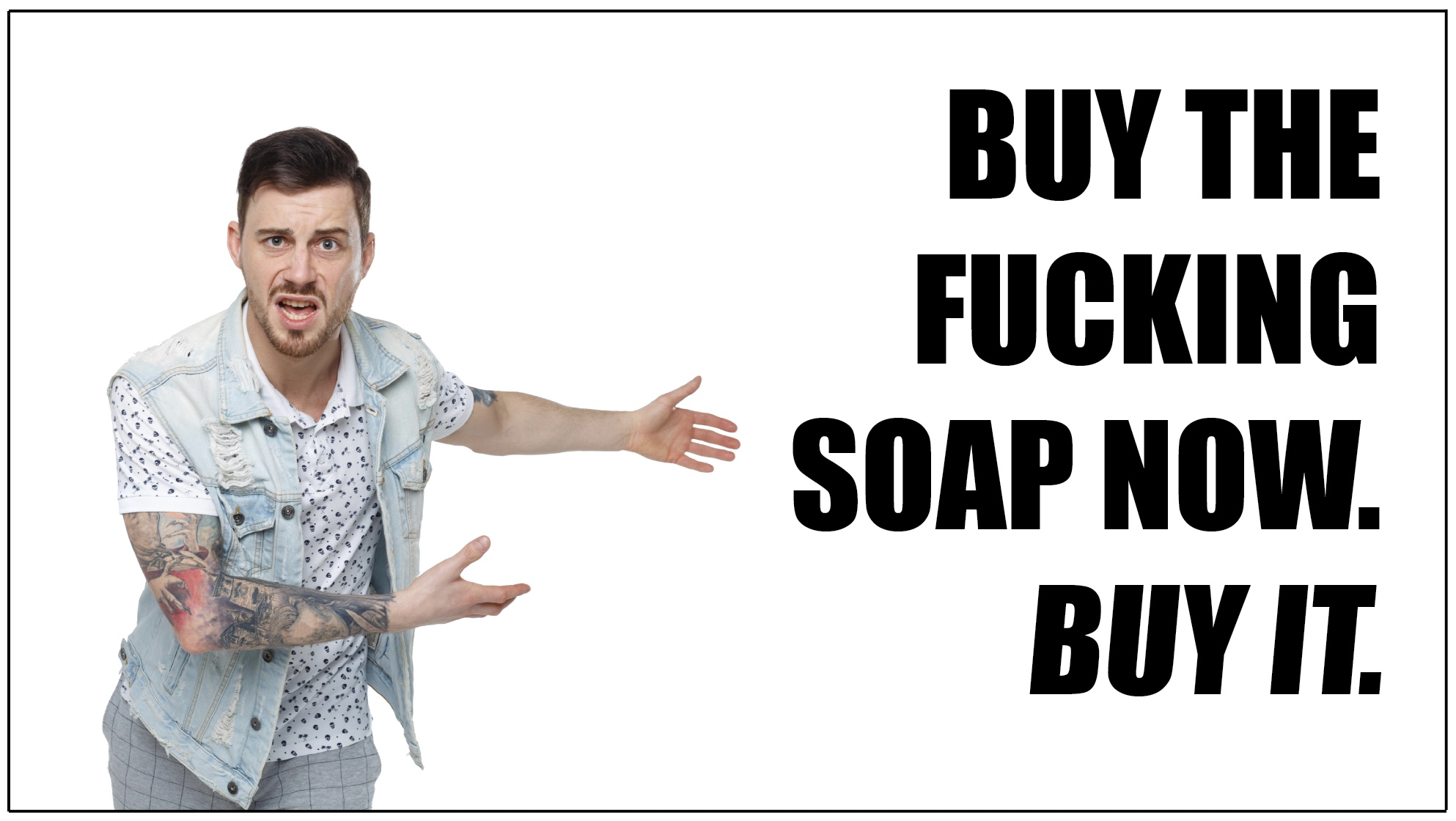 2:10: More lectures. A young woman in a smart suit from an Austin agency called ‘Leper’ is going on about how they made the Kanye West ‘Adidas’ spot. Her partner’s wearing a bowler hat and does some sort of interpretive dance behind her as she talks about the endless rounds of research and client changes before settling on the final script but they ‘couldn’t be happier with the finished result.’ The lights go down and elderly, gold Kanye screams out ‘Adidas.’ Everyone cheers.

3:18: Last Rose and paste before getting on the Hyperloop. I notice a bowler hat through the crowd. The Lepers are talking to some large men in suits, dark glasses and tactical earpieces. Looks like they’re being acquired.

3:15. And holding company of the year goes to Accenture! I holo-call a few old friends from Accenture M&C Saatchi and I can see that they’ve already starting ploughing into spiderjuice™.

5:10: I’m on the hyperloop back to Sydney. It’s a three-hour journey so I can sleep off the hangover. I tried downloading the Nurofen app but there’s no 200G near the Earth’s mantle so I’m just going to have to deal with it the old way.

6:14: Everyone wakes up to a jolt as the hyperloop comes to a halt somewhere underneath Iran. A calm, computerised voice informs us that they’re going to have to jettison the baggage capsule that’s full of Lions as its slowing down the Magnetic Levitation drive. That’s the problem with awards. Everyone’s got thousands of them now.

7:30: As the Musk droid smears Ivanka Trump Roast Beef, chat potatoes, asparagus spear and seasonal pickle paste across my plate, I reflect upon the 2050 Cannes Adverting Festival. I guess it never really changes. Except, you know, being completely underwater and having to relocate. The same cheap Rose. The same stuff picking up year after year. The same braying Eton types in white shorts and thin, pink jumpers draped around their necks trying desperately to get laid. I remember going to Cannes thirty years ago and agencies were trying to save the world then. It’s a shame they didn’t get together and actually try to fucking do it. But hey, that wouldn’t have won anything.

(*Although the comments and views in this satirical article are entirely mine and not theirs, obvs.)