Marks 50 years of bravery in advertising 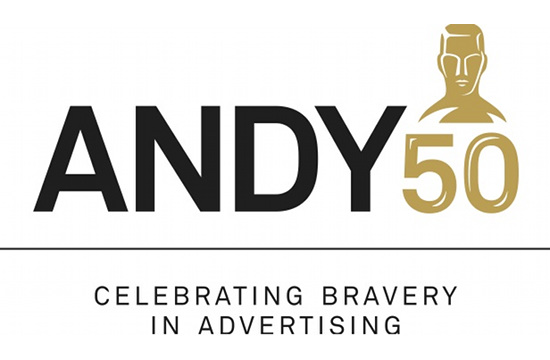 The International ANDY Awards has just announced the 2014 Call For Entries.

Without bravery, the ad industry wouldn’t be where it is today. Each year, the International ANDY Awards recognizes the brave process of creativity. As the ANDY’s approach their 50th anniversary in 2014, The AD Club of New York will unite the industry to celebrate the past five decades of advertising and usher in the future – with a call for entries platform centered on bravery.

The ANDY’s 50th call for entries campaign was created by Droga5 under the leadership of this year’s ANDY’s Chairman David Droga. The campaign aims to help pave the way for a braver – and ultimately, better – future. A series of banner ads introduce the 50th concept to the creative industry and invite them to submit their best and bravest work. Lines like “Brave work is always the most fun to make” and “Bravery is one concept worth stealing” help set the tone for the submission.

Droga5 has also designed a special ANDY award for a new category – the Bravery Award – which features an ANDY’s statue whose head is tilted upward in a nod to the future.