Campaign kicks off with a new TV ad from J. Walter Thompson London 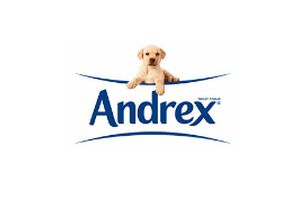 Andrex is celebrating its 75th birthday this year with a series of commemorative activity across advertising, PR, social media and in-store.

Kicking off with a new TV advert created by J. Walter Thompson London, the cross-channel activity will take consumers on a nostalgic journey through the brand’s history; from its humble origins in 1942 in Walthamstow to its status as one of the nation’s most loved brands in 2017.

The TVC sees the much-loved Andrex puppy joined by an older companion on screen. The evocative advert, which harks back to commercials of years gone by, plays on feelings of nostalgia to demonstrate the important role the brand has played in the lives of generations of families.

For the first time, Andrex is also integrating Shazam technology across both its new TVC and printed shopper media created by SMP. Giving consumers the chance to unlock exclusive branded content across channels, Andrex has curated a special bank of exciting assets that will live exclusively on the app. Activated by a single swipe of a phone, consumers will be encouraged to “Shazam to celebrate with us” – be that via audio activation alongside the new TVC, or by scanning the icon on all associated print media.

To bring the celebrations to life in-store, specially created point of purchase displays will appear nationwide to encourage even more consumers to engage with the brand’s landmark anniversary.

Andrex is also giving its loyal fans the chance to celebrate the special birthday in their own homes, thanks to the limited-edition heritage packs. Taking inspiration from one of the early editions, the pack will hold a single roll and be wrapped in paper packaging, similar to the original style. For those wanting to get their hands on the special edition packs there will be a special giveaway to commemorate the brand’s birthday on the Andrex Facebook page over the coming weeks, alongside lots of exclusive content.