One of leads behind Foot Locker ‘Sneakerpedia’ 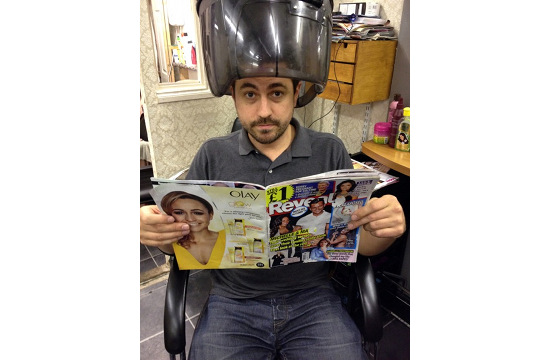 Day, who was one of the creative leads on SapientNitro’s award-winning Foot Locker 'Sneakerpedia' campaign, joins the company from experiential agency Imagination where he was digital creative director.

He reports into executive creative director Dan Douglass and will work across all MRM Meteorite clients, as well as being executive sponsor for Intel and Vauxhall. Day’s remit is to generate a fresh approach for the agency and help drive creative excellence.

Day, who spent almost two years at Imagination working on accounts including Shell, Ted Baker, Asics and Roche, brings a wealth of experience to the MRM Meteorite creative department.

Prior to Imagination, he was at SapientNitro for over four years as associate creative director. At SapientNitro he was part of the team that won the Cannes Cyber Gold Lion and Eurobest Interactive Gold awards for his digital creative lead role on the Foot Locker 'Sneakerpedia' campaign in 2011.

He has also worked on campaigns for brands including Viacom, Diageo, Mars, Channel 4 and Playboy and he was behind an augmented reality anti-smoking campaign featured on Channel 4's 'Embarrassing Bodies’.

Day started out in the music industry, co-founding EMI Music’s award-winning art department, The Red Room, in 2000. He also filmed Duran Duran’s ‘Pop Trash’ US tour in the same year. He is an active Central St Martin's College of Arts and Design alumnus and was recently on the Scottish Design Awards judging panel.

Day said: “I'm delighted, and honoured, to be joining Dan and the crew here at MRM-Meteorite. It's a new phase in the agency's development and an incredibly exciting time to join the network. The agency is well-placed to achieve its ambitious goals, and I’m relishing the opportunity to play my part in making them a reality.”

Adds Douglass: “Andrew is a fantastic catch for us. We are in the business of bringing consumers and brands together through connected journeys, using Big Data to inform them and fuelling them with meaningful brand experiences and content, and I can’t think of anyone better placed to lead that charge. Andrew’s brings his unique blend of experience to the creative mix – he’s a true original.”