And The Cannes Winner Is… Grindr 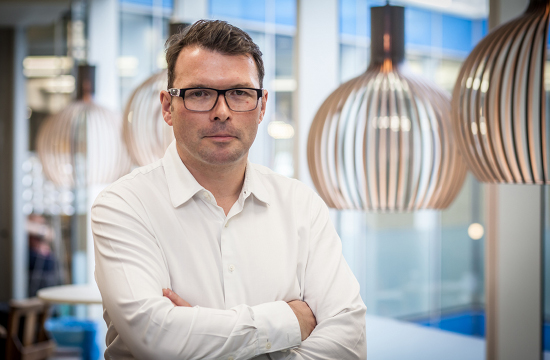 The Cannes Lions last week saw the very best in the creative industry descend on the South of France for a congratulatory celebration of the very best talent against the backdrop of La Croisette and Bleu Azur. The week long gathering saw insightful talks from the likes of legend Martin Sorrell, new wiz kid Nick D’Aloisio and new non ‘billionaire’ David Karp.

We thought it would be interesting to extract the data on sites that were viewed at the event ‘on the move’ including laptops, tablets and mobiles to see what piqued the interest of the great and good from ad land, and plug into the most important trends.

Using our Infinity+ platform, BlisMedia was able to monitor website traffic on portable devices for the whole area of Cannes from the Sunday up until Wednesday night, as well as the cultural hotspot of the Gutter Bar.

For most attending Cannes, a premium is placed on networking - whether you’re visiting the festival for the first or fortieth time. And this is clearly confirmed by the findings we discovered from geo-fencing the internet usage emanating from the seaside resort. Ranking top across all locations over the time period measured was the ‘social’ app Grindr. Possibly not what we were expecting, but it may come as no surprise to those attending?

Following close behind on the agenda for those at the International Festival of Creativity was audible stimulation in the form of Shazam and TuneIn Radio. Proving that like the beautifully subtle Southern Comfort ad, pictures without a decent soundtrack would be nothing.

The top internet sites from the Gutter Bar showed the hedonistic nature of the international festival with plenty of chances to meet old friends and make new ones, Grindr, Skout and Scruff topped the list.  You can throw in AroundMe for the more curious folk looking to move on from the Gutter Bar but where else in Cannes offers the opportunity to rub shoulders with the international creative community at 5am in the morning?

Judging by the high usage of Alarm Clock+ revellers were still concerned at making those early morning meetings, proving that Cannes is not solely about the partying.

Gleaming this insight into the web habits of the advertising industry involved BlisMedia’s Infinity+ technology that can deliver ads to audiences based on their demographic and location. The information extracted from the Wifi ISP addresses in a given vicinity (even down to floor level) as well as the 3/4G data from mobile devices.

The question that remains after looking at the findings is: How many people were successful on Grindr?