And MPC Said: Let There Be Life

Trends and Insight 386 Add to collection 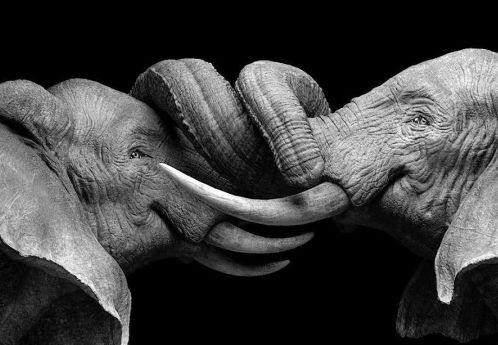 Usage of the word ‘animation’, to mean ‘the action of imparting life to’, dates back to the Middle Ages. Drawing from the Latin ‘animare’, literally it meant ‘give breath to’. These days, however, it’s a word loaded with technicality, a specific part of the filmmaking process. In CG, for example, it’s the bit that comes after modelling and rigging and grooming; and while it requires an enormous amount of skill and creativity, these days we rarely give pause to consider the wonder and near magic of the word.

Enter MPC Life. It’s a newly-launched brand at the world-renowned VFX and post company that pulls together all of the talent and expertise – wizards, surely – who bring photoreal creatures to life onscreen and beyond.

According to Tim Phillips, MD of MPC Advertising, the seeds of MPC Life can be traced back about a decade, as their specialised creature pipeline has been in place for many years. But, following a slew of highly regarded work in recent years, noticeably the John Lewis menagerie, the time was right to launch a special place that would help promote MPC’s creature work internally, create structure, enhance training and market their capabilities.

The name itself has an almost David Attenborough-ish ring to it, straddling both the rigorous anatomical and zoological research that goes into MPC’s photoreal creatures as well as the marvel and magic of the artistry.

“There were lots of much more boring names and it stood out for all of us,” recalls Tim. “We felt it worked. It encompassed a lot of stuff. ‘Animation’ comes with various meanings. When you say ‘creature’ or ‘character’, that carries certain meanings. Everything can suggest a certain perception, whereas Life covers it all. Hopefully it captures what we’re trying to bring to it all. And, like you say, the magical part, which is how you breathe life into these creatures.”

That word ‘creatures’ is an important one for the team at MPC, and not to be confused with ‘character’.

“There’s been a big debate as to whether you call them characters or creatures,” muses Tim. “They do have different meanings to us, for sure. ‘Character’ implies something like Captain Aquafresh, where he’s a bit Pixar-y or Disney-ish, whereas ‘creature’ is more photoreal. That could be a photoreal dragon or fantasy creature.”

A great illustration of this is Samsung’s recent commercial featuring a pride of ostriches and some VR goggles, which was the first project out under this new label. Were it not for the protagonist’s tussle with a Gear VR headset, the bird could easily pass as a real animal.

So where does one start, creating life from pixels? Like a method actor, VFX supervisor Fabian Frank reckons it’s all about working from the inside outwards. After all, emotional engagement and appeal are arguably more important when it comes to creating the illusion of life. “There’s always a personality within the creature! When we start working on a creature we come up with a back story that might not have anything to do with the commercial. But it makes the process so much easier to create a creature if you know where it is coming from, what sort of personality features it has.”

That inside-out process is also integral to the physical construction of the creatures. As well as gleaning as many visual references as they can, working with real animals where possible, the team also cracks open the anatomy books. The dimensions and ratios of the skeleton and musculature have to be perfect – otherwise everything else that builds on top of that can go a little bit wrong. That means, collectively, MPC Life has the sort of anatomy knowledge that would make them a formidable addition to a quiz team. But the passion they have for the creatures they bring to life is infectious, so that knowledge inevitably ends up percolating through the whole company.

“By the end of Monty the Penguin, the people at MPC knew a lot about penguins!” laughs Tim. “And not just people on the team – that stuff spreads around! You get to that point where they’re so part of the team, the character is part of the team.”

And that contagious appeal is useful. MPC Life is a fluid umbrella that encompasses a core team of creature specialists as well as flexible specialists who dip in and out, depending on the requirements of a specific project. For example, the growing demand for creature work on all sorts of emerging platforms means that the company’s VR experts and MPC Interactive can also fall under the ‘MPC Life’ banner. The 2016 John Lewis Christmas campaign, for example, Buster the Boxer, had a virtual reality component, which involved taking the models into a gaming engine and trying to push the possibilities of real time fur rendering.

What’s also been useful for the team at MPC Life is their ability to draw from their colleagues at MPC Film, who work on features. For example, while the assets developed for The Jungle Book are proprietary, the underlying lessons and insight gained into a veritable carnival of animal species – like how the skin moves over muscle – are invaluable. Recently, however, it was MPC Life and the advertising side of the business helping out their film colleagues, thanks to the feather systems developed in Samsung Ostrich.

There’s something undeniably wondrous about the work MPC Life can create. But the real magic lies not in the technology – though that’s improving all the time – but in the talent. “It’s a small part technology, a large part people,” says Fabian.

And, for those talented people, creating life from nothing is a challenge that they relish. Whether they’re modellers, animators, designers or producers they are all ‘animators’ in that ancient sense of the word.

“It is the pinnacle, the biggest challenge, to build a creature that looks real,” says Tim. “No CG is easy and it’s the part that intrigues me most about what we do and always has been. With a creature there’s so much more you have to go through to get it right… For anyone sitting out there, it’s a challenge. Ultimately these guys like to do difficult things. They’re switched on about the next really hard job, it’s not about doing the next easy one for a breather. That’s not what we get out of bed for!”