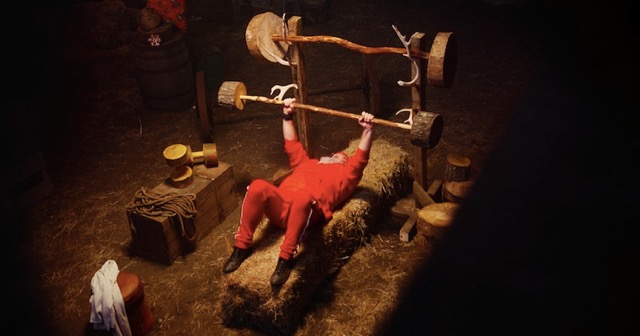 Building on a history of backing people with the nutrition to fuel their ambition, Anchor has revealed its longest partnership with seasoned professional, Santa.  Colenso BBDO's latest work for Anchor features Santa in a remote location training for his biggest night of the year.

Says Natalie Knight, creative director, Colenso BBDO: "Christmas Eve is always a really long night for Santa. This year, we're revealing some of the magic that goes on behind the scenes at his place which make him so great. Given that New Zealand is his first destination, we're encouraging everyone to leave out a cold glass of Santa fuel, to help him get around the planet."

Across the campaign, kids can follow along with Santa on social to complete his training exercises.

Says Caroline Gray, marketing manager, Fonterra Group: "Milk is an important part of Santa's Christmas Eve ritual, so we wanted to show kids the positive impact their gift of Anchor milk makes. We also love the idea of families being active and having fun together during the Christmas holidays."
Says Gray: "Everyone needs a healthy diet to reach their potential, especially young people who are still growing. We hope kids can see Santa as an example of someone fueling their ambition, to quite literally take on the world."

The integrated campaign features OOH, social, digital placements across the country, and is supported by a partnership with Moustache Milk & Cookies Bar to sample Anchor milk with cookies in a roaming food truck ahead of Christmas.

Anchor has also partnered with TVNZ to bring to life this year's "Santa Tracker", and are reminding families to leave out their Santa fuel come Christmas Eve.

As a heritage New Zealand brand, Anchor has been around since the tradition of leaving milk out for Santa began in the 1870's. view more - Creative