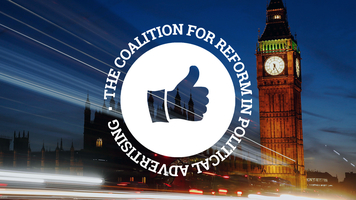 AnalogFolk becomes the first advertising agency to join the Coalition for Reform in Political Advertising.

The coalition is a non-profit organisation, founded by Benedict Pringle (founder of politicaladvertising.co.uk) and Alex Tait (formerly Media and Marketing Services Director, Unilever). It is non-partisan and politically neutral, and is calling on Parliament to implement a four-point plan to improve the transparency and accuracy of discourse, around our elections, by reforming political advertising in the following ways:

1. Legislate so that all paid-for political adverts can be viewed by the public

3. Require all factual claims used in political adverts to be pre-cleared

4. Compulsory watermarks to show the origin of online adverts.

Ete Davies, managing director of AnalogFolk London surmises the value in backing the initiative: “I'm very proud that today, AnalogFolk signed up to Coalition for Reform in Political Advertising. Whatever your political leanings, we can all agree that more accountability from our political system would be welcomed. The advertising and communications industry (as one of the vehicles that enable delivery of political messages to the public) has a responsibility towards that accountability.”

As industry practitioners the coalition’s founders are passionate about responsible advertising; their ambition is to recruit organisations and individuals of all political standpoints to join the cause. Others who have supported the coalition include advertising trade body, ISBA; retail industry body, IMRG, and global advertising resource, Econsultancy. Many more are set to be announced over the coming weeks.

Benedict Pringle, Coalition founder says: “I have a huge affection for political advertising as a discipline and passionately believe that it can be a force for good in our democracy.

"Unfortunately, regulation has failed to keep up with the pace of change in communication technology. Political advertising was once a proud British political tradition, it is now at risk of undermining democracy in the digital era.

"Political advertisers should be held to at least the same level of scrutiny as all other advertisers in terms having to account for claims made. To borrow a common political campaigning refrain: it’s time for a change.”

Alex Tait, Coalition founder explains: “We believe that the open and honest debate of issues facing our country is fundamental to the functioning of our democracy.

"In recent years, the rules designed to safeguard against the spread of disinformation and promote healthy political debate haven’t kept up with the pace of new communication technologies. As a result, our politics is suffering because of a refusal to regulate political advertising.”

Find out more about the coalition on their website: reformpoliticaladvertising.org 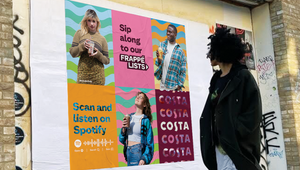 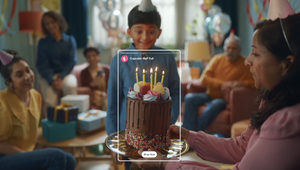