Behind the Work
1.5k 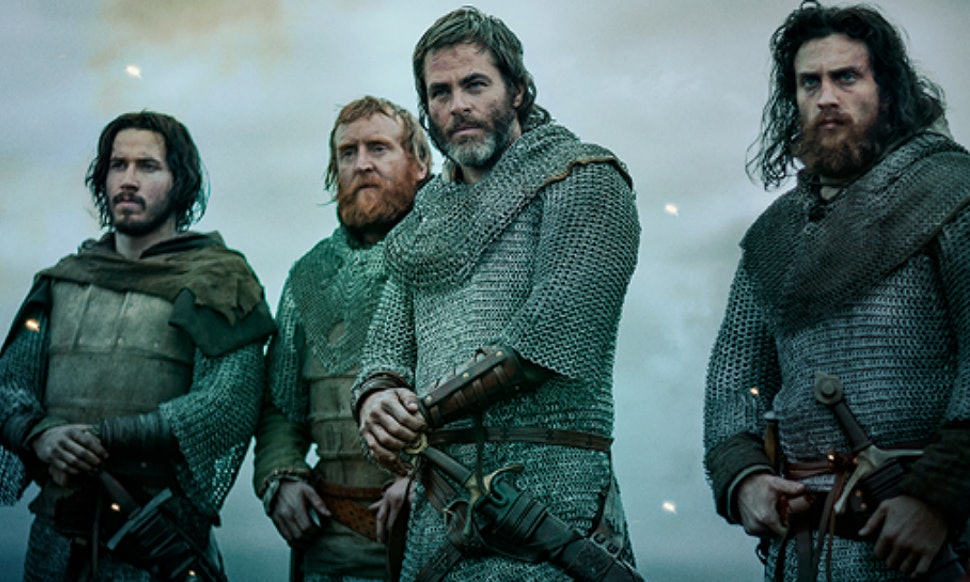 Chris Pine stars as Robert the Bruce in the retelling of the legendary warrior’s story who is forced into exile by the English and leads a band of outlaws to help him reclaim the throne. Air-Edel caught up with the on-set music supervisor Chantelle Woodnutt and Jim Sutherland who composed additional music, produced, composed and selected the diegetic music for the feature.

Q> Jim, Could you tell us about how you became involved in the project and what it was like collaborating with director David McKenzie?

Jim> David approached me about the project a few weeks before the shoot to enquire if I might be interested in being involved with the diegetic music for the film. David was aware of my interest in world cultures and my ability to put together and produce large scale work and put two and two together.

It was an interesting and challenging collaboration. Diegetic music plays a vital role in contemporary film making, allowing the director to populate a film with music that sets the scene as well as helping to drive the emotional narrative. We identified and placed music cues that ranged from army drums and medieval fanfares on trumpets and cow horns, to choral works for a royal wedding, a funeral, a coronation and a piece which celebrated the killing power of King Edward and his deadly trebuchet catapult being launched for the first time.

I created the initial draft budgets for these scenes, at which point, Chantelle Woodnutt joined the team to reduce the budgets down to workable proportions and oversee their implementation.

Q> Could you talk us through your processes from start to finish – composing the onset music, sourcing and working with the musicians, to the final stage of production for the dub.

Jim> As with nearly all projects, we began with a spotting session. David McKenzie and Gillian Berry had already both given their suggestions for diegetic music cues and they asked me to go through the script in order to spot further music opportunities. We ended up with more than 50 music cues which included horn blasts, fanfares, war drums, Latin choirs, Gaelic mouth music, war chants, cast songs, massive minstrel scenes and even Senegalese music in the harbour scene.

I would say that 50% of the music was composed in advance of the shoot. The prerecords were very useful for judging pace etc., however, David was keen to record as much of the music live as possible. The other 50% was written and arranged as we went along. It was a challenging process as I was often on set thinking about music for future shoot days while directing performances and rehearsing musicians who were ready to shoot for the current scene. For the shoot days, musicians and singers were generally on set very early in the morning so Chantelle and I had to be there to make sure everything went smoothly through make up and costume and then into rehearsals which were often held in corners of fields or dining areas.

Towards the end of the shoot I went into the studio to do ADR with actors and extras on songs. I spent a couple of weeks in the studio tidying up premixes and overdubbing additional musicians and singers onto wild track recordings. I also lined up pre-recorded choral recordings in one place and remixed war drums etc. Essentially, because the live music worked so well, there wasn’t a lot to do except for mixing stems for use in the mix.

Q> Chantelle, describe to us the main purpose of your role on the production and talk to us about any challenges you faced?

Chantelle> As Jim mentioned, I was initially brought on to help manage the budget and help him with finding and booking musicians and singers. I went up to Glasgow about three weeks before filming started, stayed until three days in to the shoot, and then continued on the film for the next three months from London, with the occasional trip back for the larger music scenes – it became clear pretty quickly the monumental scale of what David Mackenzie wanted to achieve with the music and my role quickly expanded.

The biggest challenge we faced was the sheer scale of musicians used, which was nearly a hundred and twenty, and the number of scenes with music, added to David’s desire to record as much as possible live – on some days, it felt like we were doing a musical! We did do pre-records, which were utilised for certain scenes, but a lot of the time, we were having to juggle a number of factors to ensure that we could record live (location acoustics, sound recording setup, the way the costumes fit, etc.) which was a constant challenge.

Another challenge I faced was often being down in London – not being in the thick of it meant that I couldn’t just pop over to the relevant department to discuss things, and not always being on set meant that sometimes I was having to react to things quickly from quite far away.

Q> Jim, You worked closely with Chris Pine and other cast members to provide them with vocal coaching, how did you find this?

Jim> Yes, I worked with a small team of singing coaches and choir masters. I really enjoyed working with Chris and the rest of the cast. Chris has a lovely tenor voice and his Scottish accent was perfect. He and the rest of the cast applied themselves well to both the Scots and the Latin songs that we taught them. The results speak for themselves!

Q> To you both: What was your favourite musical scene from the production and why?

Jim> I loved working on the Coral beach scene which was set in Islay working with women singing Gaelic Waulking songs. It was so very cold that day and the women were amazing. My favourite however was the Latin choir in the wedding scene. It was my first day on set and the music worked really well, setting the scene for the actors and giving them a sense of ‘being there’. The diegetic music made a huge difference to the actors who found it easier to be ‘in character’ with the music which would often play through their performances. This music was also really useful to David for establishing the feel and pace of the scenes it was in. There was a lot of standing around in muddy fields for days on end, but it was worth it to see the whole thing come together. What a fantastic experience.

Chantelle> I have two favourites, both in terms of the day and how they appear on screen – the first was the day after Jim’s aforementioned wedding scene, again including the choir, but this time for a funeral scene – it was our second day on set and the choir had already done the day before, so were feeling confident and happy, and the music Jim had written for the scene was incredibly beautiful and spine chilling – you’ll recognise it straight away in the film. My second favourite, to bookend it, was my second last day on set and was for the famous 'Feast of the Swans' – it could not be more different in terms of musical style to the choir and utilises a huge array of interesting musical instruments including Lancashire pipes, dulcianas, hurdy gurdy, bowed zither and throat singers. It’s quite a mad piece of music but perfectly evokes the bizarreness of the scene and was a fun scene to be on set for.

‘Outlaw King’, directed by multi award-winning David Mackenzie is out now on Netflix and in UK cinemas 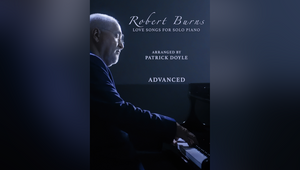