An Adman's View on the UK's Budget: Govt Must Do More for Young People 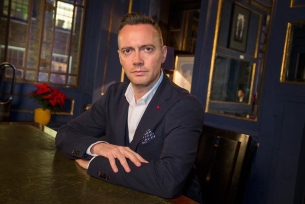 Generation Yers are an anxious bunch. More than a quarter of millennials say they have suffered from anxiety in the past year, according to recent research from Aviva’s Health Check UK report. And who can blame them?

This country has not been kind to its younger citizens, saddling them with vertiginous piles of student debt, snatching the housing ladder from their grasp, and cutting their benefits.

Add in the low wages, tax credits cuts, and the spiralling cost of living, and you’d be forgiven for thinking George Osborne is harbouring a personal vendetta against all British 18-24-year-olds.

In 2015, Osborne directed young people to "earn or learn" in his budget speech, withdrawing student grants and housing benefit for 18- to 21-year-olds and even prohibiting the under-25s from receiving the national living wage increase.

Now Osborne claims that his 2016 budget comes from a government that is "not afraid to put the next generation first".

The main thrust of his argument rests on job creation and improving social mobility. Osborne was upbeat about jobs, citing high rates of employment and figures from the Office of Budget Responsibility that suggest a further 1 million jobs will be created over the next four years of parliament.

Tackling the obesity crisis formed another prong of Osborne’s support for young people. A mission that will be funded by the soft drinks industry through the introduction of a tax on sugary drinks in 2018.

The anticipated £520 million raised by the levy will fund sports initiatives in schools and Osborne, who praised brands including Robinsons and the major supermarkets for taking pre-emptive steps to cut sugar in products, also suggested that the levy would inspire soft drinks’ advertisers to invest in advertising to "promote low and no sugar brands."

There was some good news for those young people in work or about to enter employment, with an increase in the threshold of the tax-free personal allowance to £11,500 next year.

And Osborne’s "tax break for the digital age" – tax-free allowances for "micro entrepreneurs" who sell services online could benefit those young people who go it alone in the digital economy.

Education was cited by Osborne as the "the single most important thing we can do to boost the long-term productivity of our economy". He announced a £1.5 billion plan to "improve the quality of our children’s education" by moving state schools into academy school status by 2020.

A focus on the performance of schools in the North of England was also mentioned but it will be years, decades even, before we can assess the impact of these initiatives.

While Osborne argued that the new Lifetime ISA, designed to help those under 40 save with the bonus of a government contribution, will encourage young people onto the property ladder, real help in finding affordable housing seemed in short supply.

Osborne said that the government would use new stamp duty rates on additional properties towards funding community housing trusts but this seems like too little too late.

The government could start by helping the young people it has seemed intent on punishing for the past six years by providing greater funding for affordable housing to fix the housing market and allowing them to move out of their parents’ homes, lead independent adult lives and have families of their own.

That would at least provide encouragement to the next generation of people considering a career in the creative industries, boosting the diversity of talent available to employers by giving everybody a fair chance.