The Influencers 155 Add to collection

When done right, album artwork can become something greater than the music itself, says LP/AD's Alex Shifrin 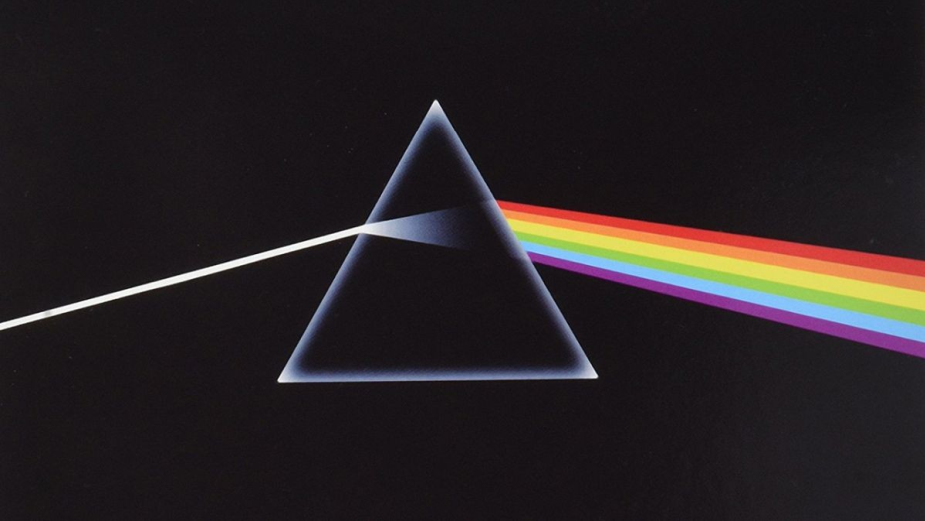 I’ve always loved music. I even consider myself a bit of an audiophile. To me, recorded music is a piece of total art, made complete by performance, an exploration of lyrics, recording techniques and of course album artwork. Album artwork has changed a lot over the last 20 years as we’ve moved away from buying albums to purchasing singles to streaming. With the resurgence of vinyl, we’ve once again started to appreciate the wholistic experience of published music. When done right, album artwork can become something greater than the music itself. Herein is a list, in no particular order, of an ad guy’s view on the greatest album covers of all time.

Pink Floyd. The Dark Side of the Moon.

From an iconography and branding standpoint, TDSOTM is probably the single greatest piece of album art out there. Pink Floyd created a logo for a generation, and a t-shirt design that transcends the album itself, representing fashion and aesthetics even today. The refracted light coming through a prism has become synonymous with Pink Floyd, and has taken a simple science experience and made it into a universally accepted allegory for all that is cool. Trends come and go, but The Dark Side of the Moon endures, just like it’s record breaking 950+ weeks on The Billboard Charts.

The Beatles. The White Album. 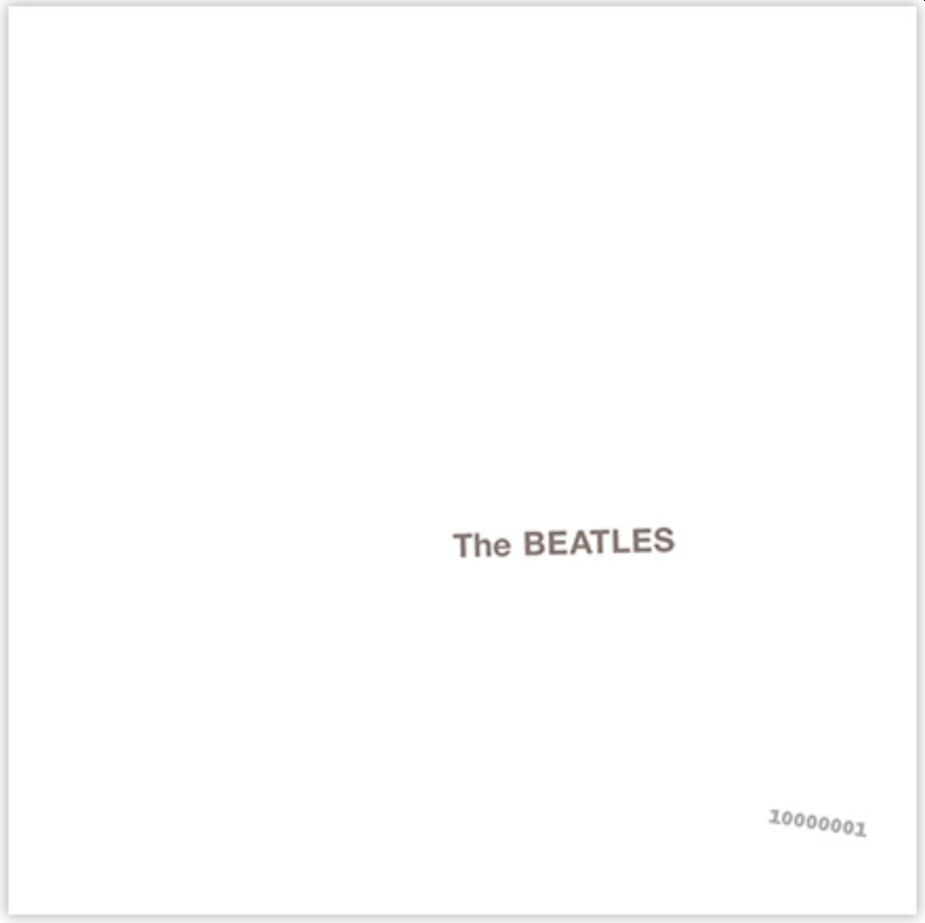 Absolut, Heinz and Coca-Cola have all played with the idea of absence of brand, removing their iconic shaped packaging from an ad to demonstrate presence via said absence. The Beatles self-titled LP, also known as The White Album for obvious reasons, set the standard for minimalist, absence-driven design. Clean design, bold brand statements, confidence - everything that we embrace today in brand design and expression hit the shelves in 1968. Even the skewed alignment of their name on the flat white background creates an interesting, contrasting effect to the eclectic, complex and experimental tones of the music contained within. Creative tension at its finest. 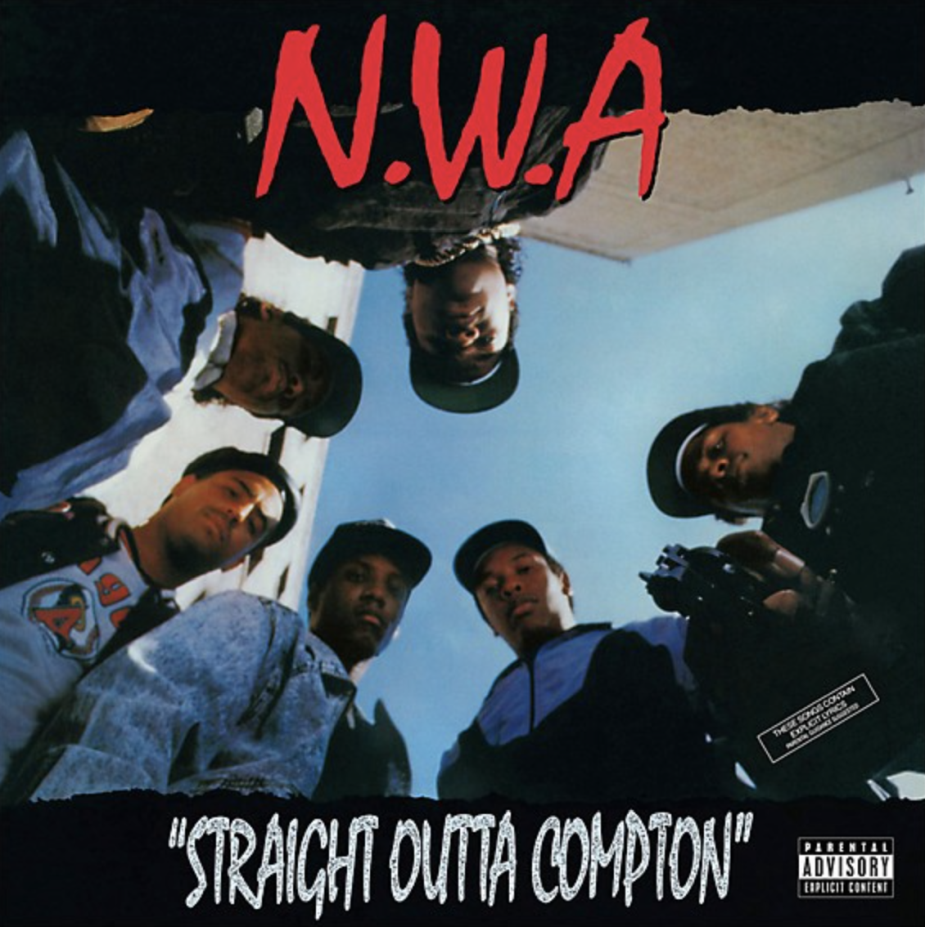 In the 1970’s, brilliant artists like Stevie Wonder and Marvin Gaye explored urban themes and the racial divide with their albums Innervisions and What’s Going On. These were complex, inward-looking pieces of poetry, inviting the listener into the homes of African-American families. In the 1980’s, NWA chose to address similar issues, except no via hospitality but via terror. Straigh Outta Compton throws the listener to the ground, while Eazy-E shoves a pistol in their face, let them know exactly wha they've gotten themselves into. Truth in advertising, indeed. I was in high school when this album came out, and tracks like Fuck The Police didn’t get a lot of radio play. However, everyone in my high school knew this album, knew the songs, and knew the lyrics. There was no Internet, no radio airtime, MTV didn’t have this on rotation. But this album was everywhere. 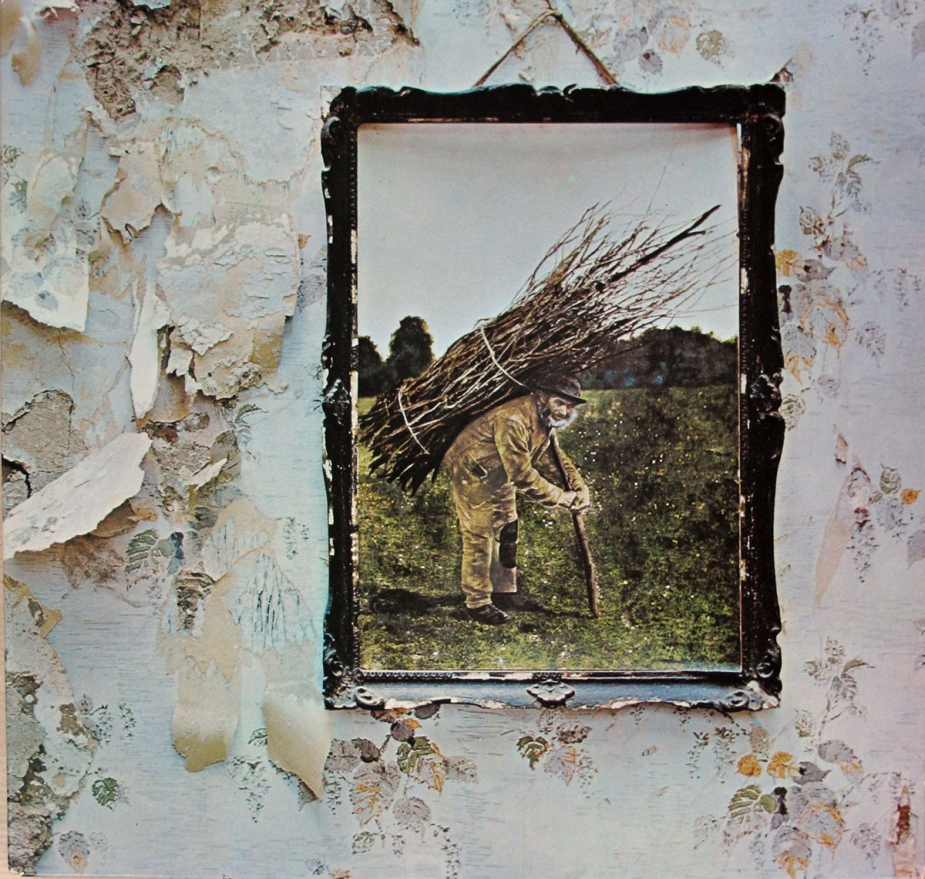 No matter what you brand yourself as, your audience is going to find a way to make it their own. They’ll shorten it, they’ll rename it, they’ll mock it, they’ll idolize it. Coca Cola became Coke. Pink Floyd became Floyd. Bruce Springsteen became The Boss. Apple Macintosh became Mac. Kentucky Fried Chicken became KFC. Led Zeppelin IV became Zoso. 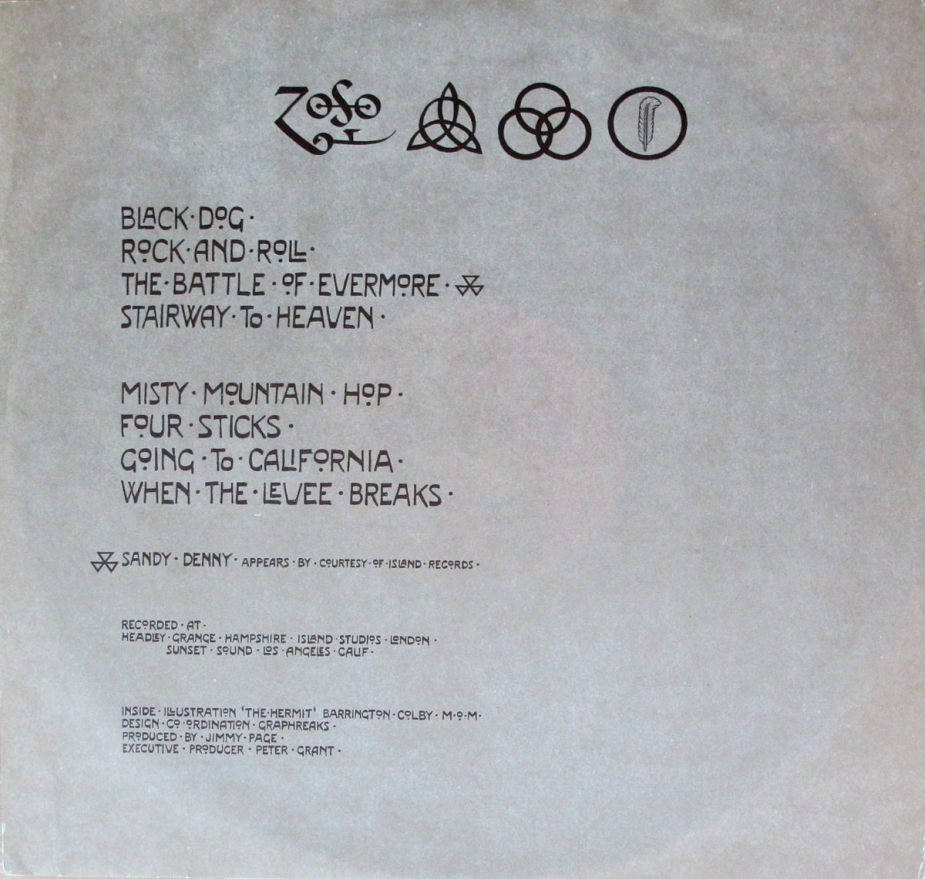 That was never the intention. In fact, Zoso was derived from calligraphy-style caricatures created by Jimmy Page for the album’s inner sleeve artwork, but yet somehow it stuck. So much that eventually the record label started printing the Zoso symbol on the front so that people looking for it, knew that they found it. 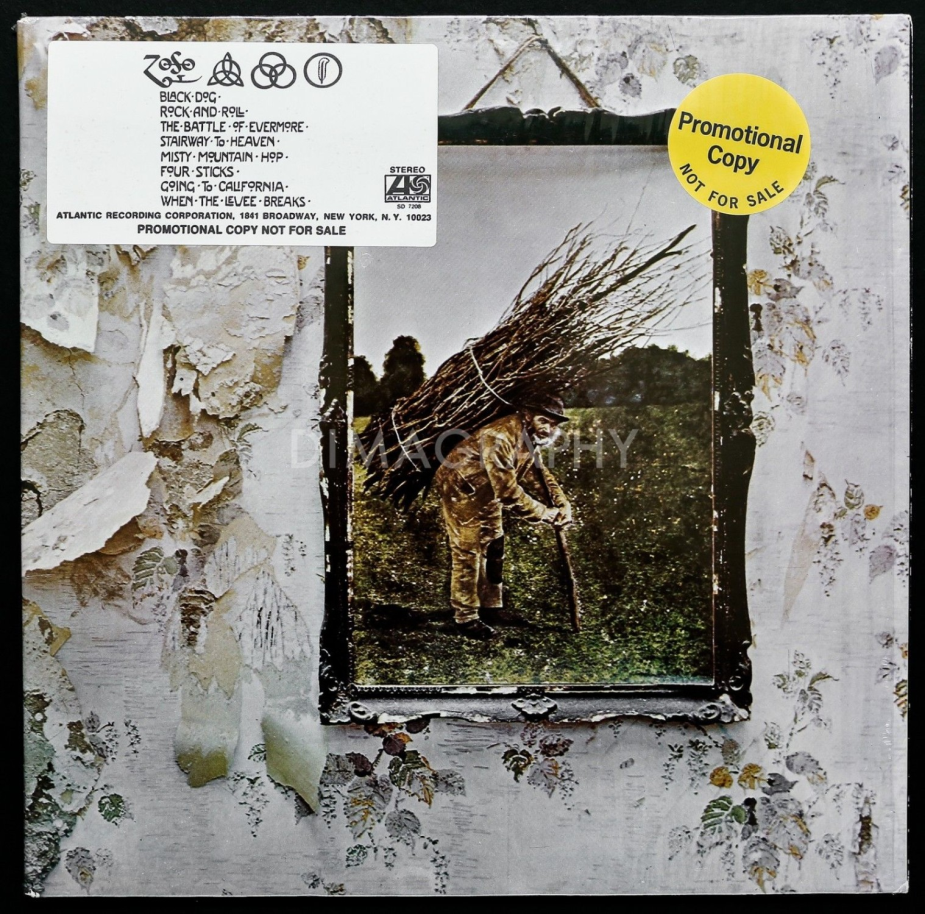 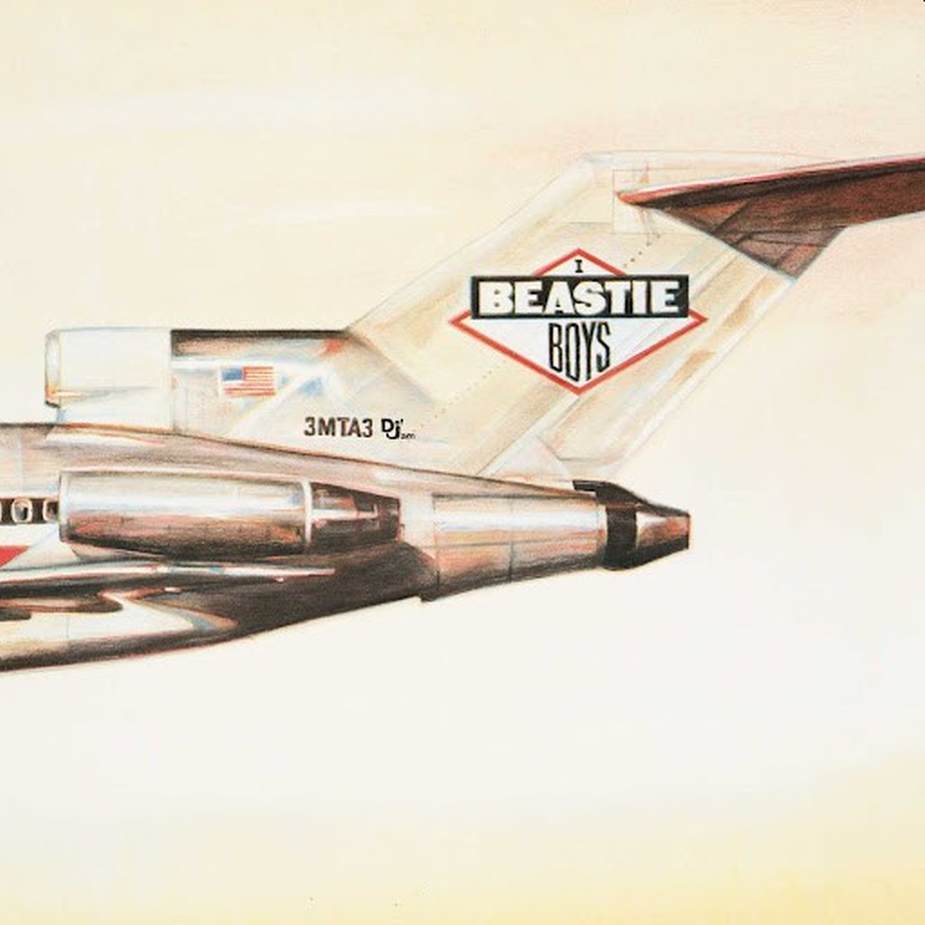 The ultimate fuck you to corporate America, three teens from Brooklyn took everything their parents valued (business, careers, leisure, travel, life) and smashed it against the side of a cliff. To drive the point home, if you look closely, the ID tag on the plane’s faring reads 3MTA3, which is a mirror image of EAT ME. What better way to say fuck you than fuck you? If you thought that an airline disaster was a hell of a way to shock your parents, then I won’t tell you about the 20 foot tall hydraulic penis that they used as a stage prop for their 1988 tour in support of Licensed To Ill. 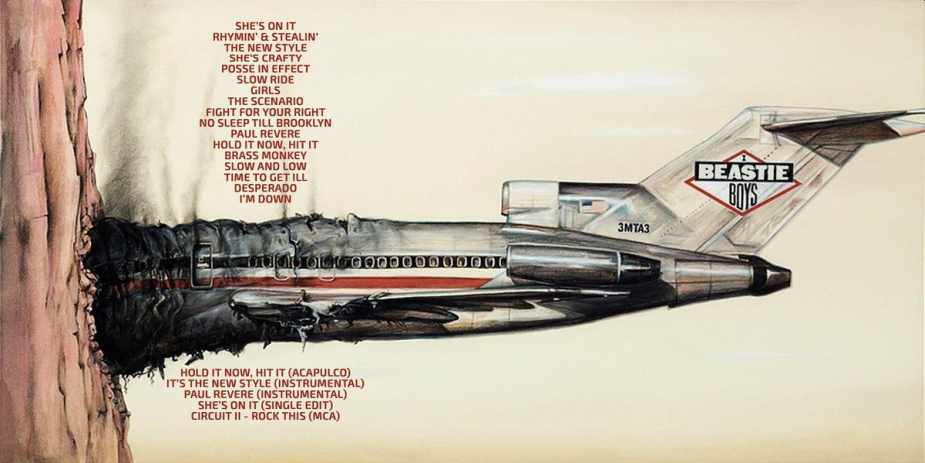 As artwork, this album cover symbolized everything about generational gap and rebelling against your parents. As an album, it was even more. People say not to judge a book by its cover. In this case, they are wrong. 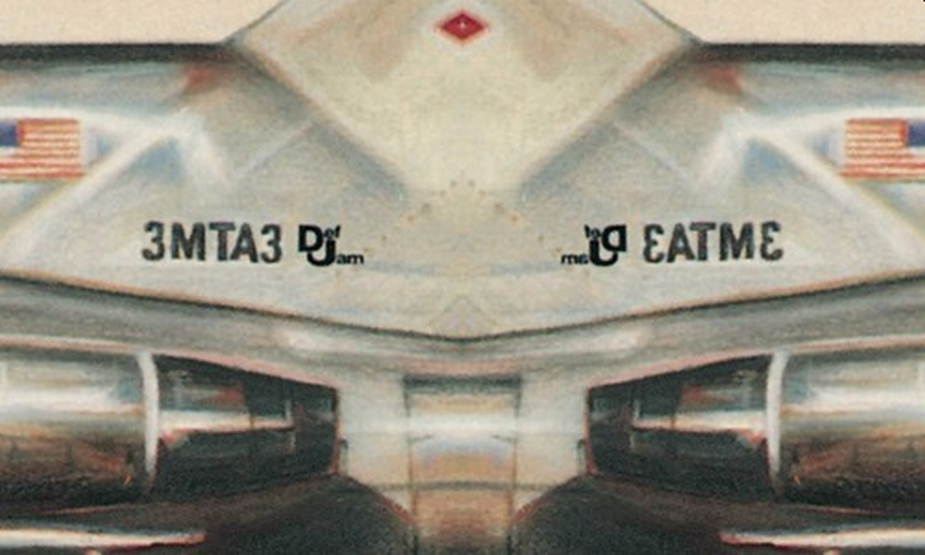 Apparently, the giant stage penis is still around, btw. Ad Rock lamented recently that funny as it seemed at the time, in retrospect it’s an embarrassment that has had them “paying thirty years’ worth of storage locker fees in New Jersey for a 5-foot-by-5-foot dick in a box.” Testament that teenage rebellion is a moment in time and Licensed to Ill was definitely that moment. 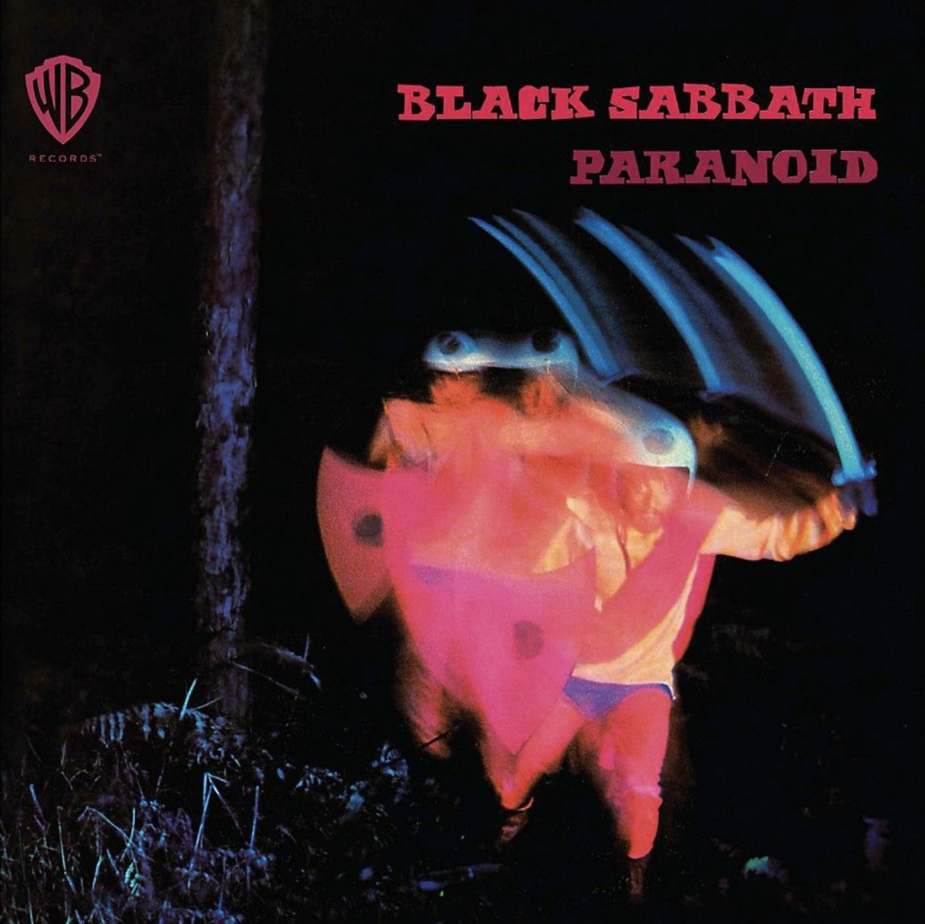 The film transfer effect of the pink leotard warrior normalized randomness, mistakes, and aesthetic ambiguity, made popular by the Lomography movement and Instagram. The album was initially supposed to be called War Pigs, and in that context the pink-clad, sword wielding soldier makes total sense. However, the label thought that Paranoid was a much more acceptable way to get on the shelves of record stores, so they made the change without consulting with the band. At first upset, once the record became a hit, they all embraced its randomness. Today, film transfer effects find their way into Supreme lookbook spreads but in 1971, Ozzy and Co. inadvertently put it out there as a way to throw their finger up at war. 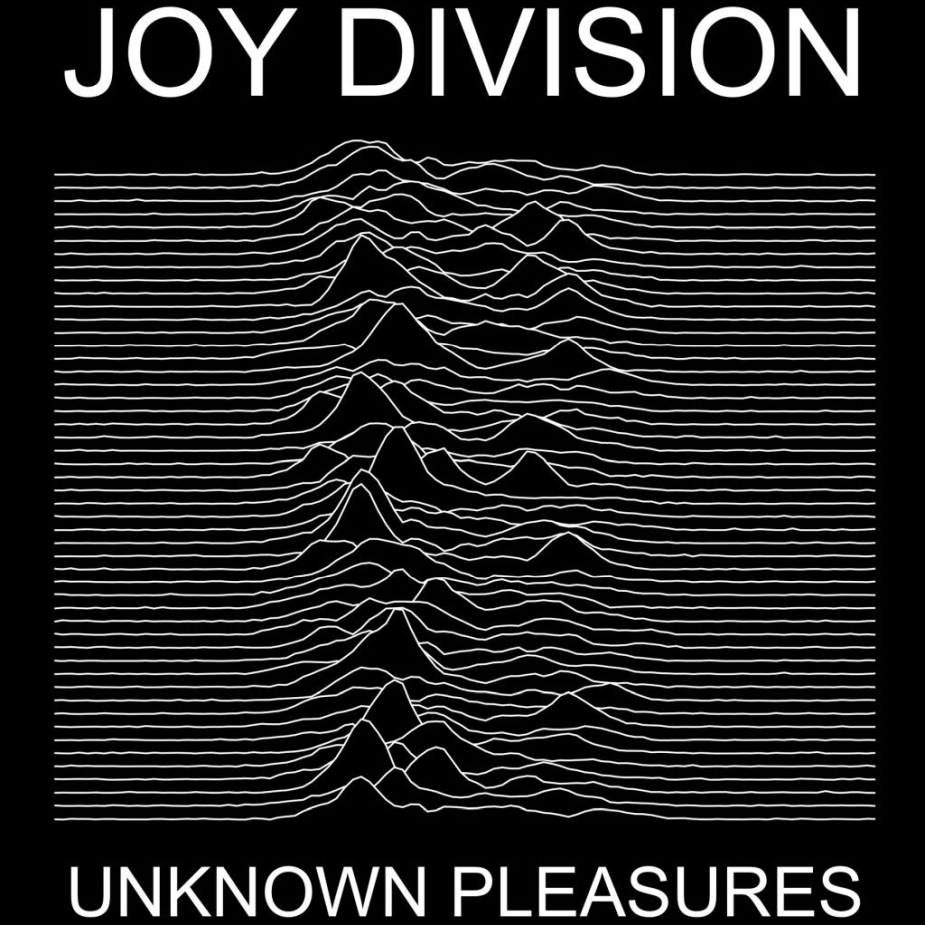 If you want to make a 40-something pause and remember a time when they were 20 years younger and 30 pounds lighter, show them the cover to Unknown Pleasures. As iconic as The Dark Side of the Moon for people 10 years older, this minimalist landscape of heartbeats beating out of synch, has made its way to countless black t-shirts and wall posters. Style, iconography and branding for an entire generation, both organic in its idea yet mechanical in its execution, the contrasts are perfect. 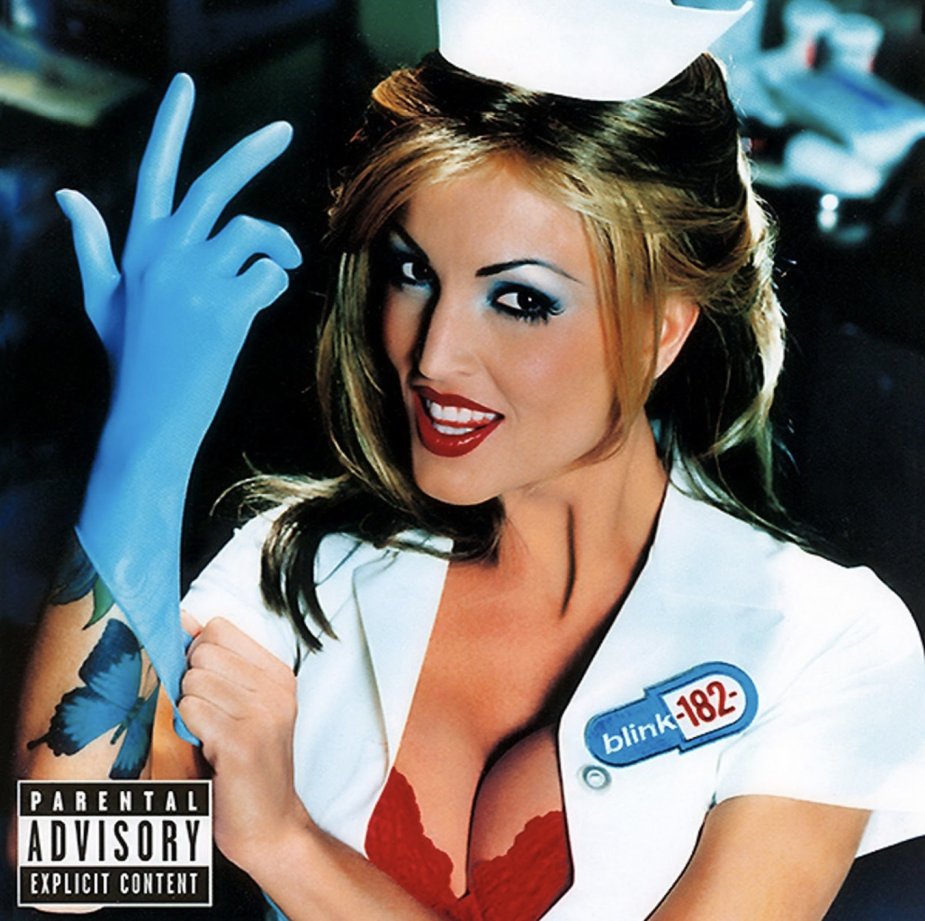 There’s so much wrong here, yet you can’t really place your, ehm, finger on it. It’s like looking at an American Apparel ad from the 2000s. You kinda liked it, yet you weren’t certain whether you were looking at an advertisement or pornography. Or both. Enema of the State makes you uncomfortable. Or aroused. Or embarrassed. Something. 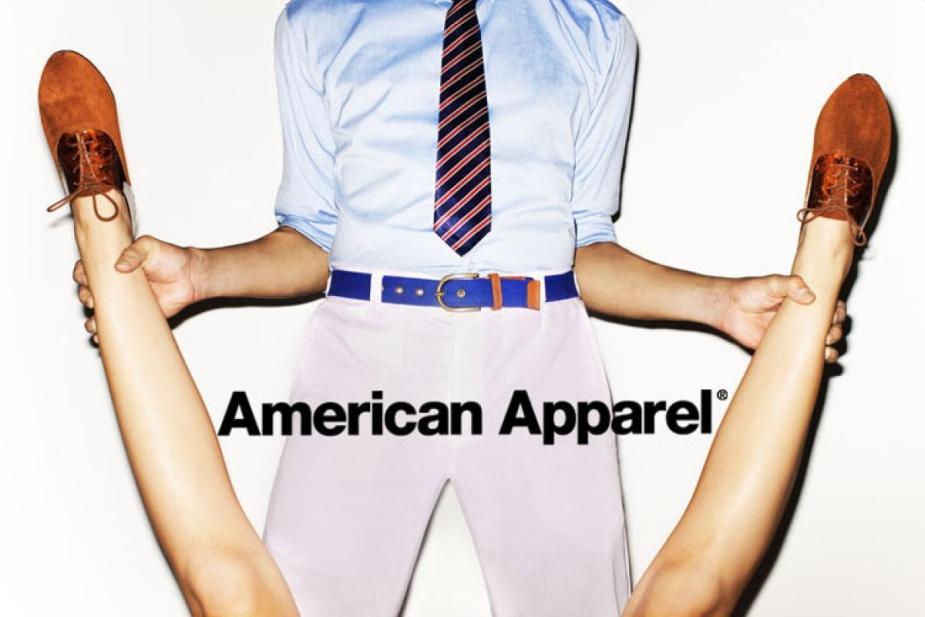 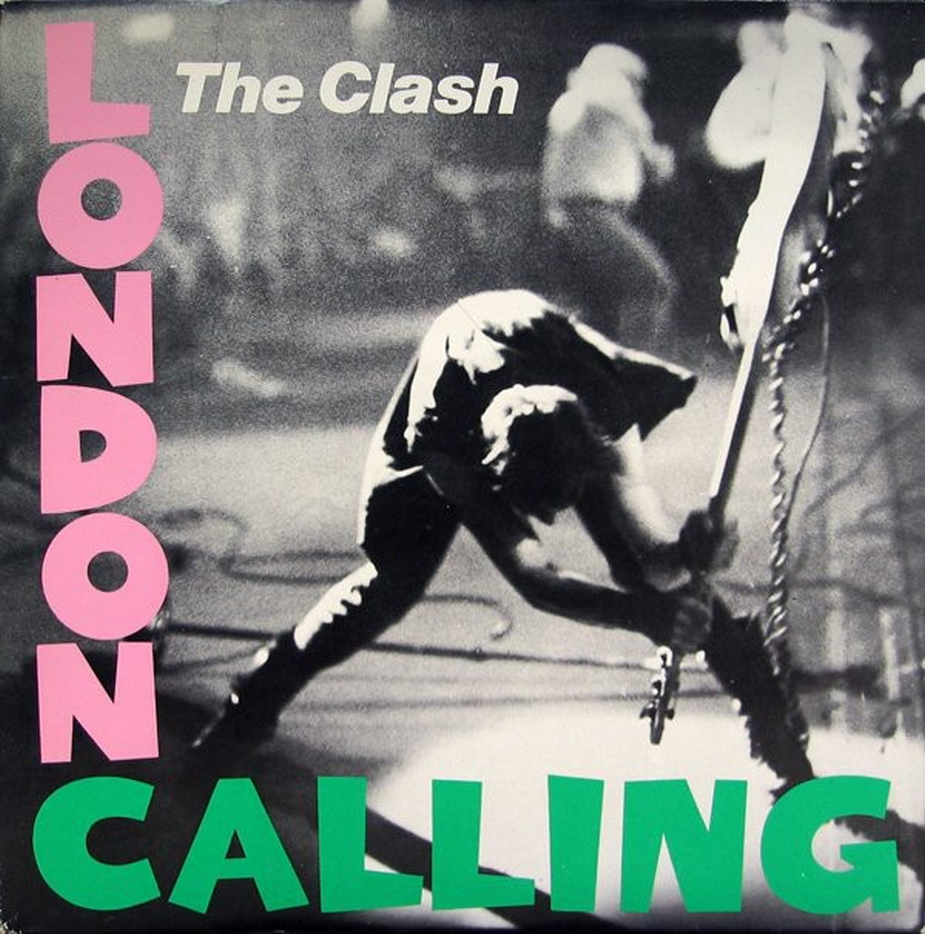 Sometimes generations blow up a previous era by rejecting it. The Clash blew up the previous generation by amplifying it. The London Calling album cover is a cover version of Elvis’ 1956 eponymous debut. If Elvis made an entire generation uncomfortable with his provocative gyrating during live shows, The Clash took that idea a step further and just smashed the fuck out of it. The Clash took a lot of musical cues from rockabilly artists of Elvis’ time, but made it louder, shorter, grittier and punkier. Just like the album artwork for London Calling. 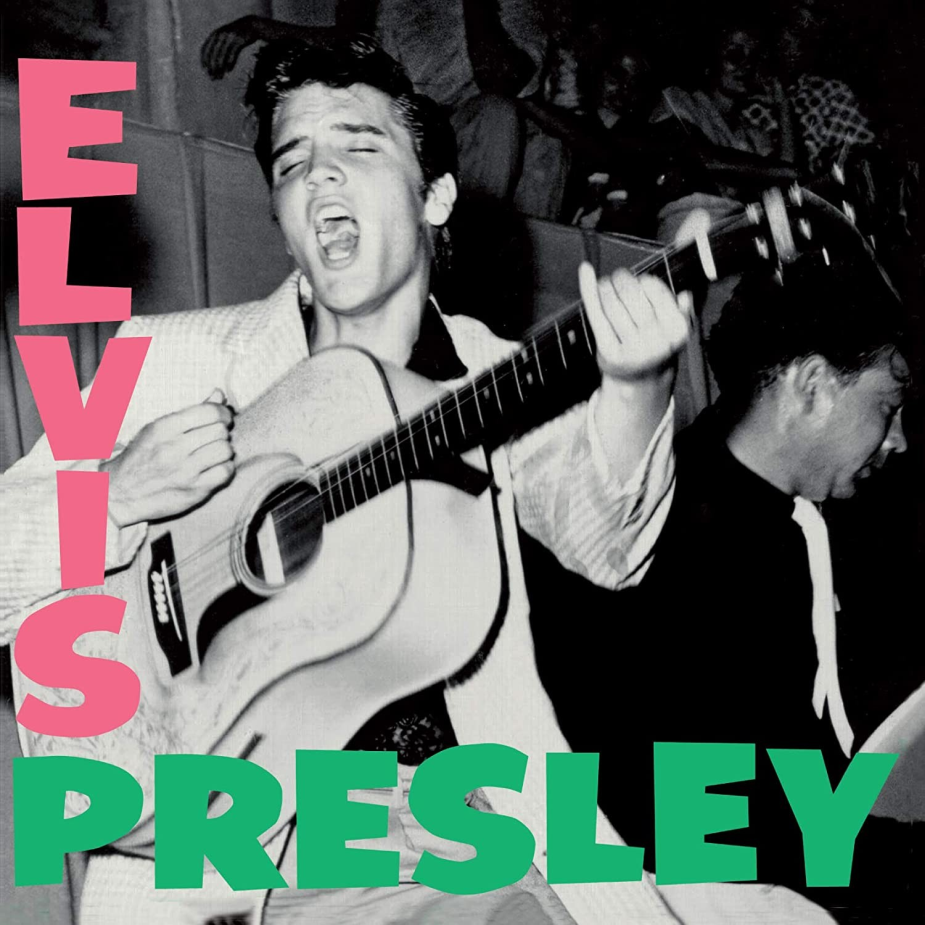 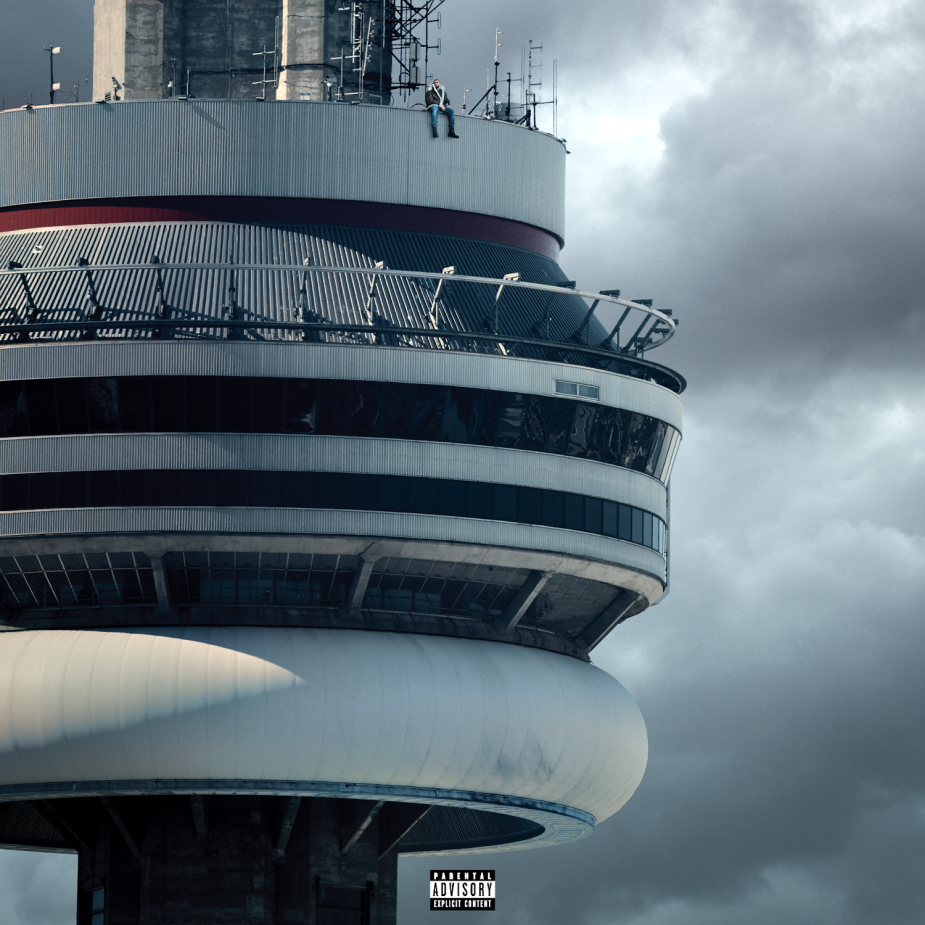 When we talk of iconic album art, just like icons, they’re something to behold. Drake’s Views artwork is iconic for the social media generation. Fans didn’t idolize it, fans interacted with it. People learned how to use Photoshop in order to create memes, crop photography, they discussed architectural proportions, put themselves into the art, placed Drake into their own photos. Few artists can boast this type of user engagement like Drake. And his new album, Certified Lover Boy, is no different. 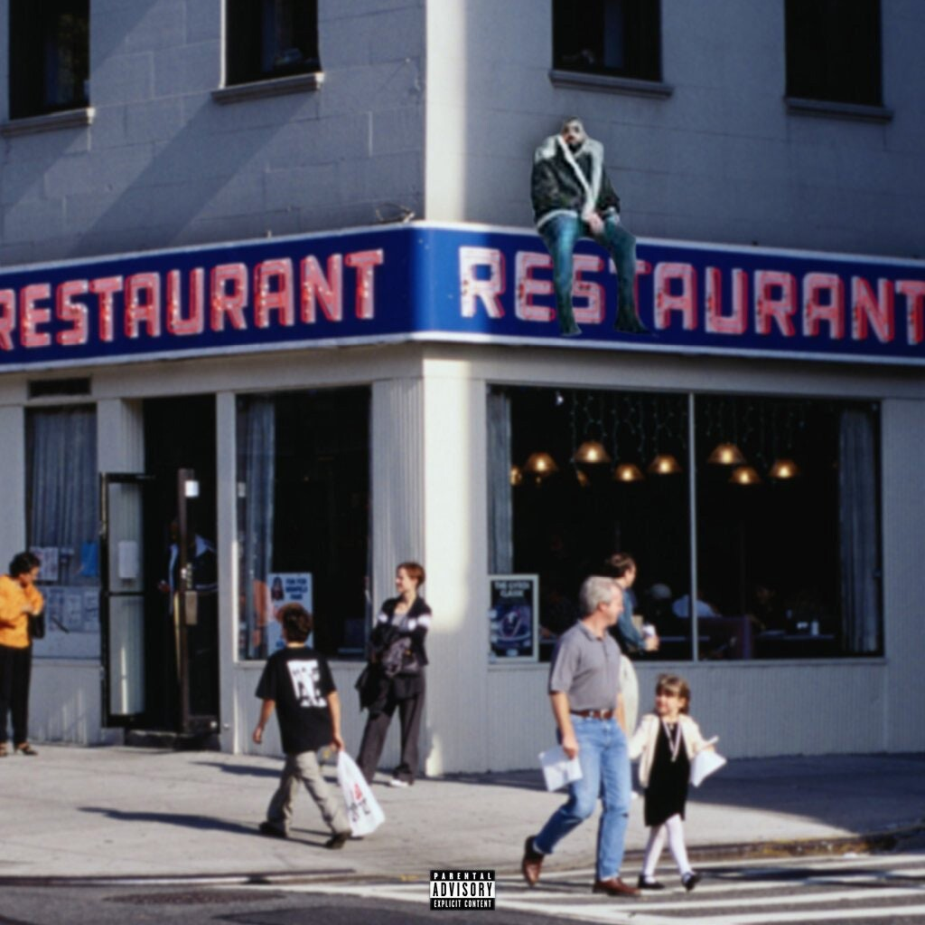 Everything But The Girl. Walking Wounded. 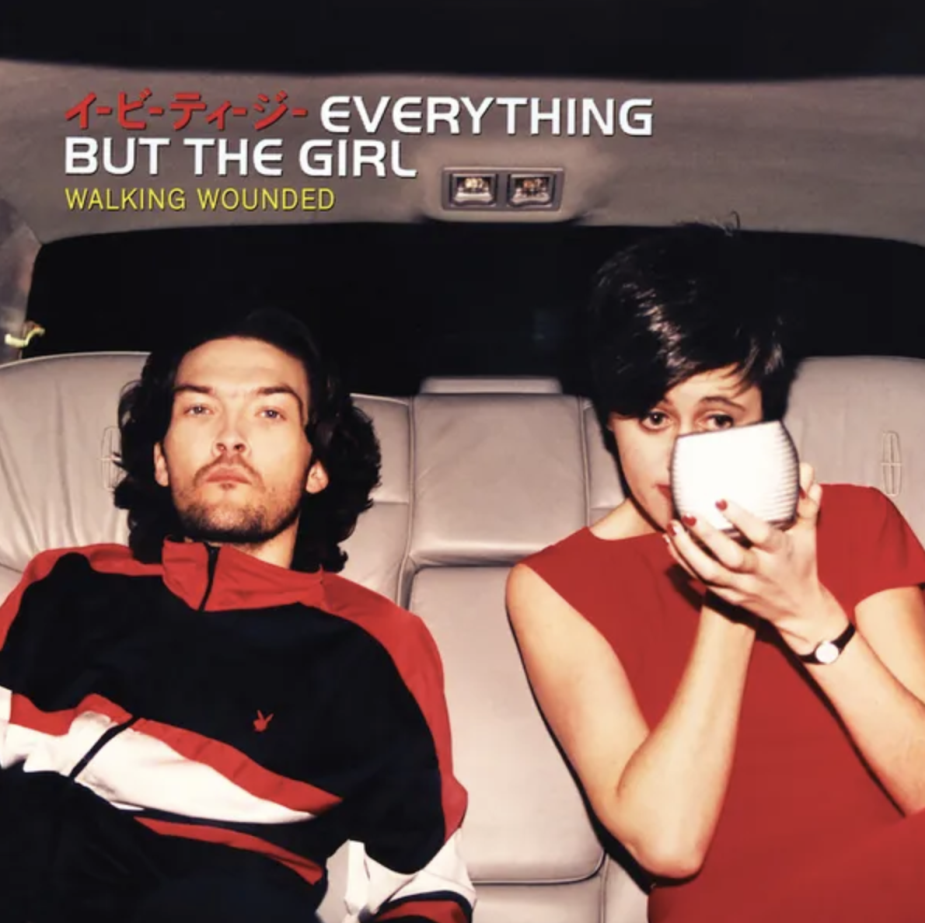 Walking Wounded, intended or not, looked like it was a Japanese import album, despite it being a domestic release. Which is kinda brilliant, and chronicled aptly in Alphaville’s Big in Japan. It’s sort of like naming your debut album Greatest Hits. Sometimes a brand has to appear like it’s huge internationally in order for it to be respected locally. In Russia, there’s a home appliance brand named BORK. Everything about its name, brand and packaging seems to suggest that it’s a German import. However, looking closely, you quickly discover that everything is locally produced. When bands made it big, they’d often release international versions of their albums. For a collector, getting a Japanese printed import of vinyl was always something rare and always more valuable. In this instance, Everything But The Girl created that same feel. But domestically. 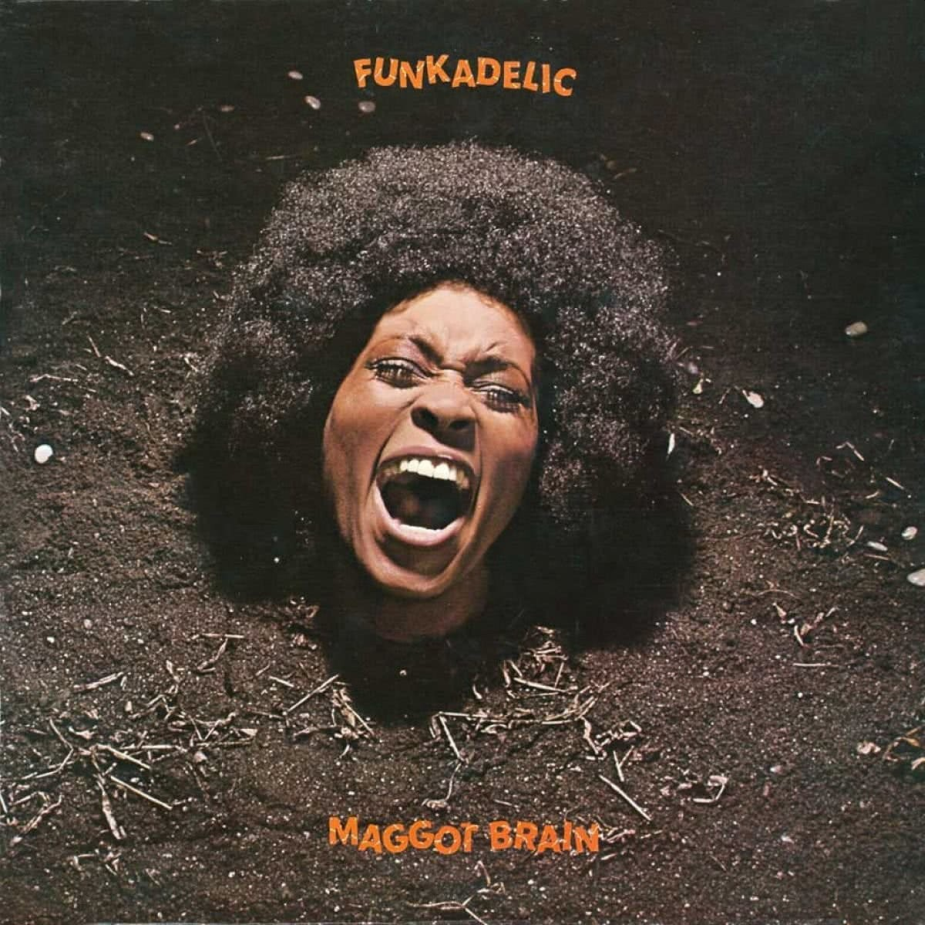 In advertising, we talk about great creative having tension. Tension draws interest. It forces people to look. And to feel. Funkadelic’s Maggot Brain is raw tension. It’s both beautiful and wrong. It’s a mix of fashion and phobia. Elation and death. Joy and terror. Also, Maggot Brain the song has one of the greatest, moodiest, LSD-fuelled extended guitar solos in the history of modern music. Check it out. 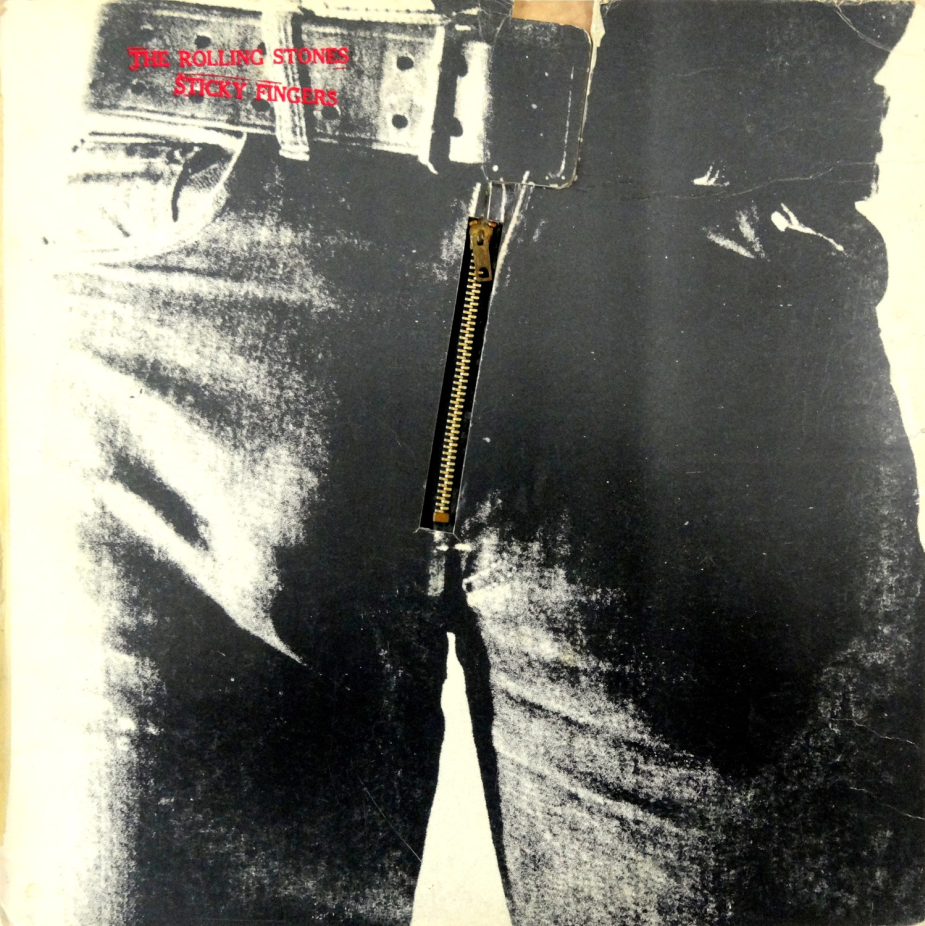 In many ways, this album artwork is an agency’s dream. The story goes that The Rolling Stones sent a letter to Andy Warhol asking him to design an album cover. No brief. Full creative freedom. In response to that, Warhol photographed the bulging penis of a hanger-on at his Factory studio in New York and sent that off to Mick and the boys. What did they do? They slapped a real-life zipper on the album and released it as is. No talk of making the logo, or anything else, bigger. 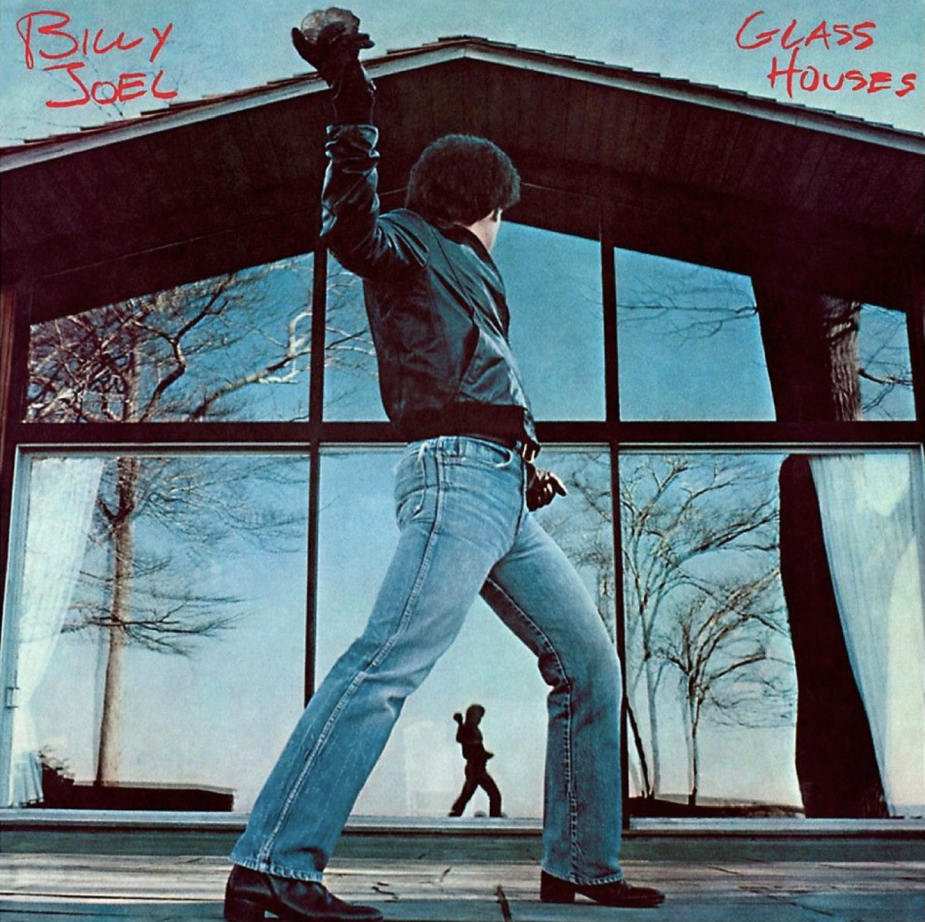 In agencies, we often joke about lazy ads where the agency chose to simply “shoot the brief” with no effort made at creativity. Well, here’s exactly that. The album is called Glass Houses. And here’s a photo of Billy Joel. In front of a glass house. Throwing a stone. Get it? 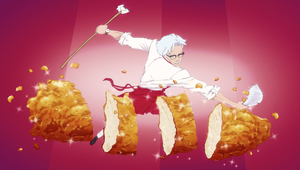