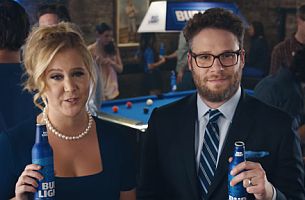 While last week’s Republican debate may have been canceled, Amy, Seth and the Bud Light Party encouraged healthy debate across the country around topics that really matter… like the pronunciation of gif and the speed of a zebra.

The new TV spot 'Debate' is the sixth Bud Light Party commercial released in the campaign from Wieden + Kennedy (the first spot aired during Super Bowl 50).

The new spot made its broadcast debut on Saturday on CNN as the latest round of primary results rolled in.