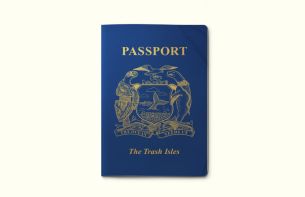 AMV BBDO has won the Grand Prix in Design for their campaign ‘Trash Isles’ in partnership with the LADBible and The Plastic Oceans Foundation.

The Trash Isles was created by AMV BBDO in June 2017 in partnership with the LADBible and The Plastic Oceans Foundation, when they submitted an application to the UN on World Oceans Day, to recognise the Trash Isles as an official country. If granted, this would compel other nations to clear it up.

It has since attracted big names to the cause such as Sir David Attenborough and Al Gore who are both Honorary Citizens and Judy Dench who is officially the Trash Isles Queen. It now has the support of over 200,000 citizens and has overtaken Samoa in population size.

Stephane Dujarrac, the spokesmen for the secretary general of United Nations, has said of the campaign: “I think it’s a very innovative and creative way to bring attention to a problem that is not often seen”.

The video has been viewed over 50 million times and the campaign has reached half a billion people so far.

The creative team behind the idea, Dalatando Almeida and Michael Hughes and designer Mario Kerkstra, said of their win: “We wanted to put this country sized problem under the noses of world leaders, literally, raising awareness of the crisis in our ocean and its impact. So to see the campaign getting recognition on a global stage is great as the more noise that is created around the issue, the harder it is to ignore”.

Arian Kalantari, Co-Founder LADbible Group says: “Winning a Cannes Lions Grand Prix in partnership with AMV BBDO and Plastic Oceans Foundation is an unbelievable moment for LADbible Group. Six years of hard graft, creating impactful and positively good content for a mass youth audience is paying off. We are delighted to work with AMV BBDO and Plastic Oceans Foundation and to see the creative industries believe in supporting our vision.”

Julie Andersen, Global Executive Director at Plastic Oceans Foundation, said: "We believe in the value of creativity and its ability to serve as a powerful tool for awareness. Trash Isles is a perfect example of multiple sectors coming together to create a campaign that has done exactly that. It's an honor to be a part of it, and this prestigious award only validates that creative innovation can help break down barriers and produce meaningful change."