AMV BBDO Tackles the Morning After 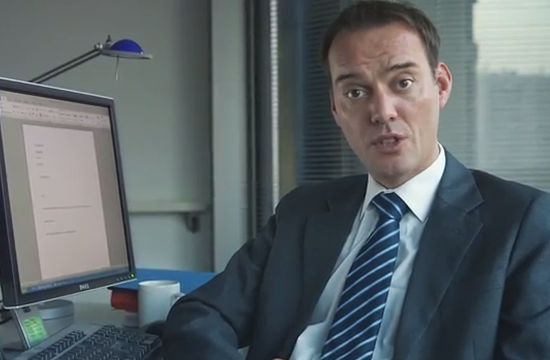 The consequences of drinking too much the night before driving are highlighted in a powerful new film in the THINK! campaign, Roads Minister Robert Goodwill has announced.

The effective video highlights the fact that many people can still be over the legal limit to drive the morning after drinking.

The video is the latest in the government’s THINK! campaign launched earlier this month, which highlighted the “snowball” of consequences linked to a drink drive conviction.

The new video has been launched online over the Christmas period and follows statistics that shows a fifth of drink drive accidents occur in the morning.

The video, launched today, features a sober-looking man who talks about how his body is still over the limit the day after an evening of drinking.

The man mimes to his own drunken voice that he had recorded the night before.

The man says: ‘‘The voice you’re hearing is mine; it was recorded last night, after I had a few pints…because alcohol takes so long to pass through my body, even though I feel sober now, my body is still drunk.’’

In the commercial, which is the first to deliberately use a drunk presenter, the actor struggles to mime to his slurred voice, at times looking comically embarrassed as his voice stumbles, rambles and giggles.

The film is intended to be both funny and thought-provoking and ends on the message: “To your body, the morning after is still the night before.”

The film was directed by double-BAFTA winning director Dominic Savage, who said: “It’s funny to hear a drunk voice come from the lips of a seemingly sober person, but it’s an incredibly powerful way to say that the body really is still drunk, the morning after.”

Road Safety Minister Robert Goodwill said: “Even if you look and feel sober the morning after drinking, your body may still be way over the limit. If caught, you’ll get a minimum 12 month driving ban, a criminal record, and you could even end up in jail.

“The message is clear; if you are going to drink, don’t even consider driving, and think very carefully about whether you are really safe to drive in the morning. It can have devastating effects on your life and on the lives of other people.”

The Institute of Advanced Motorists has calculated that the cost of a conviction could be up to £50,000. This is based on someone losing their job as a result of their conviction, receiving the maximum fine, the average cost of legal fees and increased insurance premiums.