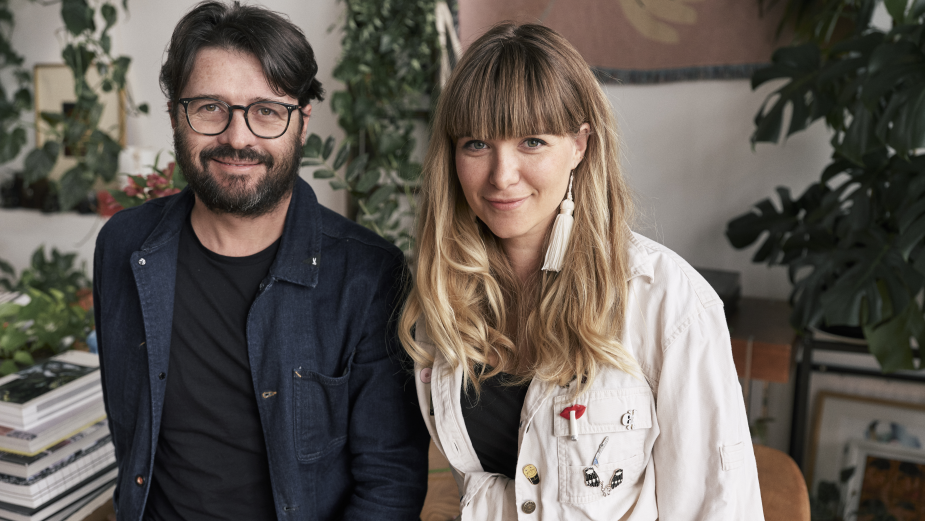 Over the last 18 months, as ECDs, Nadja Lossgott and Nicholas Hulley helped power AMV BBDO to win Global Agency of the Year at Cannes Lions, D&AD, and the One Show. Now, the duo steps up as chief creative officers in a move to continue the agency’s creative excellence and evolve their output for the years ahead.

Nick and Nadja joined AMV BBDO in 2010 as copywriter and art director, later promoted to creative directors in 2014, and then stepping up to ECDs in 2019. The pair are highly awarded, with the highlights being over 20 Grand Prix at Cannes, D&AD, One Show and Clios, including two Black Pencils, a Titanium Grand Prix, a Glass Grand Prix and a One Show Best in Show.

Throughout their career they have believed in the power of empathy, the power of challenging conventions and dogmas, and the power of creativity to solve the toughest business problems.

They redefined the period category and changed culture with their work on 'Blood Normal' and 'Wombstories' for Bodyform/Libresse (Essity).

They rebranded tap water into 'Guinness Clear' and helped the brand achieve a 10% increase in volume sales during the Six Nations Championship.

After writing the influential Guinness 'Sapeurs' film and documentary, they took over global leadership of the account. More recently, they led the work for “Guinness Welcome Back” propelling the brand to the most talked-about beer brand in the UK.

They were the creative lead on 'Trash Isles' declaring the pacific garbage patch an official country.

And they helped drive the Macmillan 'Whatever It Takes' pitch and campaign, increasing calls to the cancer support line by 41%.

Now, as CCOs, Nick and Nadja say: “We are very excited and proud that our AMV journey has brought us to this role. We will approach the job in the same way we have approached everything – with the ambition to keep making work that breaks through the clutter, the curiosity to see the work resonate in all the new and wonderful corners of culture, and the desire to collaborate with the freshest and best talent there is. We count ourselves lucky that we already have a head-start on this with AMV, which is filled, in every department, with the smartest and most kind-hearted people in the industry”.

Sam Hawkey, CEO at AMV BBDO, says: “Nadja and Nick are certainly the most talented and the most awarded of their generation, both creatively and effectively. Not only that but they are kind, funny, and inspiring souls that everyone loves to work with. So, elevating their creative potency and excellence to the agency’s senior management felt the natural and right thing to do for the agency’s future”.

The move follows Sam Hawkey’s official start at the agency at the end of last year. Alex Grieve, who has worked at AMV BBDO for ten years, the last three as the Chief Creative Officer, is leaving the agency for another role starting at the end of Q1.