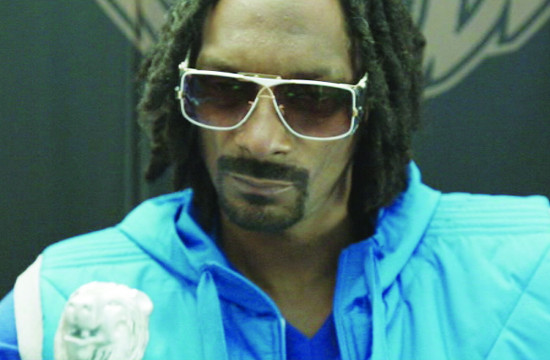 The campaign, aimed at 15-25 year old men, is the first work created by AMV BBDO for adidas Originals and Foot Locker Europe. It takes us right into the heart of the most glorious event in sneaker history; the coronation of LA’s sneaker king, Snoop Lion.  The campaign is inspired by the single ‘Here Comes the King’ from Snoop Lion’s latest album.

In the commercial and longer online video, featuring Snoop’s track, we follow the journey through downtown LA of a Foot Locker Europe Striper as he delivers a precious new pair of ‘Hard Court Defenders’ encased in a crystal box.

The Striper arrives at a Venice Beach basketball pitch where the striper makes his way through a gathering of LA’s finest. The assembly of LA street royalty; models, musicians, low-rider drivers and street dancers dutifully step aside to where we discover King Snoop sat on his throne, quite literally ‘holding court’.

The 30” TV and seeded long form coronation video drive people to Footlocker.eu where they can buy the products and find further films which provide a more colourful insight into the fascinating characters that make up Snoop Lion’s court.

There is also a significant point of sale campaign which captures the flavour of this historic event, recreating Snoop’s court and bringing LA street culture to Foot Locker Europe stores throughout Europe.

The campaign, consisting of the TV ad, online video, branded content, cinema, website and point of sale will run from the 23rd August for 4 weeks in the UK, Spain, Netherlands, Italy, France, Canada and Australia.