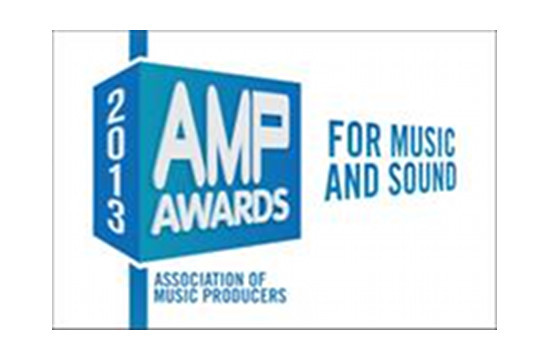 Over the years, they wanted to teach the world to sing and urged us all to take a break and get away, and for that they’re getting the respect and admiration of advertising’s music makers.

The Coca-Cola Company and McDonald’s have been named to the inaugural AMP Awards for Music and Sound, to be presented by the Association of Music Producers on May 7th of Creative Week in New York City.  The iconic companies are being recognized for Outstanding Achievement in the Use of Music to Define the Brand.

The honors will be presented at the AMP Awards at 82 Mercer in New York’s SoHo by Tim Castelli, President of National Sales, Marketing and Partnerships for Clear Channel Media and Entertainment, a major sponsor of the AMP Awards.  Accepting for The Coca-Cola Company will be Nick Felder, Global Group Director of Film and Music Production. Accepting for McDonald’s will be Marlena Peleo-Lazar, Global Chief Creative Officer.

The AMP Awards has also announced a rockin’ lineup of musical talents that will perform at the show. The roster includes critically acclaimed artists Caveman and Quadron, with DJ sets provided by French Horn Rebellion and Savoir Adore.

“Music is an essential part of consumers’ lives, and finding the perfect song that helps connect a brand to their customer is an important piece for any marketing campaign,” said Castelli. “I am pleased to be presenting this award to two iconic companies that have captured the hearts of consumers across the country through music.”

“Certain brands have always made music an integral part of their brand identity, and we felt it was important to recognize that as part of our very first awards competition,” says Larry Pecorella, President of the National Board of AMP and Creative Director and Co-Founder of Comma Music.

“These two brands have an amazing legacy of doing that,” Pecorella continues.  “Since the creation of the AMP Awards was designed to turn the spotlight on what music producers and composers do and on the role music plays in the marketing picture, it was just fitting that Coca-Cola and McDonald’s be honored.”

Commenting on the award, Coca-Cola’s Felder points out that the company has had a long association with music. “It’s part of the fabric of the brand, and it comes alive in so many ways,” he says, “from our advertising to our support of emerging artists, to the hundreds of festivals and live events we sponsor around the world every year. Coke and music just go together.”

On being recognized by AMP, Felder says “it’s unbelievably great, and very humbling.  As a company we’ve worked with so much great musical talent over the years. To have the community come back and recognize us is really gratifying. We’re honored.”

Immediately following the Hall of Fame presentations, the AMP Awards Show will continue with winners of the ten music and sound categories for 2013. Following that, the live celebration begins, and it promises to be as compelling as the award-winners.

“On a night in which we're celebrating the best of music and sound in advertising, we are equally excited to put before the industry these four amazing acts,” says Pecorella. “The talent we’ll be showcasing will go a long way in creating the most spontaneous and entertaining award show the industry has ever seen”

According to NPR, Caveman’s “searching, dreamily rendered, deftly executed pop-rock is the stuff of painstaking craftsmanship and creative relentlessness.” The New York Times described a recent Caveman show as “a rolling set, thick with animalistic drums...an hour of seamless musical beauty.” The Brooklyn-based band’s new, self-titled sophomore album includes the single “In the City,” which premiered on NPR’s “All Songs Considered.”

Britain’s NME calls Savoir Adore’s sound “musically and lyrically brave,” while Nylon praises it as “irresistibly melodic indie pop.” Formed in 2007 by Deidre Muro and Paul Hammer, the group is a fixture of Brooklyn’s music scene. Their electro-pop sound is equal parts Goldfrapp, Stars, and Erasure. Savoir Adore has had music placements with Citibank, Yoplait, Hershey’s, 7ForAllManKind Jeans, and others.

For more information on the Association of Music Producers, visit their web site here: http://www.ampnow.com/.