VR/360 and Experiential categories launched, along with those for artist and brand collaborations and complex projects 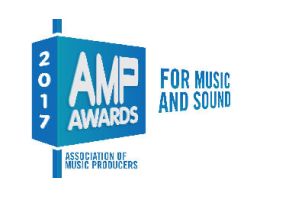 The Association of Music Producers has officially issued its Call for Entries for the 2017 AMP Awards for Music and Sound. Submissions in categories ranging from Best Original Song to Excellence in Radio are now being accepted here. The competition has an entry deadline of February 24, 2017. For work to be eligible, it must have aired or been made public on any form of media channel between March 1, 2016 and March 1, 2017. Full rules, eligibility requirements and fees can be found at the award entry portal.

The AMP Awards, now in its fifth year, is the only US-based, not-for-profit competition in advertising and branding dedicated to honouring achievements in music and sound in all media. Winners will be announced at the AMP Awards presentation, set for Tuesday, May 23, 2017, at the Diamond Horseshoe, located in the Paramount Hotel in Manhattan’s Theatre District.

The former is designed to recognise audio for linear video or game engine VR/360 experiences commissioned by a client for brand promotion, and will be judged by a special VR Curatorial Committee of experts. The latter is designed for the competition to judge audio for larger-scale physical installations that were commissioned by an advertiser or marketer for brand promotion. In this category, entrants may submit a case study video or walkthrough video with a written description of the experience in question and what role music, sound design or audio mix played in its success.

The former acknowledges the complexities of production and execution by the music, sound and/or mixing team. “There are so many amazing behind-the-scenes stories about the challenges and solutions required to pull off a project - whether a new instrument was created, a new technology was developed, or million puzzle pieces had to come together,” Menkes explains. “This new category will allow us to celebrate projects that could use a little more context to the final piece of music or sound.” Entrants may submit a case study video or an “as-aired” video of the final project, accompanied by a written description.

The Band+Brand category acknowledges creative collaborations and coordinated marketing efforts between a brand’s campaign and a specific recording artist or song beyond simple sync licensing agreements. As with the Most Innovative category, entrants here may submit a case study video or an “as-aired” video of final work, with a written description of the campaign.

“The crossroads of the recording industry and advertising have expanded beyond simple sync licensing agreements to true creative collaborations of original content and integrated campaigns,” Menkes points out. “Consider things like OK Go’s collaboration with Morton Salt on ‘The One Moment,’ Converse’s investment in ‘Rubber Tracks’ recording studios or Major Lazer’s upcoming ‘Sound of Rum’ initiative with Bacardi. We wanted to recognise the creative and strategic thinking that goes into these, along with the overall creative quality of the work that comes out of them.”

These new and revised categories join a lineup of categories which includes:

▪ Most Effective Use of Music in a Campaign

For more information on AMP, click here. Additional news on the 2017 AMP Awards will appear on the awards’ web site, as well as on AMP’s Facebook page.