Chipotle’s “The Scarecrow” Wins Best in Show for duotone 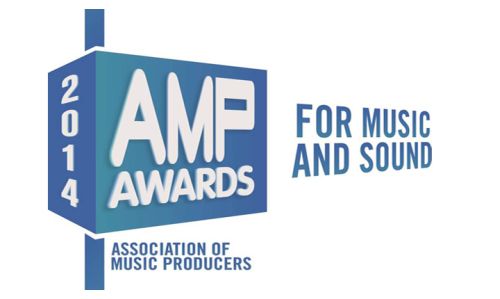 Chipotle’s “The Scarecrow,” an animated short that depicts the impact of factory-produced, processed foods as seen through the eyes of a forlorn scarecrow, was named Best in Show at the 2nd AMP Awards for Music and Sound, sponsored by the Association of Music Producers.

The film uses a haunting version of the song “Pure Imagination” recorded by Fiona Apple as its powerful soundtrack. Entered by duotone audio group in New York, which handled music supervision on the project, it was created by CAA Marketing and produced by MoonbotStudios.

“The Scarecrow” also won the AMP Award for duotone in the category of Best Use of Music / Sound for Web or Interactive Branding.  It was among a dozen AMP Awards handed out at a sold-out awards gala and party held at City Winery in New York tonight.

Also earning two AMP Awards was Walker, the Portland, Oregon-based music studio, which won in the Outstanding Adaptation category for “The Boxtrolls Trailer # 2,” produced for LAIKA, the animation studio, and in Most Effective Use of Music in a Campaign for “Baby Face,” produced for Old Spice Body Spray.

The induction of two iconic brands into the AMP Hall of Fame also took place during the AMP Awards gala.  Recognized for Outstanding Achievement in the Use of Music to Define the Brand was Nike and Budweiser.  Accepting on behalf of Nike were Mark Thomashow, Global Director Business Affairs / Brand Communications and JT Griffith, Music Creative and Licensing Manager, while Tom Kraus, Director of Budweiser for Anheuser Busch, accepted on behalf of Budweiser.  The Hall of Fame honors were presented by Greg Glenday, President of Clear Channel Connections.

Most Effective Use of Music in a Campaign:

Best Use of Music for a Film or Game Trailer:

Featuring “All Along The Watchtower” Artist:  Jimi Hendrix

Best Use of Music / Sound for Web or Interactive Branding:

“Sing About It,” Charmin