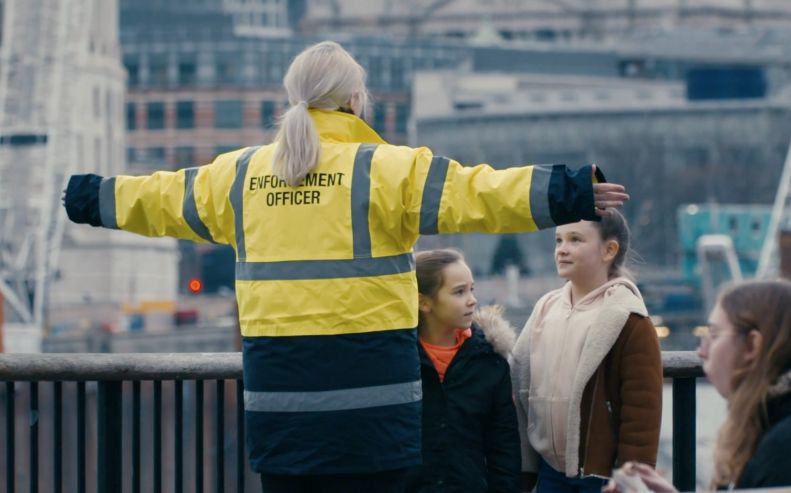 It’s an undeniable truth that families belong together, but this is not currently the case for a number of refugees who are denied a family life in Britain.

This is why Amnesty International UK organised the first ever ‘family-free zone’ on the Southbank on Saturday 2nd March, as part on their ongoing effort campaigning for refugee families to be together.

The surreal experience saw two security guards patrolling the area in busy Southbank, telling families that they couldn’t enjoy the view, take pictures, sit, chat or eat in the zone together. Instead, they must split up, and if they wanted to stay together then they were unable to pass through the zone.

The experience highlighted the ridiculous, and seemingly arbitrary, nature of the existing law, galvanising the public to sign a petition to call on the Home Secretary, Sajid Javid, to amend the law himself.

The campaign builds on the success of Amnesty’s installation on the Southbank last year where they placed families in a glass box over Mothering Sunday, and had them carry out their normal routines; playing Monopoly, watching TV, eating pizza. It demonstrated the undeniable wonder of everyday family life that many refugees were being denied, and resulted in 13,715 people emailing their MPs and 129 MPs voting in favour of the Refugee Family Reunion Bill.

Sam Strudwick, head of communications and engagement at Amnesty International, said: “Everyone should have the right to be with their families, but current strict and unfair rules are keeping refugee families apart in the UK. Last year our living installation on the Southbank celebrating the wonders of family life helped to secure cross-part support from MPs to change this. But almost a year later and the Government is stalling.

“We want to show the Government that there is still widespread public support to change this issue, by highlighting the ridiculousness of these rules. The ‘Family-free Zone’ parodies the absurdity of these rules and asks the UK public to back our call to the Home Secretary to change them once and for all.”

Jonny Parker, creative director at VCCP, added: "We're delighted to be helping support Amnesty International keep refugee families together. We had a great reaction from the public and we're hoping loads more will take action to make sure humanity wins on this issue."