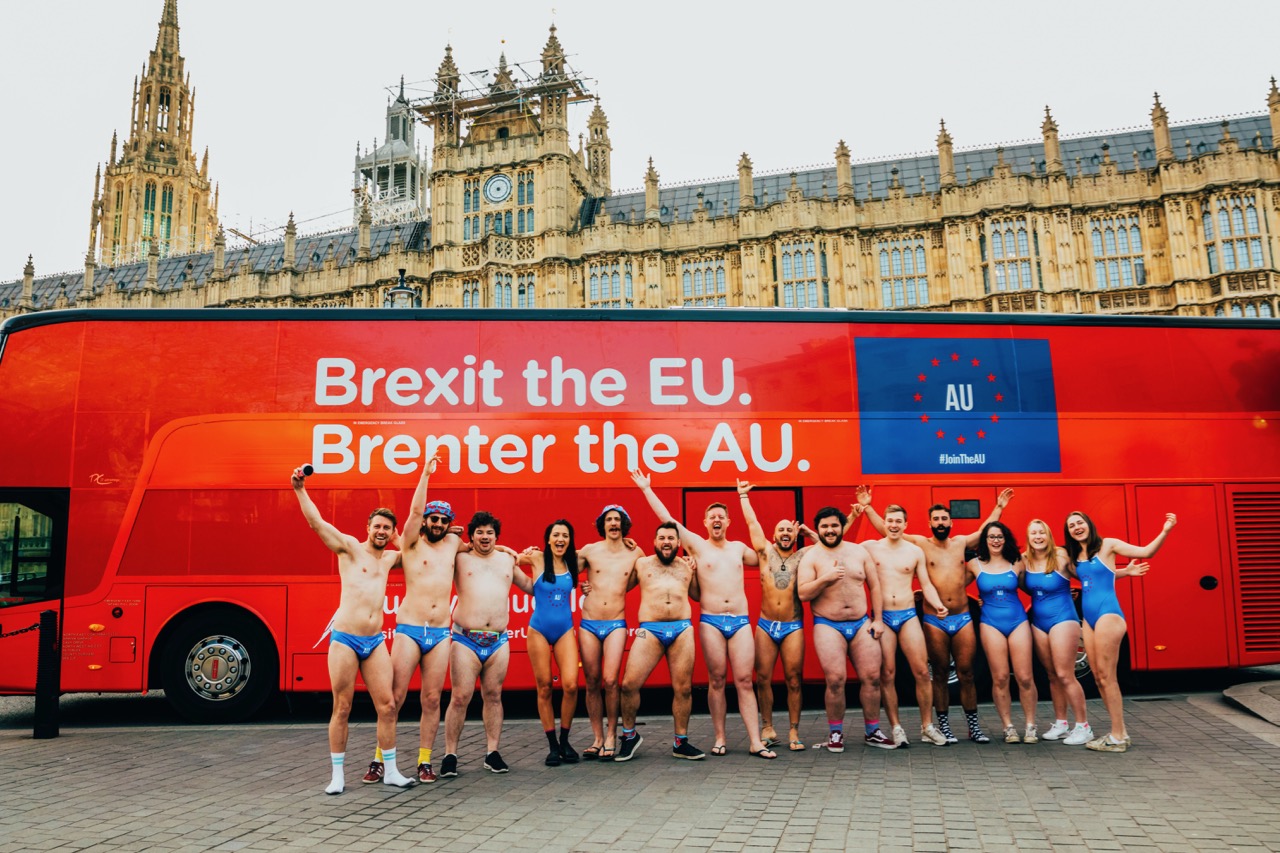 Australian swimwear brand Budgy Smuggler has today launched a call for the UK to leave the EU and #JoinTheAU as part of a new campaign developed by Clemenger BBDO, Melbourne.
Launched ahead of Wednesday’s extraordinary session where the UK parliament will vote on possible Brexit outcomes, the campaign is calling on MPs to consider a new proposal – to ‘forget the EU’ and ‘Join the AU’ and form a new super union between two great nations.

Launched in London this morning, the #JoinTheAU campaign was announced via a campaign film and co-ordinated PR and influencer activity across the UK and Australia.

In the UK, the campaign launched via a press conference hosted on a #JoinTheAU branded campaign bus outside the Houses of Parliament.

In Australia, a group of #JoinTheAU advocates, dressed in nothing but their AU Budgys, announced the campaign on Bondi Beach.

Says Adam Linforth, chief smuggler and head of the #JoinTheAU campaign: “As a brand with offices in Australia and the UK – which is our UK/Europe base – we’ve been watching intently as Brexit has unfolded, and to be honest it looks like a complete shit fight, so we thought we’d extend an olive / eucalyptus branch from sunny Australia.

“When we heard that parliament had seized control of Brexit and were holding an extraordinary session, we realized that we hadn’t seen any extraordinary solutions. So, we took some initiative and have provided an option that hopefully British MP’s can support – head down under and #JoinTheAU.”

Says Rich Williams, executive creative director, Clemenger BBDO Melbourne: “We know this whole Brexit business has turned into a bit of a shemozzle, but we’ve come up with the perfect solution. Why doesn’t Great Britain join the AU? We can form a super union. Imagine combining all our stunning beaches, beautiful weather and cute wildlife with all their… British stuff. It’s a marriage made in heaven.

“But first things first, if they’re going to join us on the sand they’ll need to update their beachwear with the official uniform of Australia, a pair of Budgy Smugglers.”