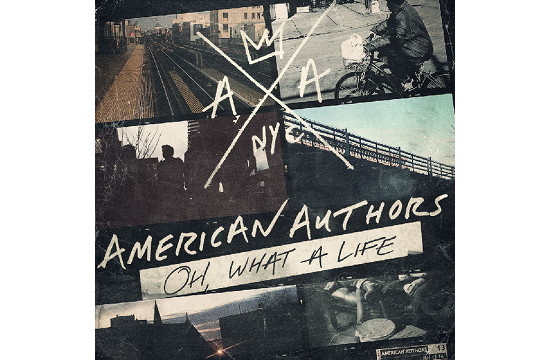 You’ve heard “Best Day of My Life” on TV and the radio, online and in theatres – now you can hear Island Records artists American Authors play it live. The Brooklyn-based foursome is confirmed to headline the upcoming Association of Music Producers’ AMP Awards for Music and Sound gala.

The event, which marks the 2nd Annual presentation of AMP’s Music and Sound Awards, is set for May 7 at City Winery in New York. Show organisers will be signing additional acts to perform at the gala, which promises to be the loudest awards show in the industry. Clear Channel will be returning as a major sponsor of the 2014 AMP Awards, joined this year by Island Def Jam.

The AMP Awards has also announced that two new categories have been added to the competition for 2014, honouring work in the areas of Sonic Branding and Radio Commercials.  Entries for the AMP Awards are now being accepted on the awards’ entry site at http://awardcore.com/amp/login.php.

American Authors’ “Best Day of My Life” – included on the band’s debut album, “Oh, What a Life” – was released last year and quickly become a marketers’ favourite. To date it’s been heard in spots for Lowe’s and Toyota in the US and Hyundai in the UK, as well as on promos for Major League Baseball broadcasts, the History Channel and the CBS sitcom “The Crazy Ones.”

“We’re thrilled to present American Authors to all of the industry professionals who’ll be in attendance at the AMP Awards gala,” says newly-elected AMP President Marlene Bartos, Executive Producer and Managing Director of Yessian in New York. “And we’re just as excited about the new categories we’ve added this year, which honour achievement in the emerging field of sonic branding as well as in time-honoured medium of radio. There’s exciting work being done in both these areas, and it’s important that as music and sound producers we recognise this in our competition.”

Entries in the Most Effective Sonic Branding category should reflect achievement in creating a memorable sequence of notes, musical figure or sound/mnemonic which have been incorporated for the benefit of brand recognition across any media platform. The Most Impactful Radio Commercial category is open to radio spots whose success and impact on the listener, as deemed by the judges, are seen as a direct result of their creativity, production and sound.

Additional AMP Awards categories are open to entries in the areas of Best Original Song, Outstanding Adaptation, Best Use of a Licensed Song, Outstanding Sound Design, among others.  For a full list of categories, rules and eligibility requirements, visit the AMP web site at www.ampnow.com.