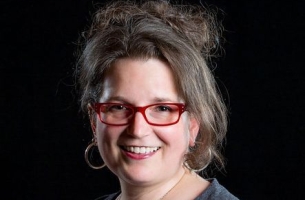 The AME Awards added Technology to the Products & Services category this year to showcase digital advertising and marketing employed to drive consumer engagement. This newly launched category saw two entries move on to the medal round by Serviceplan Germany: “SKY SQREENING” for client Sky and “Speaking of Images” for World Press Photo.

This year’s shortlisted entries reflected the convergence of technology and creativity on behalf of brands: DigitasLBi Nordics Sweden’s “Volvo Virtual Sellout,” an augmented reality campaign, engaged consumers via a unique digital experience which included an online showroom and web shop and a virtual test-drive using Oculus Rift; Serviceplan Middle East’s “BMW xWalk” featured an interactive art installation/3D optical illusion at the Dubai World Trade Center showcasing the benefits of the BMW xDrive, and bringing to life the idea, "Go smooth on uneven roads"; and Atomic 212 Australia’s “Lucy the Robot” for client Double Robotics recruited a Double telepresence robot for their Australian launch. A remote user was employed to maneuver the robot for the two days that it waited on line outside Sydney’s Apple store interacting with consumers and press in anticipation of the iPhone 6.

Guerilla marketing campaigns were in the spotlight: A&E Television Network’s “Damien Comic-Con” innovative and eye-catching guerilla campaign advertised Damien, the man character of the A&E series, via street teams carrying posters alongside religious protestors at Comic-Con. Bartle Bogle Hegarty China’s “Anti-bacterial Red Packet” for Lifebuoy set out to leverage the symbolic red packets, or hongbao—the gifting envelopes that friends and family exchange during Chinese New Year. Lifebuoy combated the dangers of germs and viruses by creating anti-bacterial red packets that after being used for gifting could be used to wash your hands to fight bacteria and germs. BBDO New York rallied on behalf of draft breweries in New York State with their shortlisted campaign, “Think New York, Drink New York.” The campaign engaged beer enthusiasts, capitalizing on their passion around unique craft beers with the passion and pride of being a New Yorker.

Credit cards were in the spotlight this year with both MasterCard and Visa campaigns moving on to the medal round. McCann XBX USA’s saw two entries for “#OneMoreDay” shortlisted, a campaign that stood up to an obsessive work culture, encouraging people to take #OneMoreDay and make it priceless with MasterCard. OMD China’s “Visa Rental Bike” saw two entries shortlisted. The campaign targeted young affluent Chinese Visa customers and equipped them with free bikes and mobile GPS-devices to explore foreign cities “off-the-beaten-track,” extending to virtual online experiences that influenced more Visa customers back in China

Campaigns whose messaging contributed to causes, or raised social and civic awareness on behalf of organizations or brands moved on to the medal round including: SapientNitro’s “#HaloFeeditForward,” for client Halo Purely For Pets, enlisted trained adopted dogs to embody the Halo brand by “feeding it forward” to a shelter animal in need of nutrition and a forever home. Showpony Advertising Australia’s campaign “Aboriginal Immunisation” for SA Health increased immunizations for Aboriginal children at ages 2, 4, and 6 months. The campaign featured a gift pack of 3 growth suits for babies with messages on the sleeves reminding parents of the appropriate age for immunization—the results showed a huge uptick from the 71% average to almost 92% increase in Aboriginal children vaccinated. Grabarz & Partner/GGH Lowe Germany “Nazis Against Nazis - Germany's Most Involuntary Charity Walk” for ZDK Zentrum Demokratische Kultur tricked participants in a pro-neo-Nazi march by turning it into a charity walk to raise attention and money for EXIT-Deutschland, an initiative assisting neo-Nazis who want to leave the extreme right-wing movement. For every meter the neo-Nazis marched, they donated EUR 10, for their own opting out, giving them the choice to either donate or stop their own march.

The USA was second running this year with 27 entries shortlisted; Australia was next in line with 6 entries shortlisted followed by with China with 5. Canada, Philippines, and the United Arab Emirates each saw 4 entries move onto the medal round; Egypt and Taiwan each had 3 entries shortlisted, Malaysia 2, and India, Italy, Hong Kong Sri Lanka, and South Africa each had a single entry shortlisted.