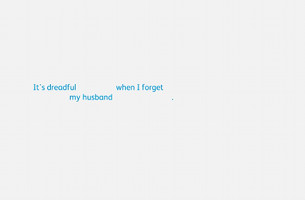 Alzheimer’s Society today launches the first phase of its new, national, integrated brand campaign, to coincide with the UK cinema release of Oscar and BAFTA winning film ‘Still Alice’, starring Julianne Moore as a linguistics professor who is diagnosed with early-onset Alzheimer’s.

“Fade”, the 50” film, created by Fallon London and produced by Fallon Film, will run before all screenings of the film in Pearl & Dean and DCM cinemas across the UK. Both organisations have given Alzheimer’s Society the media space for free.

The emotive film, created and directed by Oli Rimoldi, Sigi Egedal, designed by Dan Montgomery and creatively directed by ECD Nick Bell, is the first in a wave of brand communications developed to illuminate the charity’s purpose and to let people know Alzheimer’s Society is there for when families and carers need information, support and advice.

Linda Seaward, Head of Marketing, Alzheimer’s Society, said, ‘This is a wonderful opportunity to get Alzheimer’s Society’s message of hope and support to a wider audience in an original and emotive way’Nick Bell, Executive Creative Director, Fallon said, ‘It’s not everyday you want your client in tears when you present a creative idea but on this occasion, it was the best reaction we could have asked for”.

Fallon was appointed as lead creative agency for Alzheimer’s Society in April last year following a competitive pitch. The charity’s investment in its brand is part of its five-year plan to ensure those living with dementia, and their families, know where to go when support is needed.