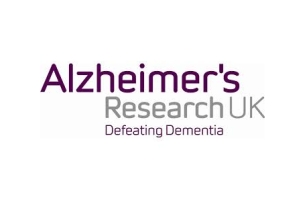 Alzheimer’s Research UK, the UK’s leading dementia research charity, has appointed ais London to be its strategic and creative agency. ais London will start working with the charity immediately in raising awareness of the condition that affects 850,000 people in the UK.

ais London has been brought on board to lead all supporter acquisition and retention campaigns for the charity. This is the first time Alzheimer’s Research UK has appointed a full service agency.

Carolyne Coupel, head of supporter marketing at Alzheimer’s Research UK says “We are delighted to be working with ais London. They have the ability to create stand-out creative work that delivers results. Alzheimer’s disease and other forms of dementia are really misunderstood in society and we believe that with ais London’s help, we can drive a real shift in how people view dementia and our charity, and channel more funding into research to defeat the condition.”

Liz Barnsdale, managing director at ais London says about the appointment: “We’re thrilled to be working with such a game-changing charity. Alzheimer’s Research UK is carrying out world-class pioneering research to find treatments and ultimately a cure for dementia. It's a journey to get there that takes awareness and funding and we're proud to say we'll be working with the charity every step of the way.”