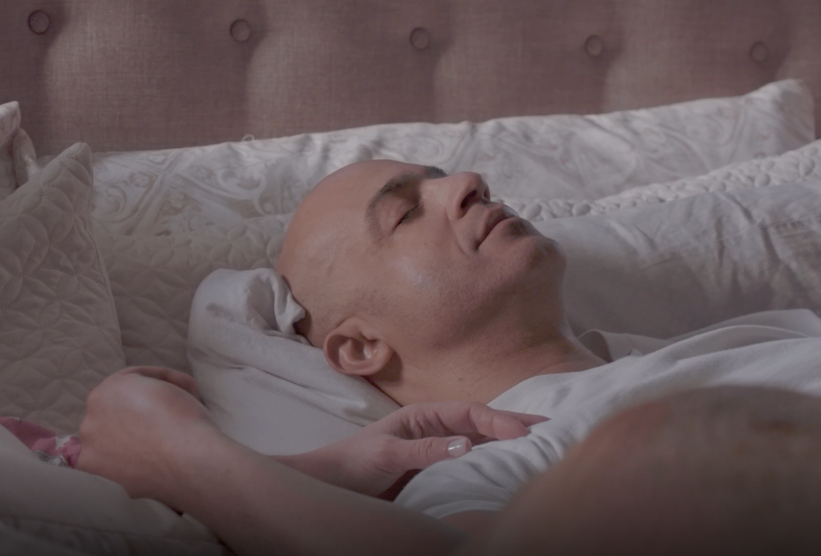 In time for November and National Alzheimer's Disease Awareness Month, the Alzheimer’s Association shares one family’s moving perseverance in the heartfelt PSA 'A Good Man', out of Boston-based production company ELEMENT Productions and creative agency Full Contact. The tear-jerker tells a tale familiar to millions of families around the world and includes tools offered by the Association to further aid in leading as healthy and happy a life as possible for those affected by and struggling with Dementia.

In the piece, directed by Matt Luem, Elissa Carreras notices a shift in her husband Jeff Craddock that - due to his relatively young age - she misperceived as a lack of engagement as a husband and father. Once problems at work began to surface as well as at home, and with their marriage on the line, the couple sought medical treatment for his waning memory and learned he suffered from early-onset Dementia.

Faced with the reality of a disease with no cure, they equipped themselves with the means of slowing its perpetual march, and ultimately turned to the Alzheimer’s Association for its invaluable resources and guidance. Per the advice of Jeff's neurologist, the family isolated early bucket-list dreams and began planning the national road trip of a lifetime.

“Jeff and Elissa’s story is not a tragedy by any means. It is a love story,” notes Full Contact partner/CD Marty Donahue. “Yes, Jeff’s diagnosis of Early Onset Alzheimer’s at just 51 years was a terrible blow, but the family’s response to it and their will to fight the good fight is nothing short of extraordinary.”

Adds ELEMENT executive producer Kristen Kearns: “This brutal disease has impacted almost our entire team. When we began this collaboration with Full Contact and the Alzheimer’s Association, it was eye-opening how many people had a story about Alzheimer’s and how the disease affected a neighbour, a parent, or friend. Giving back to organisations like the Alzheimer’s Association is part of our company ethos. We’re proud to help tell this story and create awareness about the reality of this disease.”