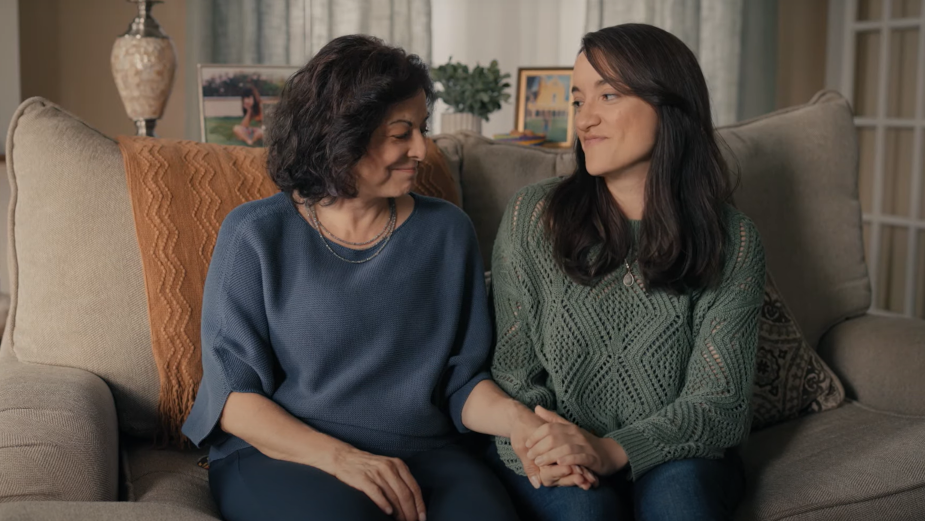 During National Alzheimer's Disease Awareness Month and National Family Caregivers Month in November, the Alzheimer's Association is teaming up with the Ad Council to launch a new national communications campaign ‘Hopeful Together.’ Highlighting the campaign are public service announcements (PSAs) aimed at encouraging families to discuss cognitive concerns with each other and their doctor sooner to enable early diagnosis of Alzheimer's disease and other dementia.

"Many families are hesitant to discuss cognitive concerns even when they know something is wrong," said Michael Carson, chief marketing officer, Alzheimer's Association. "But having these critical conversations and seeing a doctor together can help facilitate early detection and diagnosis, offering individuals and families important benefits. Some forms of cognitive decline are treatable, so it's important to get a medical evaluation. This communications strategy will enable and empower families to be proactive in addressing cognitive concerns, so they can get the help they need."

A new Alzheimer's Association/Ad Council omnibus survey finds fewer than half of Americans surveyed (44%) say they would talk to a loved one right away about seeing a doctor if they noticed signs of cognitive decline. Instead, those polled say they are more likely to check in with other relatives (56%) and do research online (50%) when observing troubling signs.

The new 'Hopeful Together' campaign aims to overcome current barriers that prevent families from discussing cognitive concerns. The PSAs, available in both in English and Spanish, are inspired by real-life stories from three families who were proactive in initiating conversations after family members noticed cognitive changes in themselves or a loved one. The campaign's website (in English or in Spanish), offers tools and resources to help families recognise early warning signs of Alzheimer's, tips for facilitating conversations about cognition, benefits of early detection and diagnosis, a discussion guide for use with doctors and health providers and other disease-related information.

The new survey sheds light on some common reasons families are reluctant to address cognitive concerns. According to the survey, top reasons for not addressing cognitive changes with a family member sooner, include "unsure if changes were normal aging" (39%), "it would be a difficult conversation" (35%) and "not wanting to hurt a loved ones feelings" (31%).

"We know many families struggle with raising these concerns," said Heidi Arthur, chief campaign development officer, Ad Council. "It's our goal that this critical campaign will continue to encourage audiences to notice the signs early, trust their gut, and have the talk. These conversations make all the difference in the lives of those who have been diagnosed and their families."

The national communications campaign includes PSAs featuring real stories from Hispanic and African American families to reach two vulnerable populations at higher risk of the disease. Older African-Americans are about twice as likely to have Alzheimer's or other dementias, as older Whites Americans. Hispanic Americans are about one and one-half times as likely.

The ‘Hopeful Together’ national communications campaign was created and produced pro-bono by Content+, the creative and production group within global media agency Mindshare. Mindshare also developed a multi-channel media strategy and audience plan for the campaign. The PSAs will run on television, radio, print, outdoor, and digital sites across the country.

"We are honoured to be part of this important campaign," said David Lang, chief content officer, North America, Mindshare. "Alzheimer's is an insidious disease that has affected so many families, including many of our own. We hope this campaign will capture the attention of people across the nation and encourage them to have those very difficult family conversations and go see a doctor together to get the help they need."

During National Family Caregivers Month in November, the Alzheimer's Association is also encouraging all Americans to support Alzheimer's and dementia caregivers.

"Caring for someone with Alzheim­er's or another dementia becomes an around-the-clock job—it can be all-encompassing, and all-consuming," said Monica Moreno, senior director, care and support, Alzheimer's Association. "During November, we're encouraging people to make a concerted effort to lend a hand in appreciation for all they do. Providing help and support to caregivers can be easier than most people think. Even little acts can make a big difference."

The Alzheimer's Association offers these suggestions:

To learn more about Alzheimer's disease and ways you can support families and people living with the disease, visit here.