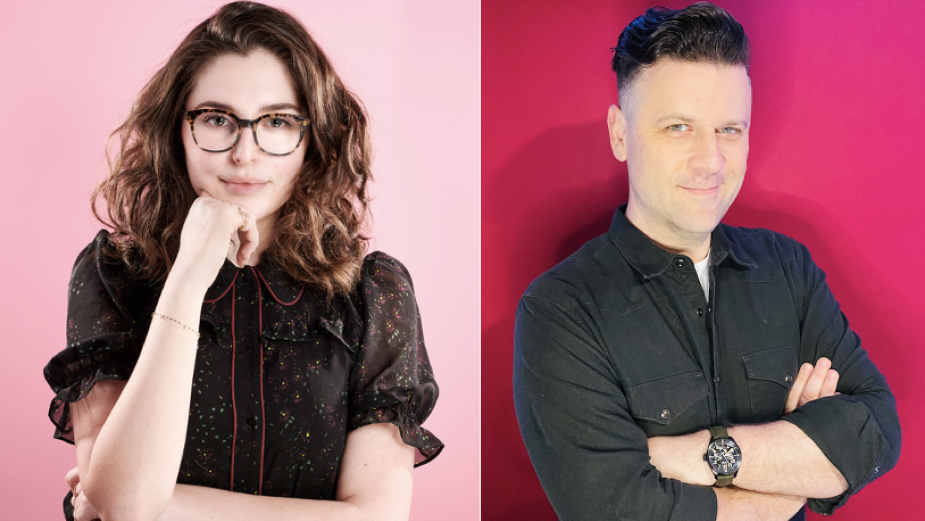 Digital creative agency Unfold made two recent hires to its executive team. Alyson Fishbein has been hired as senior director, social accounts and Adam Vadnais has joined as VP of the agency’s new social team.

Fishbein joined Unfold with more than 10 years of digital and social experience. She is an accomplished digital marketing professional with a proven ability to set and meet aggressive goals, grow an audience, and create engaging content. Fishbein fell in love with social nearly a decade ago when she was working at CBS News, and she has grown in the industry ever since. She’s led groundbreaking social campaigns and teams at iHeartRadio, AwesomenessTV, Rachel Zoe Inc., and Endemol Shine North America.

Most recently, Fishbein was at Trailer Park Group and oversaw social accounts for clients including Warner Bros., Netflix, Hulu, Amazon, HBO Max, BET and others. Some of her favorite campaigns among those she’s worked on include Tenet, The Boys, Malcolm & Marie, Judas and the Black Messiah, Wonder Woman 1984 and Search Party.

Vadnais’ focus is to make Unfold a major destination for theatrical, television, streaming, and video game social content and strategy. He has more than 15 years of agency experience in areas as diverse as creative content, behind-the-scenes production, animation, and motion graphics—and social is his current obsession. He’s led teams at Trailer Park, Herzog & Co., Buddha Jones, Lindeman & Associates, and, most recently, Mob Scene.

Vadnais is also an award-winning producer who has gathered a collection of Golden Trailer Awards and Entertainment Clios for his work on titles such as Game of Thrones, Fargo, and Alita: Battle Angel.

“If you thought 2020 was a breakthrough year for social media marketing, just wait until you see what’s in store in 2021,” said Unfold Co-founder and President Daniel Weisinger. “With our new insights around operating in a post-COVID world, and our hiring of Alyson and Adam to lead our social team, we’re building out a department that is already wowing clients as we collectively seek to uplevel their social engagement.”