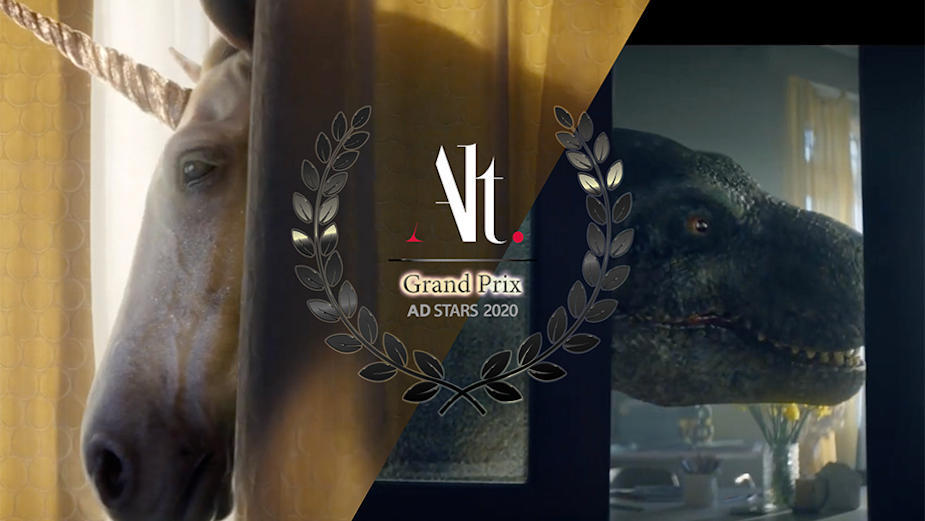 Alt.vfx was announced as one of three Australian recipients of the coveted Grand Prix award at AD STARS 2020, for the company's work on AA Insurance ‘Dinosaur vs Unicorn’.

The spot follows a juvenile T-rex as she stalks her otherworldly unicorn prey around a family home. Bumping and bashing about, the playful chase narrowly misses precious objects. Towards the end of the spot, the two characters reveal their true identity… a father and daughter living out a fantasy, embodying the idea of 'Living a Little Freer' thanks to AA Insurance.

“Dinosaur VS Unicorn brings a simple idea to life through production craft particularly, leveraging the CGI to the level of a feature film,” said Damisa Ongsiriwattana, co-founder and executive creative director at Sour Bangkok, and judge of the Film craft category.

The company's work on the Toyota Superbowl 2020 commercial ‘Heroes’ also took home a Silver in the same category.