The new appointments will push Alt forward in the VR space. 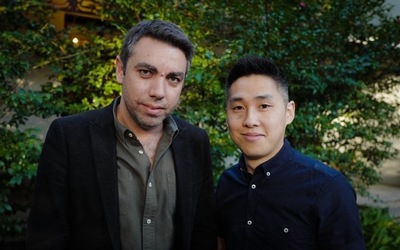 The new division (pronounced 'Altered'), will see the company capitalise on their reputation for stunning visuals such as those displayed in last year's innovative 360-degree Captain Risky campaign, the company's latest offering in the virtual reality space.


Says Colin Renshaw, co-founder, Alt.vfx: "Both Raymond and Tyrone have the kind of experience and approach that will push Alt forward in the VR space. From an Alt perspective, it is the people and the creativity that drives everything. These appointments show how serious we are about the potential of VR as a medium."

While a lot of companies in the current Australian industry are focusing on the shooting, stitching and compositing of filmed, captured content to create the 360-degree videos, Alt's ambitions lie in one of their greatest strength - the creation of stunning, fully CG visuals.

Chief technologist Leung, whose previous experience includes both gaming and virtual reality with companies like The Mill, has been leading the experimentation at Alt's Brisbane headquarters.

Says Leung: "So far we've been taking existing assets, and putting them into a real time environment using Unity and Unreal Engine. We're creating work that is usable in both CG environments and real time game engines, so part of my work is to try and optimise that kind of pipeline."

With his background in visual effects and VR, including an innovative VR project for the Northern Territories Government recreating the bombing of Darwin, senior producer Estephan is keen to emphasise the emerging nature of the new technologies.

Says Estephan: "Clients and content creators have to realise that this isn't visual effects. This is virtual reality. It's a different thing. It's not a trend. We're working on a whole new frontier. Since our focus is going to be real time, game engine powered VR, we're very excited by things like PlayStation VR, which will continue to push the limits of what we do with this new medium."

Says Takeshi Takada, co-founder Alt.vfx: "Our whole push is to find ways to leverage what we do, and do well, and make a VR experience a logical next step for a brand. In terms of story-telling, when we talk about R&D influencing creative, in many ways what we mean is that we are learning how to tell stories in a new way. That's no easy thing. It becomes our point of difference. The technology is there to create these real time environments, the only thing that is lacking in them is the quality of the visuals, which is where Alt comes in."

If you would like more information on Alt.vfx VR projects and capabilities, contact senior producer, Tyrone Estephan at T +61 2 9199 8008.