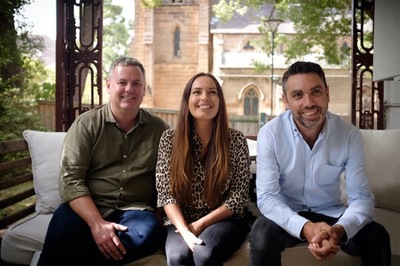 Alt.vfx has today announced a new look team of executive producers in Sydney, with the experienced Aborah Buick joining Tyrone Estephan in these newly-created roles.

Alt has also added Mark Thorley, who joins as head of production. With a wealth of experience across finance and production at organisations such as Lucasfilm and Animal Logic, Thorley will work with all of the artists and producers across the company's studio locations in Australia and the US.

Estephan, previously senior producer at Alt's studio in Darlinghurst, has had his role recently expand to that of executive producer.

Buick's addition fills out Alt's team of EPs, with founder/EP Takeshi Takada and LA-based, Chris Fieldhouse also in the line-up. She brings with her extensive experience from senior production roles at some of Australia's best VFX and post-production companies.

Says Buick: "I am delighted to join the Alt crew having worked with both owners Colin Renshaw and Takeshi Takada a number of years ago. I've watched them grow into serious players in the visual effects industry and I can't wait to get started working alongside such an amazing team."

Says Thorley: "I've always admired how Alt have grown in reputation and stature and still managed to maintain that same boutique feel. My role will be to make sure we retain that essence, but continue to keep pushing the boundaries of creativity and technology, and produce the amazing work the company is famous for."

Says Dave Kelly, general manager: "We have been looking to bring Aborah and Mark on for a while now, and thankfully the time was right for that to happen. Tyrone has been doing an amazing job in Sydney, and Aborah will only enhance our offering to clients. Elsewhere, Mark's extensive industry experience will bring new order and efficiencies to our production pipeline and set us up for our next stage of growth."