Alt.vfx: From Start-up to Culture-Shaper

Trends and Insight 586 Add to collection 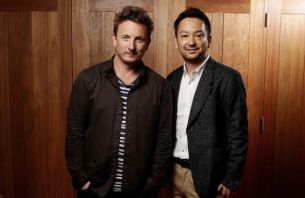 Five years after having decided to “shit or get off the pot”, Colin Renshaw and Takeshi Takeda have turned Alt.vfx into one of the biggest names in Australian post-production. Based in Brisbane, things show no sign of slowing, thanks to a new office in Sydney and clients coming in from all over the world. LBB’s Adam Bennett caught up with the founders to reflect on the journey so far and what the future has in store…

Alt.vfx’s growth is most tangibly seen in the number of staff it now employs. “We started with just six staff, a core group that included Tak and myself, that had a shared vision for what we wanted and the kind of work that we wanted to produce,” says Colin. “From there, we’ve grown to around 60 full time staff, working on projects across the world for a global customer base."

And it’s not just the customers who got more and more international, as Colin explains that “the standard of Alt.vfx’s work has brought in even more amazing talent to the city from the US, Argentina, France and the UK and beyond."

The studio’s success has also had a ripple effect in Brisbane’s creative community more generally. “I think our success has broadened the awareness of Brisbane’s film and television industry globally, and helped challenge the perception that Sydney is the core of the Australian creative industries,” says Takeshi.

When pondering the moment that the gears really started to kick in, the duo are united in their thoughts.

“The one that really kicked things off in a huge way for us was the Toohey’s ‘Nocturnal Migration’ spot, which featured herds of deer wandering through a cityscape at night,” says Colin. “Created fully in CG, it showed our peers that this tiny Brisbane based start-up could create photo-realistic VFX that were on par with any feature film, and could do it with less time and less money. After that we won a whole heap of awards across the world, and the work just flowed towards us.”

“The Toohey’s spot really helped us establish ourselves,” adds Takeshi. “That spot basically put us on the map and opened up a lot of doors for us to connect with people from all around the world. Another project that has helped reinforce our brand in Asia was the Japanese Pepsi Strong series, based on the folklore tale of Momotaro. That was a mammoth cinematic project that really showcased our creature design team. It became a cult hit in Japan, winning every creative industry award going.”

Creating realistic creatures is definitely something of a speciality – and it’s an art that’s been constantly perfected over the past five years of Alt.vfx. “I think our creatures all benefit from the way we research each new design,” says Colin. “We do extensive anatomical studies, even for mythical or invented species. We try and base every design choice in a physical world and have some kind of evolutionary logic to it. People feel reality cues at a subconscious level – they can feel something is wrong without even knowing what it is. It could be the length of the legs, the gait. We need to give things a reason for existing.”

It’s this search for authenticity that’s the greatest challenge in VFX – the post that shouldn’t be noticed. “There is an old VFX joke about the director who wants a galloping horse which is formed out of water, but he doesn’t want it to look like CG. We deal with that every day,” says Colin. “We love creating invisible VFX. Digital sets, cars, you name it. The idea is the work shouldn’t be noticed. We once worked on a project that won a Cannes Lion for a production designer for set work, that we built entirely in CG. I took that as a compliment. Making it feel authentic to the viewer when he knows it isn’t real can be tricky.”

So what’s up next for Alt.vfx? The studio is seeking to expand overseas in the future. Colin and Takeshi are looking at the potential of an Asian office, perhaps in a location such as Japan or Thailand.

But that doesn’t mean that there will be any shying away from the creative landscape in Brisbane – far from it. “The creative sector is one of the biggest industries we have in Queensland,” says Takeshi. “The state government and Brisbane city have been putting a lot of emphasis on building a sustainable creative eco-system. As a result of this effort and encouragement, we are starting to see more creative start-ups. As well as that, Queensland is currently experiencing a renaissance in feature film production with Warner Brothers’ studio at the Gold Coast being fully booked out for the next two years or so. No doubt that we have the one of best locations and facilities in the world.”

What’s more, on the Alt.vfx website it’s exclaimed that they’re always “striving to find the right people to work with”. And what is it that makes a client the right client?

“We love all of our clients!” says Renshaw. “But the best ones are the ones who are open to exploring creative possibilities, especially when it requires a leap of faith.”