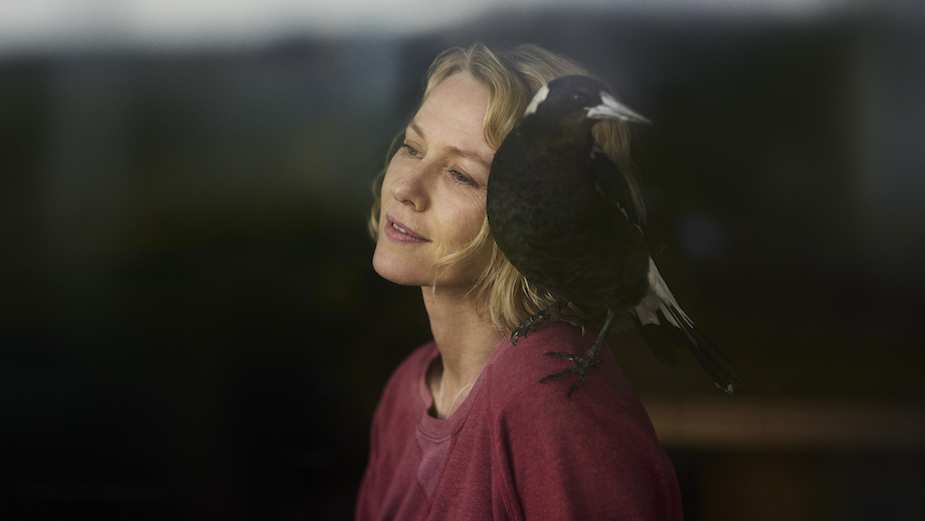 After Glendyn Ivin’s 'Penguin Bloom', the adaptation of Bradley Trevor Greive and Cameron Bloom’s novel starring Naomi Watts, Andrew Lincoln and Jacki Weaver, reached top spot in the Aussie box office in recent weeks, Alt.vfx has released a VFX breakdown of the work the company did on the film.

The drama was produced by Emma Cooper, Watts and Made Up Stories’ Bruna Papandrea, Jodi Matterson and Steve Hutensky.

Released in cinemas in January 2021 by Roadshow Films here in Australia, and on Netflix worldwide (selected territories), the film follows Watts as Sam Bloom, a young Sydney woman who broke her back after a railing snapped and fell head-first six metres onto a concrete floor while holidaying with her family in Thailand in 2013.

After being diagnosed as a paraplegic, she slipped into depression and hopelessness until her son Noah found a frail, injured magpie chick. By caring for the little bird, which the family named Penguin for her black and white plumage, she regained her strength and confidence.

The character of Penguin was a perfect combination of live action, puppeteering and CG working in unison to achieve the ideal performance for every scene. With over 200 VFX shots in the film, Alt’s work included a number of CG magpie shots for each stage of Penguin’s life (fledgling, adolescent and adult) all with their own model, texture and groom variants.

Jason Hawkins, VFX supervisor, Alt.vfx, said: “Working with Glendyn and the Made Up Stories team on Penguin was the most fulfilling project I’ve ever done. It’s not often that you connect with something on so many levels. Emotionally, aesthetically, and technically, this one ticked all the boxes – and it involved an amazingly collaborative team from pre-production all the way through to delivery in the midst of a global pandemic. We’re all incredibly proud of the work that the team has done here at Alt. For all the feathering, lighting and comp work, special mention has to be given to our head of animation, Chris Rentoul, and our animation team. The nuance and movement of Penguin’s performance is what allows our shots to sit in amongst the rest so naturally. Without that movement, the emotion and connection to the audience would be lost."

“I loved the way Alt whole heartedly embraced Penguin Bloom." added Glendyn. "Their approach to building our CGI magpies and creating the sequences throughout the film was so wonderful to be a part of. But for me it was more than just their technical ability. It’s their creative energy and collaborative spirit that really sets them apart. Jay and the team at Alt took real pride and ownership of what they created, and you can see and feel this in the work on screen.”